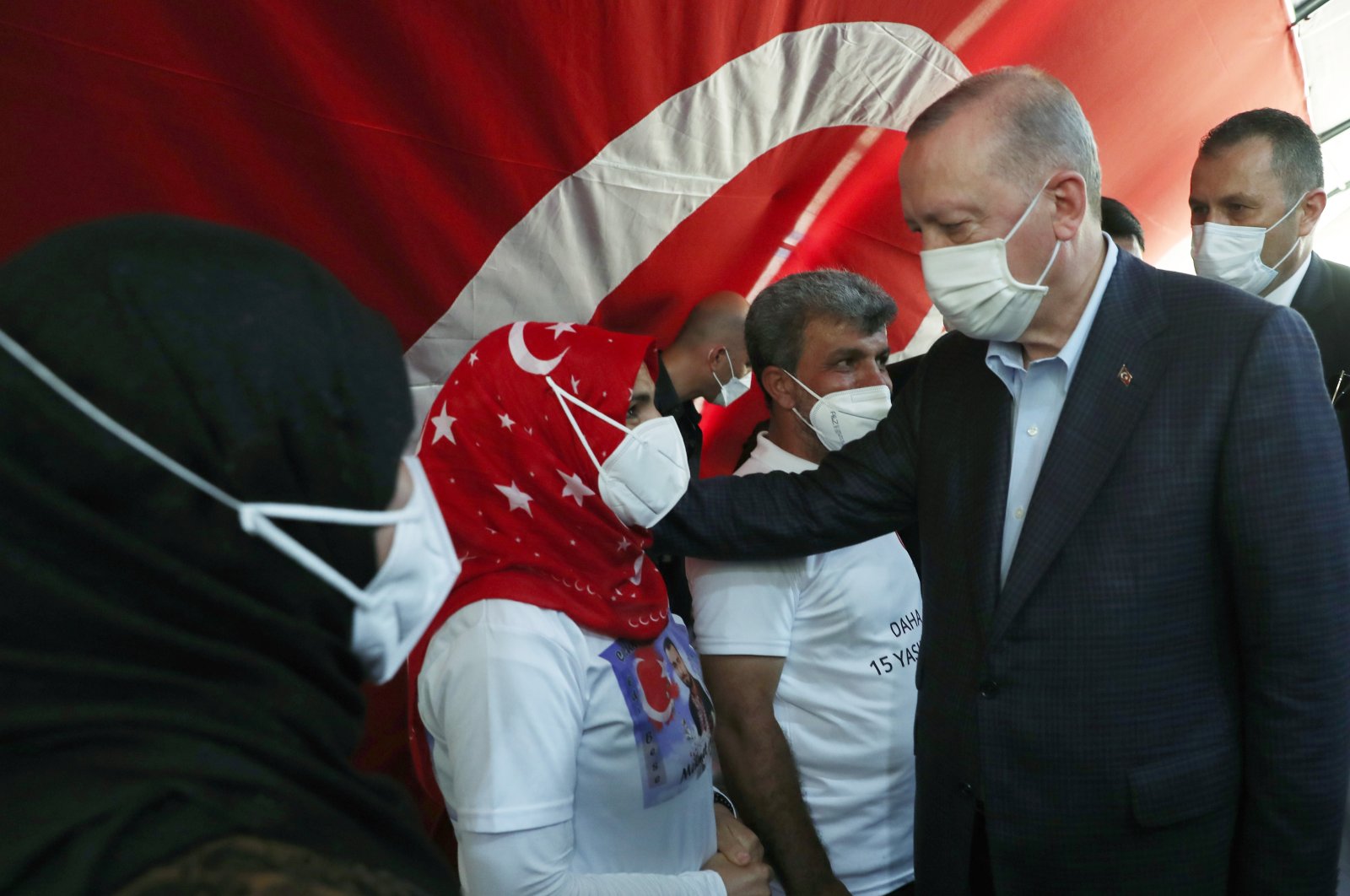 Addressing the ruling Justice and Development Party's (AK Party) extended consultation council meeting in the southeastern Diyarbakır province, Erdoğan said: "With the flag they raised, the mothers of Diyarbakır both destroyed the walls of fear and exposed the treacherous face of the separatist organization and its political extensions."

"Neither in any phase of our 40-year political life nor in the 20-year AK Party period, we have never surrendered to terrorism or violence," Erdoğan said as he reiterated the government's support for the ongoing anti-PKK protests in Diyarbakır.

Erdoğan went on to say that they continue to work day and night for the country's security, giving no quarter or opportunity to the terrorist PKK.

As long as they do not praise terrorism and violence, there is room in the AK Party for all kinds of ideas, all kinds of thoughts, and anyone who prioritizes the nation and country, he added.

He also criticized the indifference of Western countries and human rights organizations to the protests.

The PKK continues using the European Union's territory for propaganda, recruitment, fundraising and logistical support activities, according to a report by the EU's law enforcement agency released last year.

Later in the day, Erdoğan visited the families who have been staging a sit-in protest for nearly two years in front of the pro-PKK Peoples' Democratic Party (HDP) office in Diyarbakır to demand the return of their children abducted by the terrorist group.

Erdoğan, who performed the Friday prayer in the city, met with the families who have been holding a sit-in in front of the HDP office for 676 days.

Erdoğan was accompained by Vice President Fuat Oktay and Interior Minister Süleyman Soylu during the visit.

Erdoğan visited Diyarbakır for the first time since his last visit in March 2019. As part of the itinerary, he will also inaugurate completed projects at a ceremony to be held in front of the Diyarbakır Governor's Office.