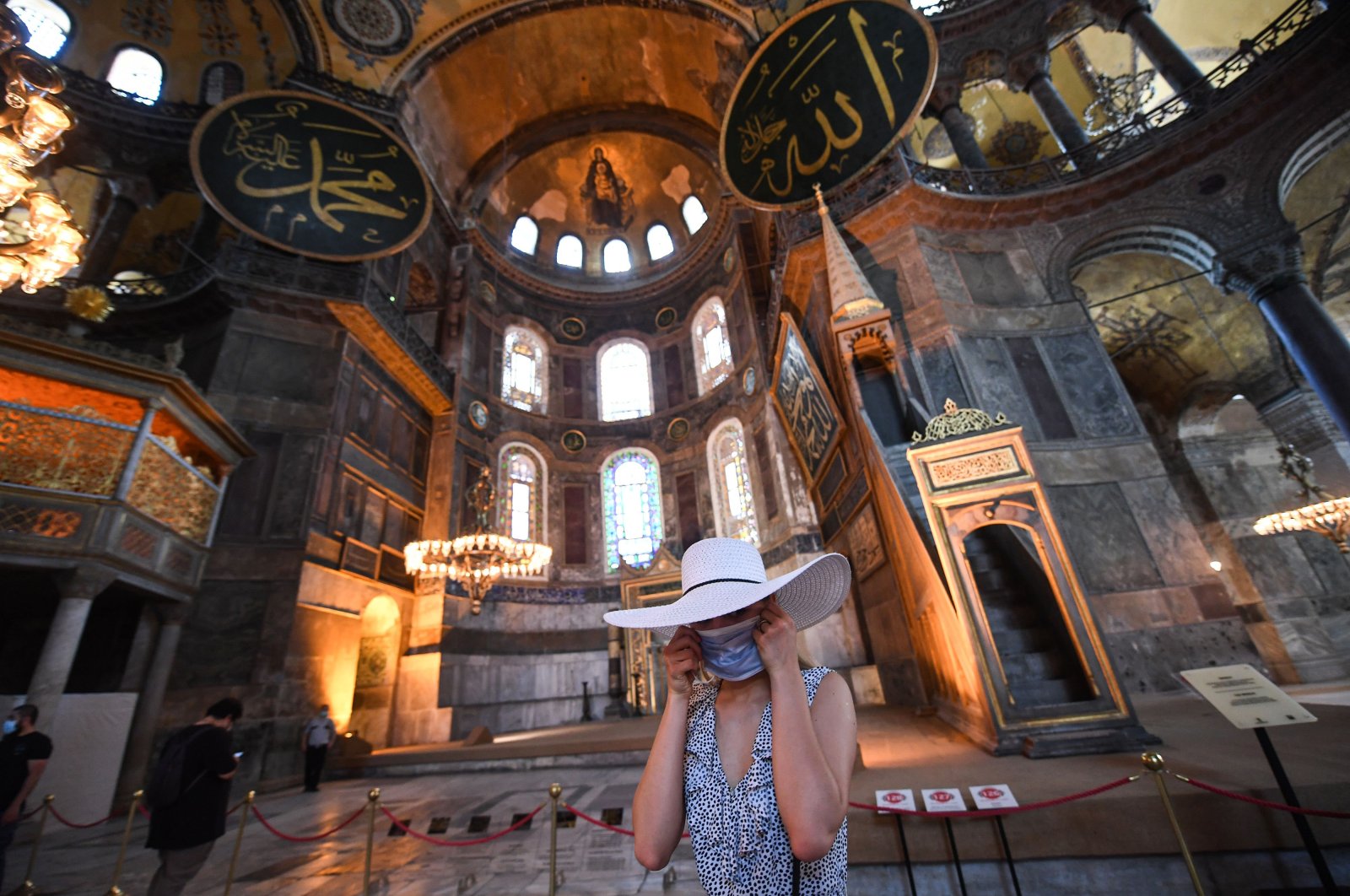 Turkey's presidential spokesman reiterated Sunday that the historical mosaics at Istanbul's iconic Hagia Sophia will be preserved, as they have been for the past 500 years.

"The main point here is that there is no damage to these mosaics, depictions, the historical texture and architecture of the building," Ibrahim Kalın told Turkish private broadcaster, NTV.

"Currently, we are working on covering them with a curtain (during prayers)," Kalın added.

Last week, Turkey's Council of State annulled a 1934 Cabinet decree, restoring Hagia Sophia's status as a mosque from a museum.

Kalın did not give details on how many people are expected to attend the first prayer at Hagia Sophia but said that social distancing rules will be applied due to the coronavirus.

He ruled out closing the mosaics for visitors.

"These will also be open to regular visitors, whoever wants to go and see those mosaics," he added.

The iconic monument was first built as a church in the Byzantine period. It became a mosque after Ottoman Sultan Mehmed II conquered Istanbul in 1453.

In 1934, the Turkish government turned the Hagia Sophia Mosque into a museum.

Its walls are covered with Christian art, including a mosaic of Virgin Mary and baby Jesus in the main hall.

Earlier, Turkey's top religious body said the presence of these paintings will not be any hindrance to prayers.