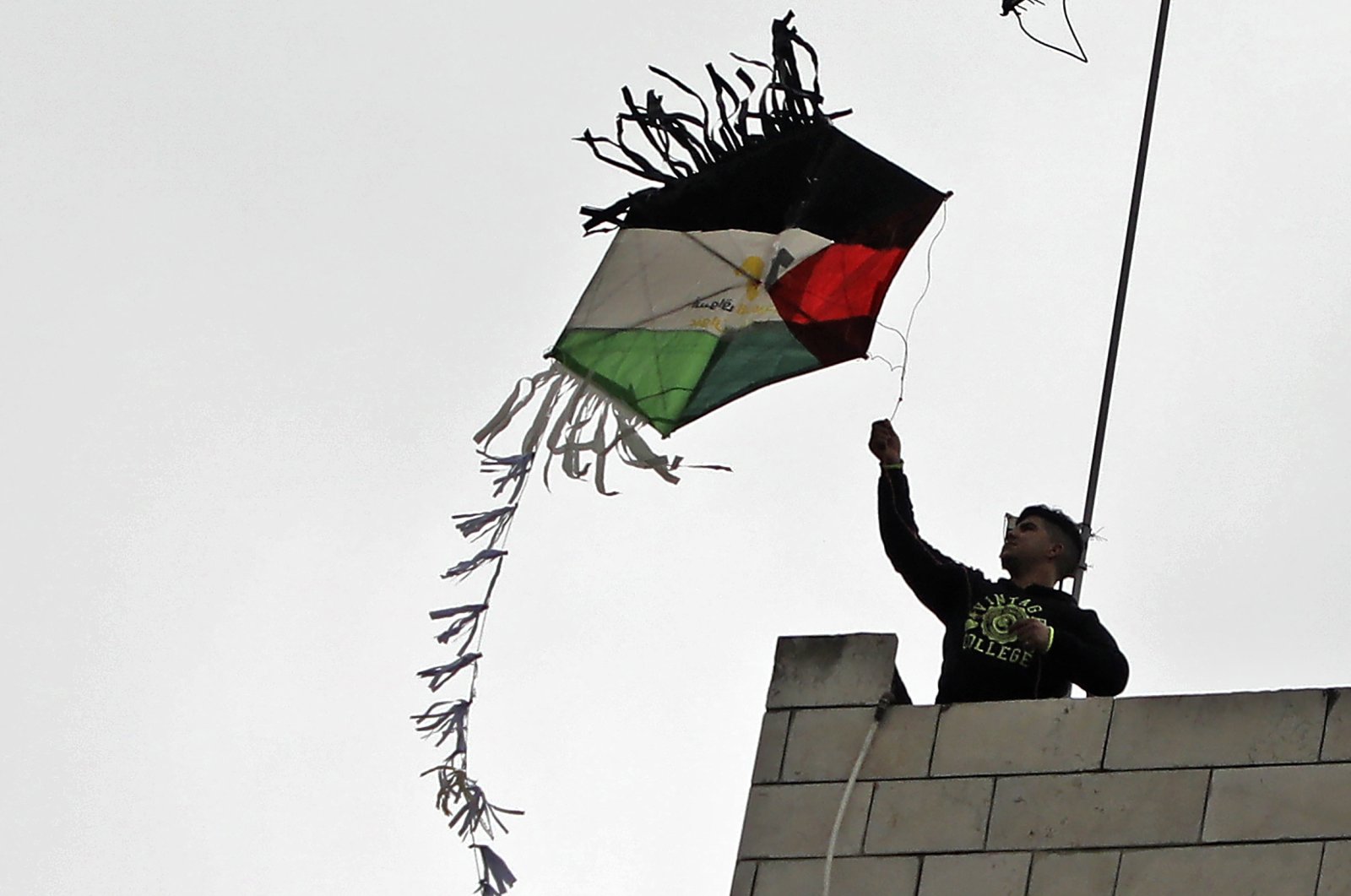 A Palestinian youth flies a kite designed as a national flag from his home during confinement due to the COVID-19 pandemic, in the West Bank city of Nablus, Palestine, April 17, 2020. (AFP Photo)
by DAILY SABAH WITH AA Apr 23, 2020 9:30 am
RECOMMENDED

Turkey has accepted Palestine's request for medical and financial assistance in the fight against the novel coronavirus.

Turkey announced an aid package for Palestine during an extraordinary meeting of the Organization of Islamic Cooperation (OIC), Palestinian Foreign Minister Riyad al-Maliki said in a statement.

COVID-19 test kits, masks, special clothing and other basic equipment will be provided to the Palestinian Health Ministry, the statement said.

Al-Maliki also thanked his Turkish counterpart Mevlüt Çavuşoğlu and the Turkish government for the assistance.

While all Palestinians live under Israel’s military occupation, the situation in the Gaza Strip is particularly complex and extremely worrying.

Gaza, which is enduring its 13th year of Israeli siege and is still reeling under massive destruction from several Israeli wars, has already been declared “uninhabitable” by the U.N.

However, the misery of Gaza never ceases to increase. Not a single U.N. report on Gaza’s ailing medical facilities or preparedness for at least the last 10 years has used any positive or even hopeful language.

Israel's long blockade on Gaza has devastated daily life for ordinary Palestinians, with 70% of the enclave's youth unemployed and the health care system near collapse.

Gaza's homes, offices and hospitals receive an average of four to six hours of electricity per day.

Since first appearing in Wuhan, China last December, the virus, officially known as COVID-19, has spread to at least 185 countries and regions, according to figures compiled by Johns Hopkins University in the U.S.