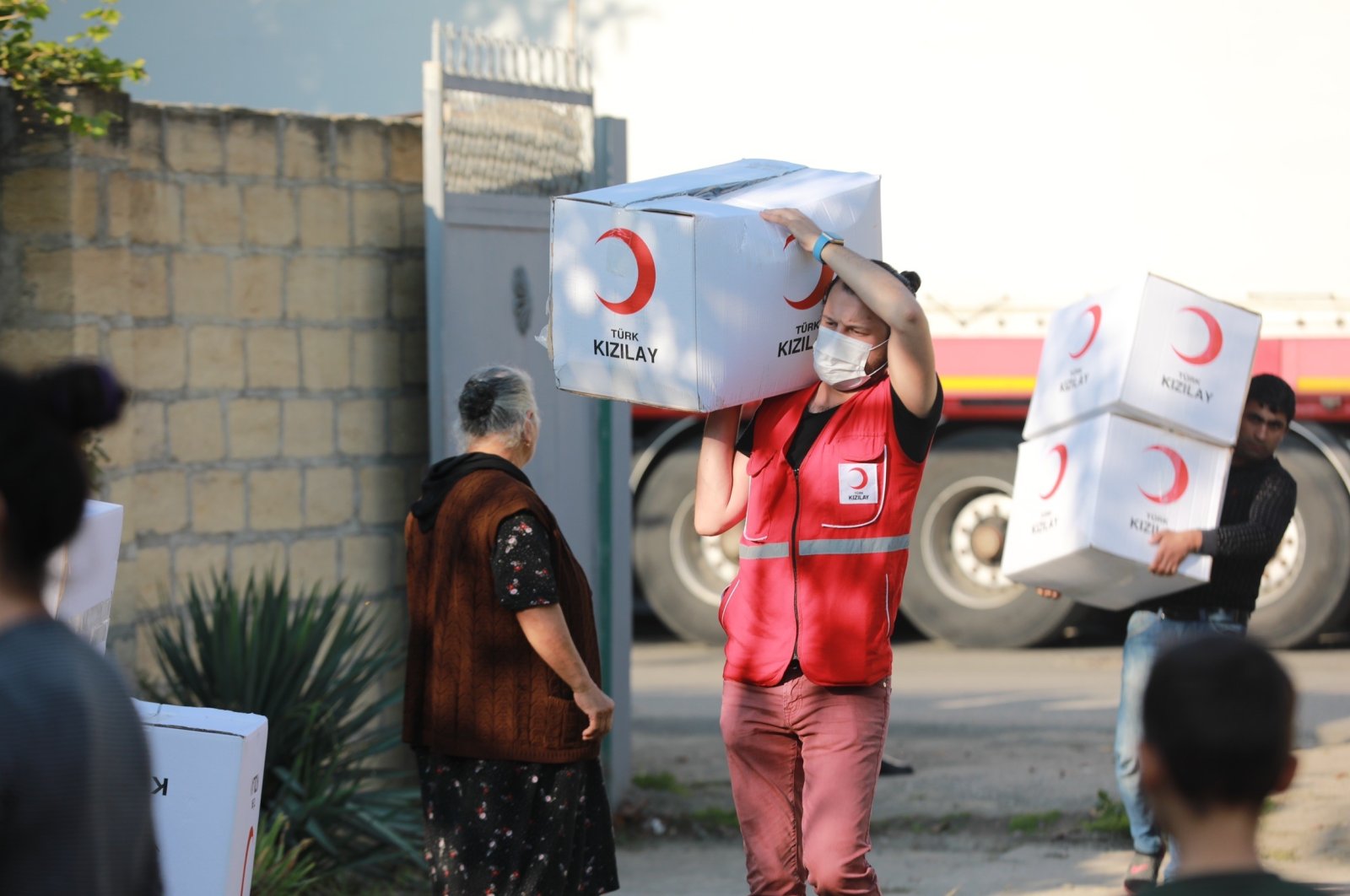 Turkey will send a second batch of relief supplies for Azerbaijani civilians affected by ongoing clashes with Armenia in the occupied Nagorno-Karabakh region.

Four truckloads of aid containing winter clothing such as jackets, pullovers, gloves and hats as well as blankets, personal hygiene products, cleaning materials and disinfectants will leave Istanbul on Monday, according to the Turkish Red Crescent (Kızılay).

Teams from the humanitarian organization, which are already distributing aid, will hand out the supplies to the needy in the country.

Meanwhile, items from the first batch of aid were still being delivered as of last Wednesday.

Citizens have received care in the city of Fuzuli as well as in Tartar, Goranboy, Agjabadi, the Guzanli district of Agdam province and Ganja regions.

The Turkish Red Crescent is also running a donation campaign to help Azerbaijanis forced to abandon their homes due to Armenian aggression.

Fresh clashes erupted on Sept. 27, and Armenia has since continued its attacks on civilians and Azerbaijani forces, violating humanitarian cease-fire agreements.