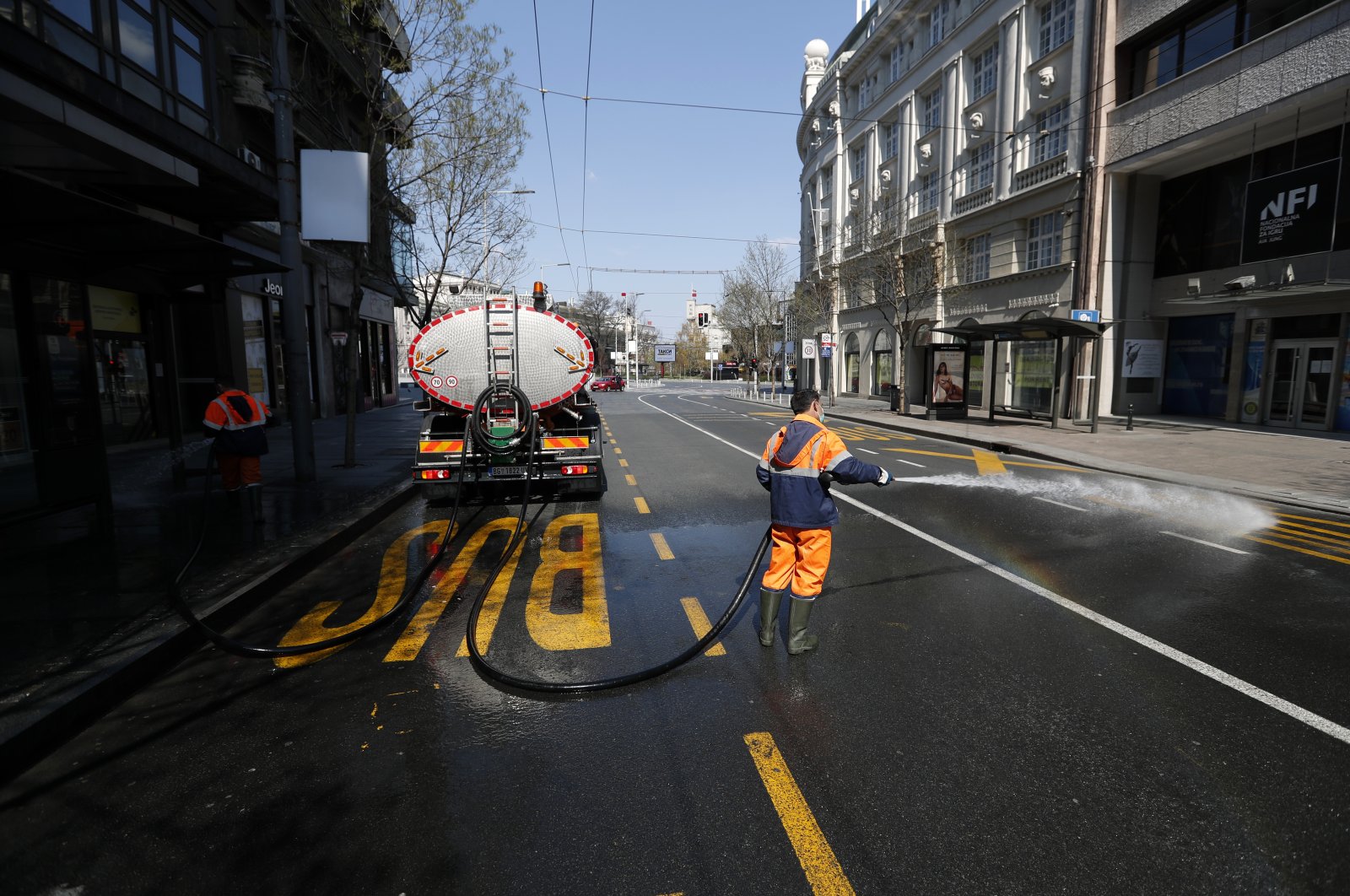 Workers clean the street during a curfew set up to help prevent the spread of the coronavirus in downtown Belgrade, Serbia, Saturday, April 4, 2020. (AP)
by Anadolu Agency Apr 07, 2020 10:24 am
RECOMMENDED

President Recep Tayyip Erdoğan on Monday announced that the country would donate medical assistance to Serbia.

Erdoğan in a letter to his Serbian counterpart Aleksandar Vucic expressed Turkey's support for Serbia in the fight against the coronavirus pandemic.

"I am convinced that the active measures you have taken since day one of fighting the COVID-19 pandemic will help to master this crisis with the least possible losses," Erdoğan told Vucic, according to the Serbian Presidency.

"I wish you success in your efforts. I hope that the medical equipment we will send to your country this week, in addition to the test kits we had previously provided, will confer our support for our friends from Serbia in their fight against the pandemic" he added.

Erdoğan also conveyed Turkey's condolences for Serbians who lost their lives due to the virus.

"I want to express my sincerest condolences on the loss of life of your citizens, including the state secretary of the ministry of the environment, Mr. Branislav Blazic. ... I hope that we will overcome this difficult situation as soon as possible," he said.

The country has also shut its borders to foreigners, while schools, colleges, sports halls and gyms have also been closed.

After first appearing in Wuhan, China, last December, the virus has spread to at least 184 countries and territories. The World Health Organization (WHO) has declared the outbreak a pandemic.

The number of confirmed cases worldwide has now surpassed 1.3 million while the death toll is over 73,700, and more than 275,800 have recovered so far, according to data compiled by the U.S.-based Johns Hopkins University.

Despite the rising number of cases, most who contract the virus suffer only mild symptoms before making a recovery.