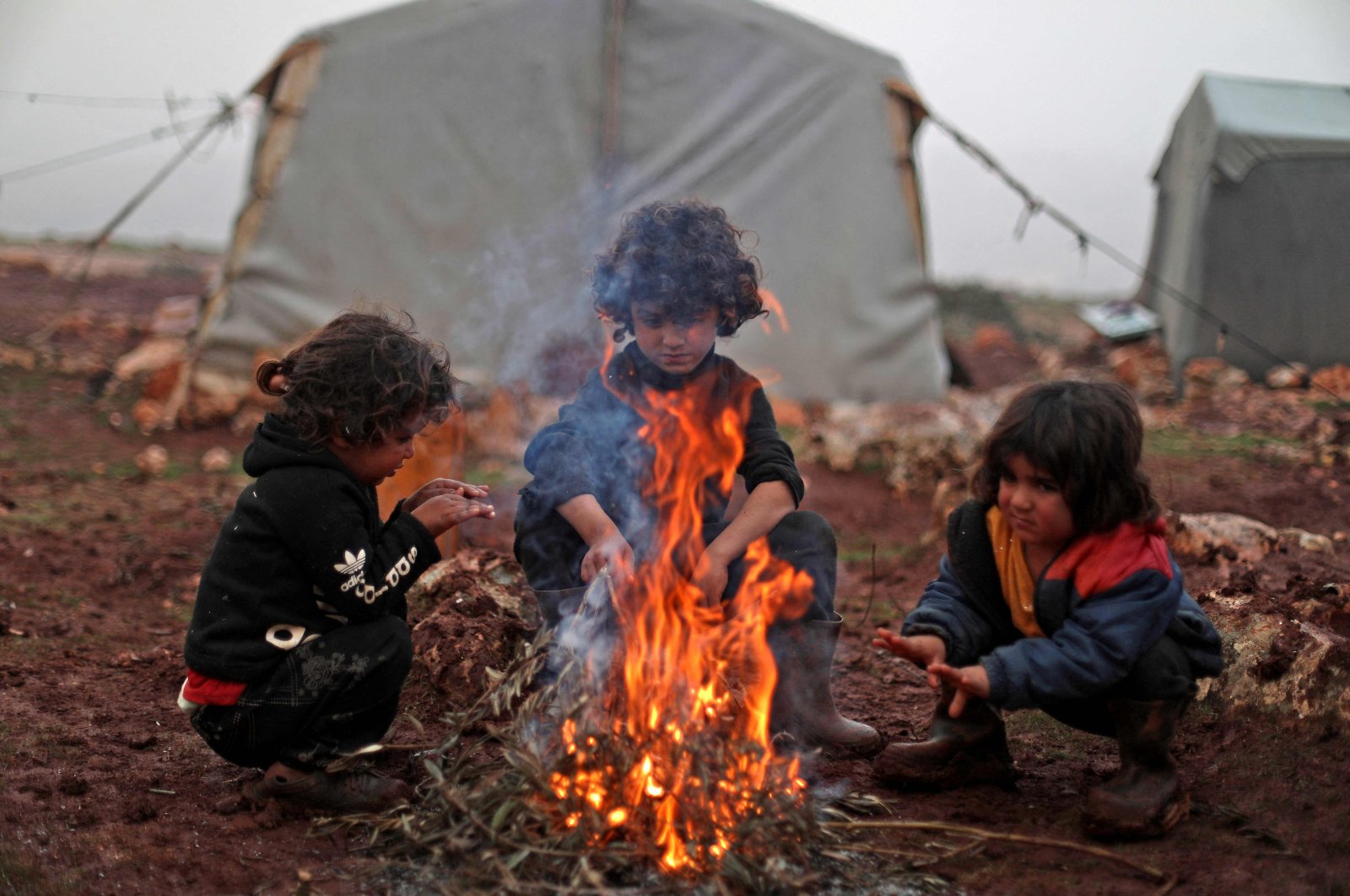 The Turkish Red Crescent (Kızılay) continues its efforts for the people in Syria’s last opposition bastion, Idlib, where the displaced, mostly women and children, are bracing for a harsh winter ahead.

Speaking to Anadolu Agency (AA) on the occasion of International Migrants Day, Kadir Kemaloğlu, head of the Kızılay’s Idlib team, said: "As the Red Crescent, we meet the daily bread needs of 33,000 families in Idlib. We provide food and hygiene assistance to an average of 17,000 families per month. At the same time, we provide health services in our three camps and briquette houses."

Kemaloğlu noted that the aid agency also meets the medicine needs of hospitals and health units in Idlib.

"We meet the water needs of approximately 17 orphanages and 11 camps," he added.

The lives of Syrian people dealing with many difficulties in rural Idlib's tent camps have become much harder due to the recent winter conditions. As the humanitarian catastrophe in the region has reached new heights, people try to survive by taking shelter under trees or in shaky tents built on mud and puddles.