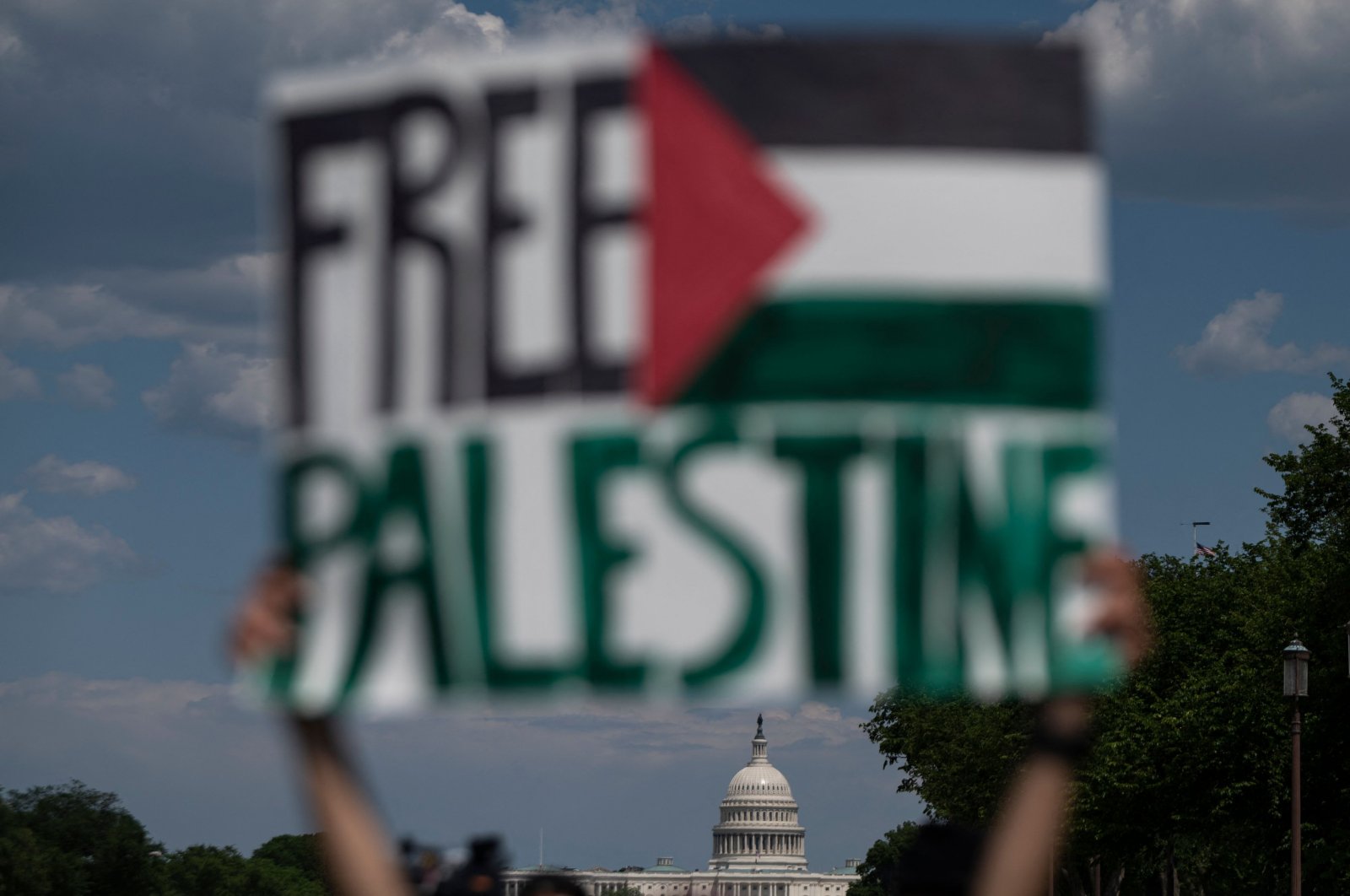 Palestinians receiving university education in Turkey are increasingly fearful for their families’ lives as Israel continues its attacks on Palestine, yet also underline that their struggle will continue until Israel ends its occupation.

Israel’s continued attack on the Gaza Strip since May 10 has killed 197 people, including 58 children and 34 women, while injuring another 1,235. Among those injured is a Palestinian neurologist who had studied in Turkey.

“We have learned with regret that our Palestinian student Ayah Alaloul was injured as a result of the attacks carried out by Israel, and that her father, Dr. Moeen Alalool, one of the few neurologists in Gaza, died. We wish our student a speedy recovery and offer our condolences,” Türkiye Scholarships wrote on Twitter Sunday.

Palestinian students told Anadolu Agency (AA) that they could not reach their families due to communication lines being cut as they tried to follow the developments in their country through TV broadcasts.

A doctorate student in Izmir province’s Dokuz Eylül University, Mariam Jamal Ghunaim, from Gaza stated that living far from her family was difficult while Gaza is under bombardment and that she worries about her friends and relatives.

Ghunaim said that it is impossible to describe being born and living in a country that is at war and under occupation, and added: “I am currently in Turkey for my education, I am safe, yet my family, friends and relatives are under fire. Most of the time I cannot contact them. Communication lines were cut by Israel. I fear losing my family, my home in which I accumulated many memories.”

She stated that Israel has shut Palestine off from the outside world.

“While Israel cuts our voice, it shows the international press every small detail about its own people, fictionalizing it. Israel for years blockades Gaza, kills our people without differentiating between babies, children and the old. In our country, we cannot even go to the market, fearing to step outside,” she stated, indicating that most people sleep fully clothed since they might have to flee at any moment.

Another student from Gaza, Zaid Isleem, who studies at the Communications Faculty of Ankara University, stated that Palestine’s struggle will, in the end, end with victory.

“When I can talk to my family and friends on the phone, I hear sounds of successive bombardment that I can imagine land near them. These are terrifying noises. I feel sad not being with them.”

Miral Omar Hamad, a student of political science and international relations at Istanbul’s Boğaziçi University, stated that Israel’s latest attack was different from the other ones.

“Israel has been bombing our cities for years. For years, Gaza has been under blockade. This is known and does not surprise us, however, this time it is not an ordinary attack, it is war.”

Hamad added that Israel violates the rules of war and human rights in front of the world’s eyes. “The world, on the other side, is not even able to publish a condemnation message toward Israel.”

The current number of Palestinians killed in Gaza is 197, including at least 58 children, and more than 1,200 people have been wounded since Israel launched its air campaign against Hamas on May 10, according to the Gaza Health Ministry.

The airstrikes on Gaza were preceded by days of tensions and Israeli aggression in occupied East Jerusalem, where hundreds of Palestinians were assaulted by Israeli forces and settlers at Al-Aqsa Mosque and in the Sheikh Jarrah neighborhood.