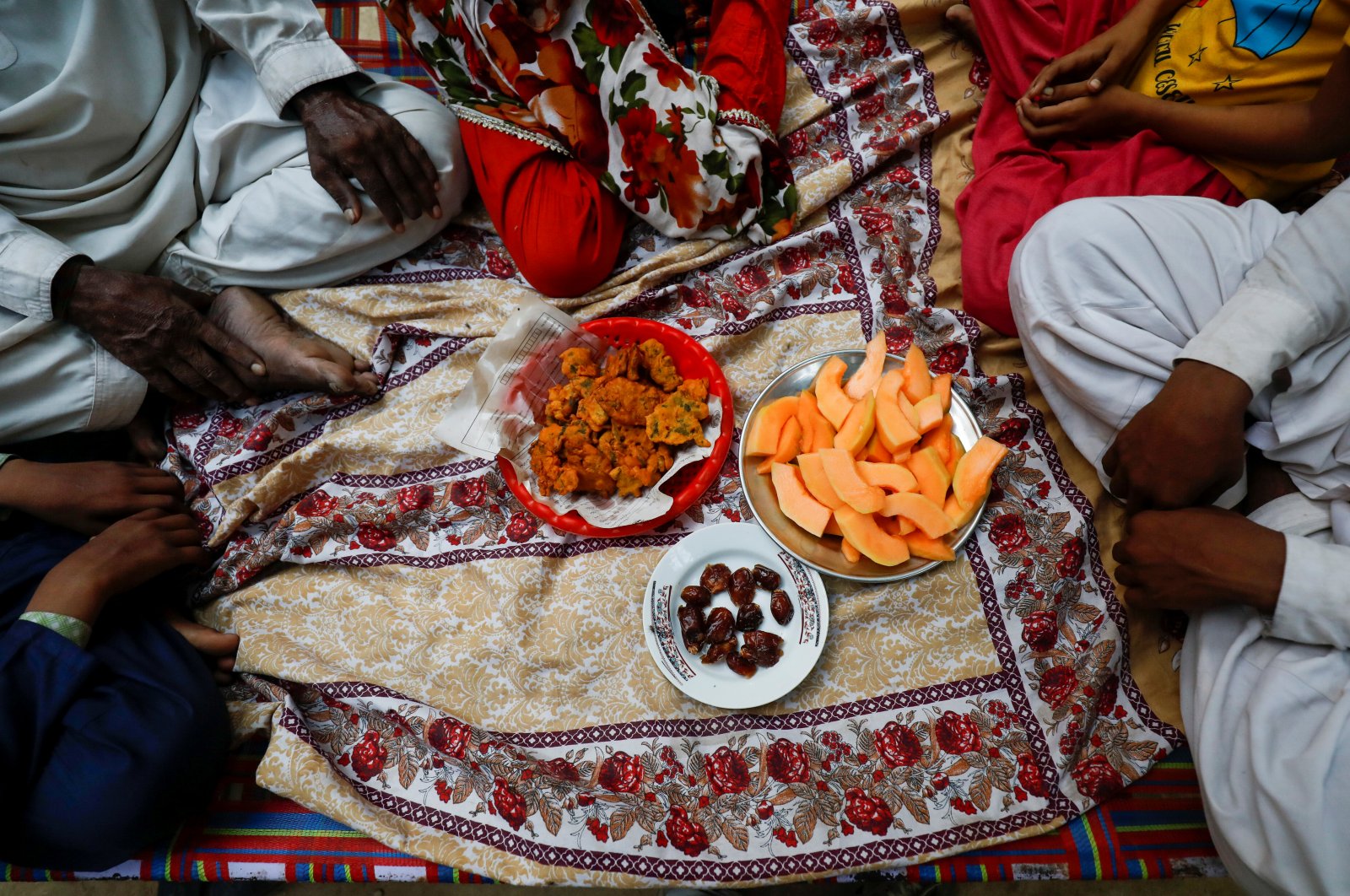 Fisherman Mohammad Sabir, 60, sits with his family as they wait to break their fast during the Muslim fasting month of Ramadan, amid the outbreak of the coronavirus disease (COVID-19), in Ibrahim Hyderi fishing village on the outskirts of Karachi, Pakistan April 30, 2020. (REUTERS Photo)
by DAILY SABAH WITH AA May 06, 2020 12:20 pm
Edited By Dilara Aslan

The ongoing lockdown to curb the spread of the coronavirus has deprived a large number of daily wage workers of their source of income.

In Mardan, Pakistani lawmaker Shaheen Saifullah distributed the aid among the parents of deaf and mute children.

"The children at the Center for Speech and Hearing (CSH) #Mardan may not be able to talk or hear, but by Lord, we hear them," Mustafa Yurdakul, Turkey's ambassador to Pakistan, tweeted after the ceremony.

"We will not abandon our Pakistani brothers and sisters in this testing time," said Gökhan Umut, TIKA's Islamabad Coordinator.

Over the course of the holy month, the Turkish aid agency is set to distribute 2,500 food packages in Punjab, Khyber Pakhtunkhwa and Islamabad.