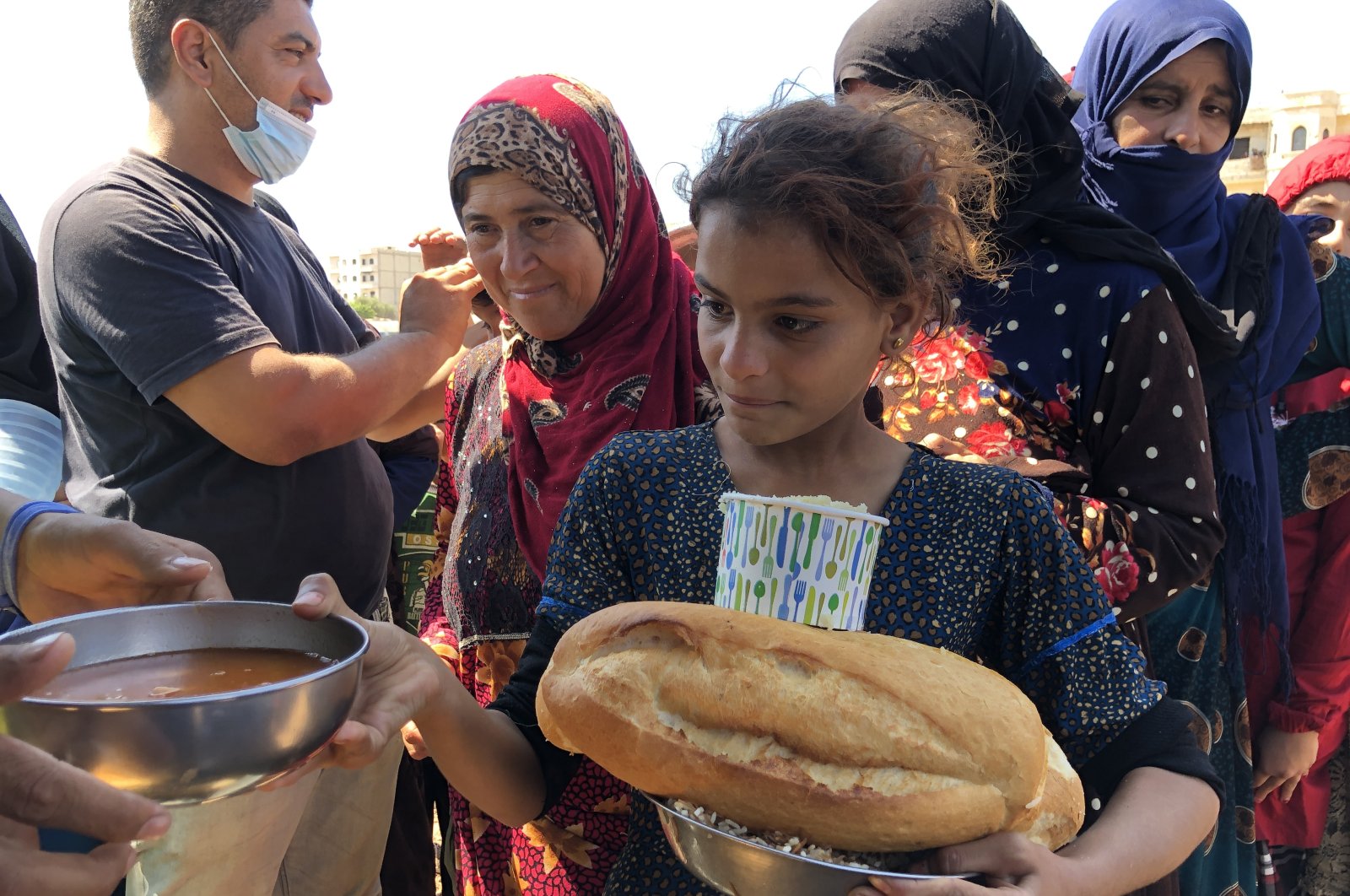 A Turkish aid association is distributing hot meals in Syria’s Afrin province to 1,000 people in need on a daily basis.

The head of Hayad, Rahmi Vardı, told Anadolu Agency (AA): “People in Syria are in a difficult situation due to the extreme heat and drought there. All the oppressed in the world are looking up to Turkey. We try to serve these people in need.”

Backed by the Syrian National Army, Turkey conducted Operation Olive Branch on Jan. 20, 2018, to rescue Afrin from the YPG/PKK terrorist group and had cleared the district of terrorist elements by March 18.

Moreover, Turkish officials and nongovernmental organizations (NGOs) rolled up their sleeves to revive the daily life in the region and started to deliver aid packages to civilians in the area.

Thanks to the measures taken by Turkish security forces, civilians, who had to flee the region due to the terrorist group's oppression and the subsequent military operation, have started to return to their homes.