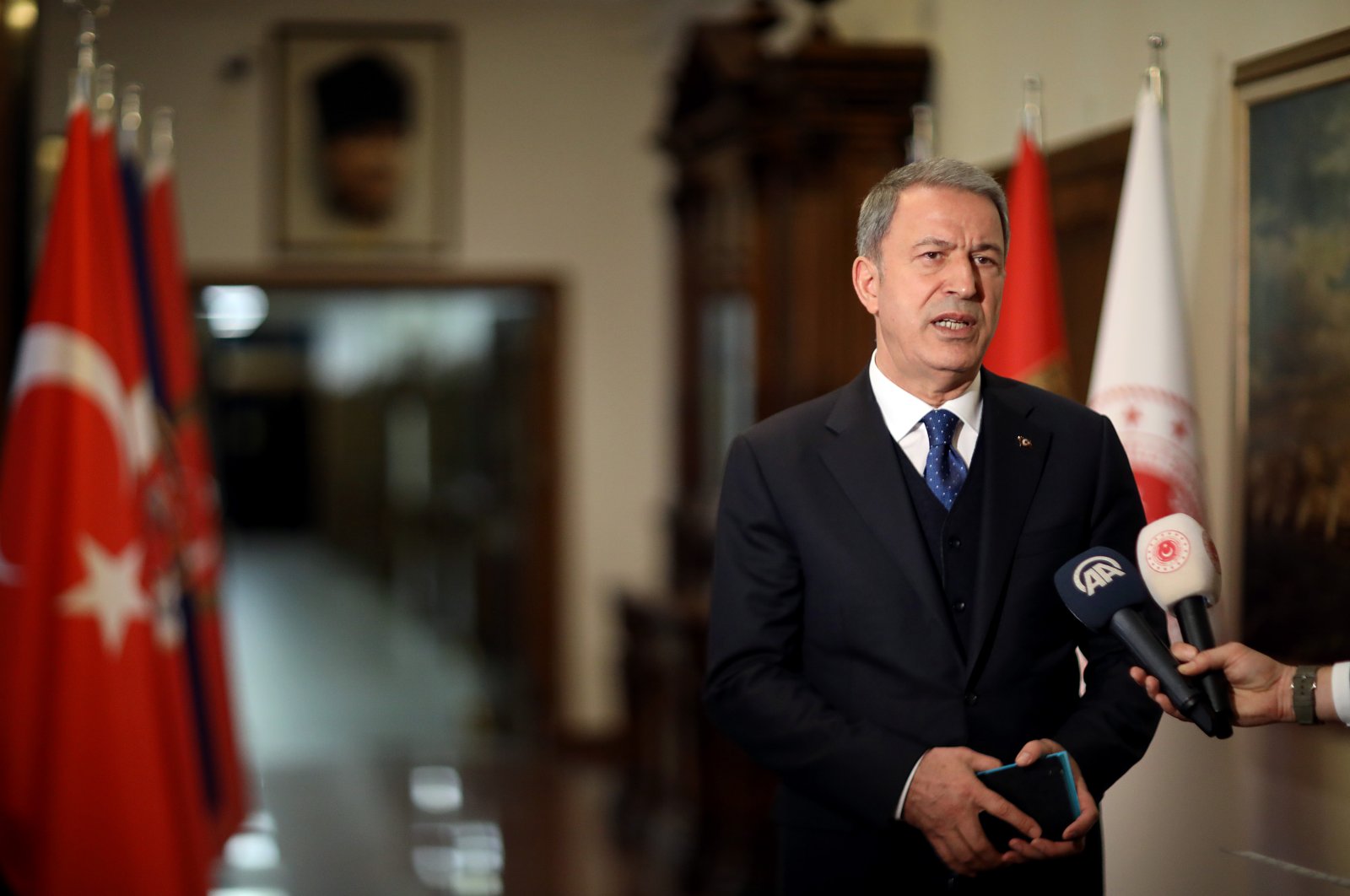 With the Defense Ministry "on alert" against the coronavirus, military schools and institutions affiliated with the National Defense University will be closed until April 13, the military announced Monday among a host of other measures to combat the outbreak.

"Like the rest of the world, last week (the Turkish military) implemented several measures against the coronavirus that threatens public health in our country, and now new measures are in order," Defense Minister Hulusi Akar told reporters.

The measures will be implemented in such a way that it does not impair Turkey's domestic and international operations, the security of its borders and other activities of the Turkish Armed Forces, he added.

Activities such as ceremonies, conferences, short-term meetings, courses, fairs and seminars were also canceled, he said.

No visitors are allowed to unions, headquarters and institutions during this period, he added.

"National and international drills have been postponed. Temporary missions abroad will also stop until further order. Staff who are currently abroad will be subject to health checks on their return home, and their contact with other staff will be prevented for a certain period of time," he added.

Border Patrol units have been reorganized and provided with special protective clothing and masks to protect them from the virus, he said.

He stressed the moves are meant to protect the staff and the nation from the virus.

Additional measures may be taken as needed in coordination with relevant ministries and institutions, especially the Health Ministry, he said.

The new coronavirus emerged in Wuhan, China last December, and has spread to at least 150 countries and territories. The World Health Organization (WHO) last week declared the outbreak a pandemic.

Out of over 183,500 confirmed cases, the death toll now exceeds 7,100, while more than 79,900 have recovered, according to Worldometer, a website that compiles new case numbers.