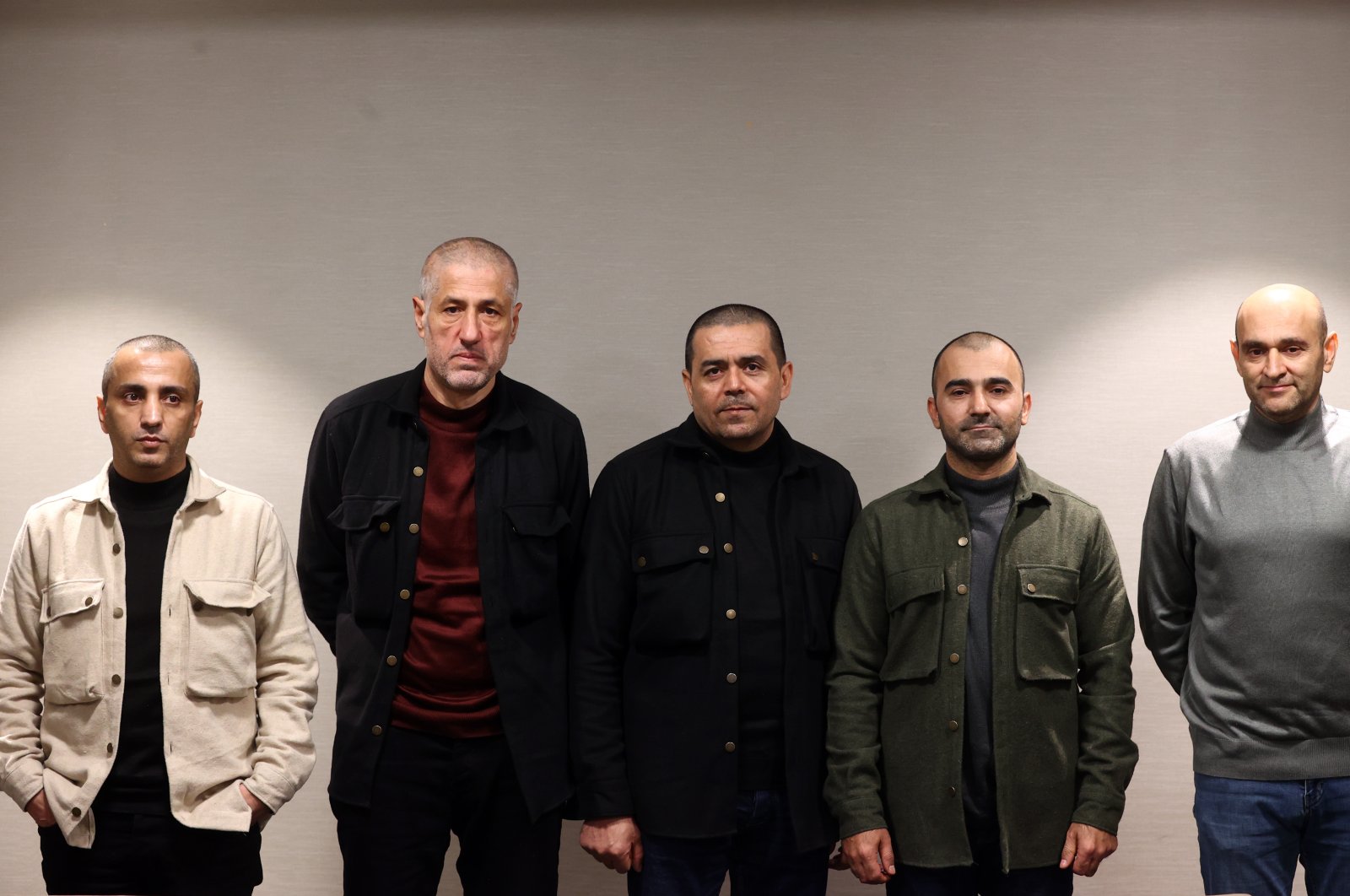 Turkish nationals who were held by putschist Gen. Khalifa Haftar's forces in Libya's east said they clung to life with hope of being rescued one day, as they remembered being exposed to physical and psychological violence during their captivity.

Earlier on Sunday, a statement by Turkey's Foreign Ministry said the Turkish nationals were brought back to the country safely thanks to joint efforts by Turkish and Qatari intelligence agencies.

The Turkish Embassy in Tripoli and the National Intelligence Organization followed the case closely and cooperated with concerned units to ensure their safe return, it added.

The Turkish nationals, who were living in Libya and then were held on bogus allegations, were rescued in a joint operation by Turkish and Qatari intelligence agencies. They spoke to Anadolu Agency (AA) about their ordeal and the happiness of returning to their homeland.

Ahmet Selvi, 45, who had lived in Libya for about 13 years, stated that in November 2019, while visiting the family of his Libyan wife, their car was stopped at a checkpoint controlled by Haftar's forces.

"They got us out of the car just because we were Turkish," said Selvi, a mechanical engineer who had a firm in Libya.

"After that, they took me to prison, where I couldn't see anyone for two years, even my family," he added.

Selvi said when they were detained, the armed forces assured them they would be released after the necessary investigations were completed.

"Then they handcuffed my hands behind my back, put something on my head, and took off my clothes," he recalled. "After that, they persecuted us a lot. The next day, we were taken to their prison in Benghazi."

Explaining that they were exposed to violence in Benghazi and all of their links with the outside were cut throughout this process, Selvi said: "Once they picked me up from where I was staying. Four soldiers, one with a baseball bat, another with a cable, and yet another with a water pipe. They had attempted to beat us to death there. My body was pitch dark from my knees to my back. I couldn't sit for a month and a half, it was such a distressing situation."

Selvi also recalled that he was held in a place where Libyan prisoners were held for a while.

"They were putting all kinds of psychological pressure, all kinds of cruelty on us," he explained. "Every time the door was opened, we were worried about whether they would beat us or not. We died every day, but we never lost our hope, as we knew they (the Turkish government) would save us."

Noting that the place where they were held was not a regular prison, but a military prison, Selvi said: "They only served food through a small opening (area) at a certain time. The door doesn't open, you don't even see the sun. We didn't go out in the sun properly for three-four months."

When six sailors were rescued following Turkish President Recep Tayyip Erdoğan's statement, Selvi recalled: "We thought they would release us too."

He added: "Indeed, we went through many challenges, but after these difficulties, we are very happy now," referring to their never-ending hope of being rescued one day.

"I talked to my wife, as well as my family, including my mother, father, and siblings. Believe me, we haven't slept in three days because of the joy of release," he also said.

‘To be free is indescribable feeling'

Ilker Sağlık, a 43-year-old sweets-maker and baklava expert who has lived in Libya for almost 10 years, is another Turkish national who has been rescued.

"We asked why we were detained, they just said, 'You are Turkish'," Sağlık recalled, adding that he was detained during a raid on their workplace.

The father of a three-year-old daughter, Sağlık could not see his wife or child during his detention.

Pointing out that being free again is an indescribable feeling, Sağlık said: "We are very happy to return to our own land and to reunite with our family."

He thanked Turkish President Erdoğan and intelligence head Hakan Fidan as well as other officials for their efforts to rescue them.

‘We were confident we would be rescued'

Halil Gözel, a 53-year-old restaurant owner, said he visited Libya for the first time in 2008 and has been going back and forth since then.

He also mentioned that they were subjected to physical and psychological torture in prison after being detained by Haftar's forces in 2020 and that they had a very difficult time.

Gözel said they had always believed that Turkey would come to their rescue. "We were sure that we would be rescued there, knowing that the Turkish state would not leave even one of its citizens alone in the world."

He also said the Turkish president also called them after they were rescued.

"Let it be known in the world and in Turkey that the Republic of Turkey is strong," he said, praising the Turkish president as well as the intelligence chief.

Nurettin Çalık and Doğan Kissa also thanked those who helped them.

Libya's civil war, which continued since the ouster and killing of strongman Moammar Gadhafi in 2011, was exacerbated in 2019 when warlord Khalifa Haftar carried out a military onslaught to topple the Tripoli-based internationally recognized government for control of the North African country.

In April 2019, Haftar, who commanded forces loyal to the United Nations-recognized government based in eastern Libya, launched a wide-ranging campaign to take the capital, but his forces failed to achieve their primary goal, although they captured several strategic towns and cities in the vicinity.

In March this year, an elected transitional authority comprising of a unity government and a presidential council assumed its duties to lead the country to elections.

Amid efforts for Libya to move forward, putschist Gen. Haftar is still acting independently of the legitimate government and leads an armed militia that controls many areas. He calls himself the "commander-in-chief of the Libyan National Army," contesting the presidential council's powers.