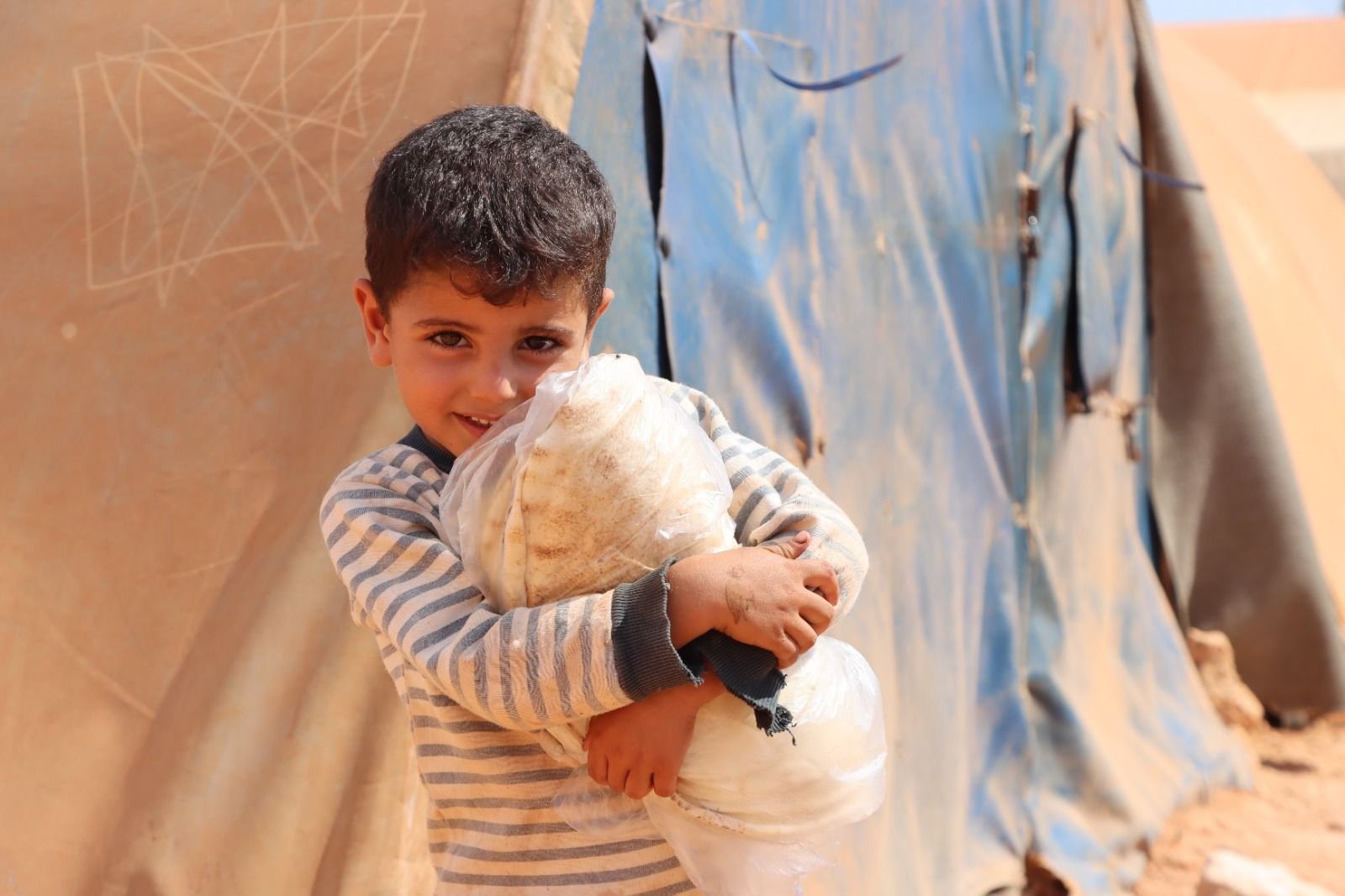 Turkey's Humanitarian Relief Foundation (IHH) has delivered 70 million loaves of bread in the first nine months of 2021 to needy people in Syria.

Speaking to Anadolu Agency (AA), Zekir Tahiroğlu, an IHH official, said the bread stays fresh for up to three days and was distributed particularly in Idlib, Azaz, Afrin, al-Bab and Jarablus in northwestern Syria.

Tahiroğlu added that the charity has intensified its relief efforts as winter approaches.

Since 2016, Turkey has launched four successful counterterrorism operations across its border into northern Syria to prevent the formation of a terrorism corridor and to enable the peaceful resettlement of residents. Those operations were Euphrates Shield in 2016, Olive Branch in 2018, Peace Spring in 2019 and Peace Shield in 2020.

Since the operations, Turkey has supported every aspect of life across the region, ranging from health and education to security and agriculture. In this respect, efforts to clear bombs and improvised explosive devices (IEDs) were launched and administrative duties were designated to local councils. The country also rolled up its sleeves to reconstruct hospitals, schools, mosques and roads destroyed by the terrorist groups. Within the scope of ameliorating the region's social infrastructure, people were given food and clothing by several nongovernmental organizations (NGOs), while roads and buildings were rebuilt. These efforts paid off as hundreds of displaced Syrians started to return to the liberated areas.