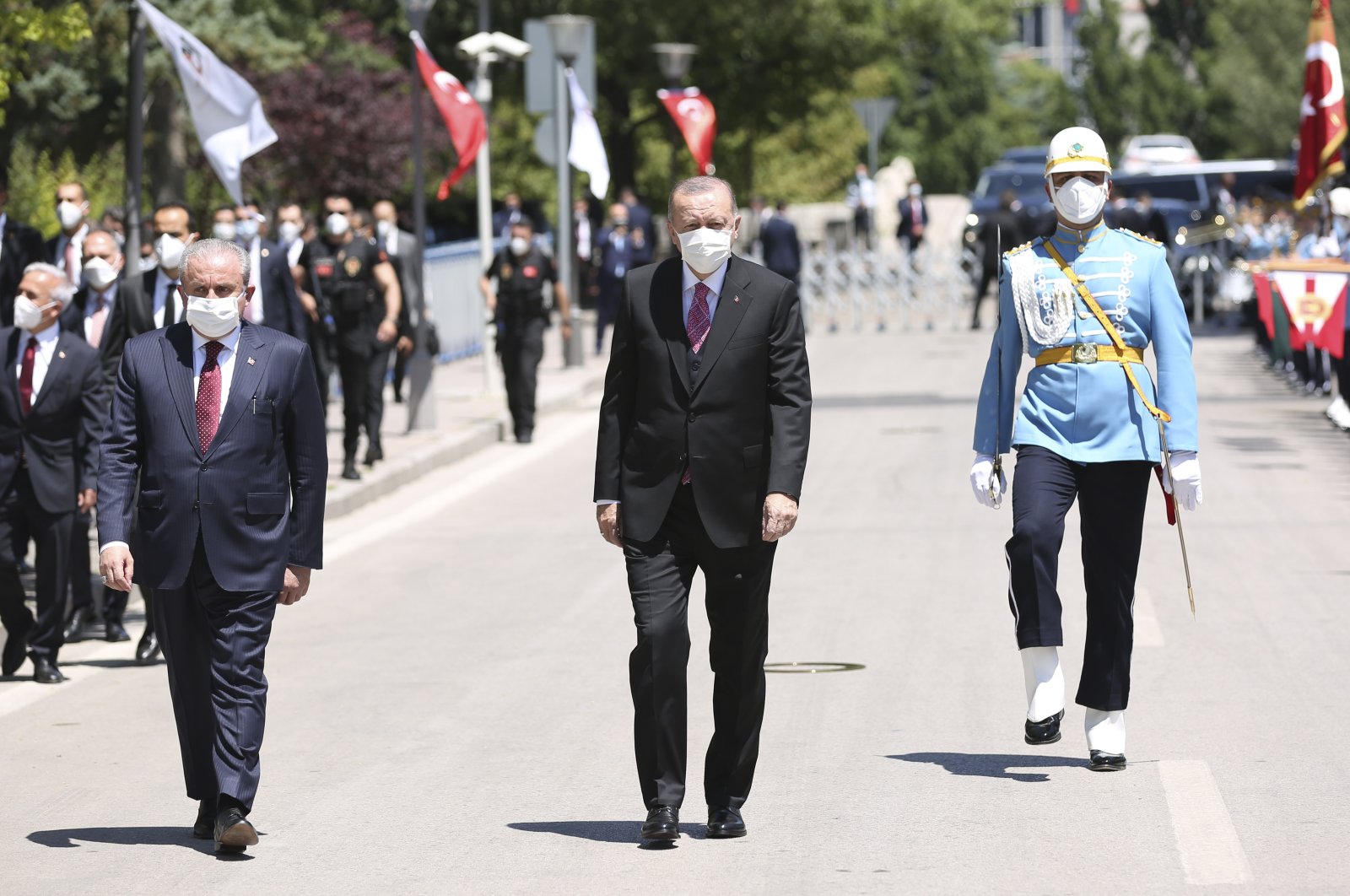 Turkish officials attended ceremonies and issued messages to commemorate the fifth anniversary of the July 15 failed coup attempt on Thursday, as they reiterated Turkey's determination to never let democracy fall.

Attending a ceremony to commemorate July 15 martyrs in Ankara, President Recep Tayyip Erdoğan said nobody has the right to trivialize the people's struggle against the coup attempt. The president also highlighted that everybody is obliged to protect democracy, as hundreds of people sacrificed their lives in this pursuit.

He also gave a message of unity for all political ideologies in the country.

"Even if our political parties, ideologies are different, we are the people of the same country. Even if we share different roots, we share a common history and a common future," Erdoğan said. On Twitter, Vice President Fuat Oktay wished Allah's mercy on the people who died for preventing "this disgraceful assault during the treacherous coup attempt on July 15," and shared a video honoring those killed during the coup bid night.

He also quoted the Erdoğan's remarks, "We have not seen or recognized any earthly power above the nation's will, neither will we."

" ... their dark plans failed before dawn, took a real blow with the development and determination to rebuild the future of our country after that night," he added.

Soylu also added that Turkey has a global voice in the production of unmanned aerial vehicles and is able to defend its international rights in various issues from the Eastern Mediterranean to Libya. He underscored that Turkey, as a beacon of hope for the oppressed, is able to defend its rights against the attempted establishment of a new status quo on its southern border.

The Interior Ministry has carried out 135,916 operations since the defeated coup as part of the fight against FETÖ, he noted. While more than 312,000 suspects were arrested, some 99,000 of them were remanded, he added.

FETÖ and its United States-based leader Fetullah Gülen orchestrated the defeated coup of July 15, 2016, in which 251 people were killed and 2,734 injured. FETÖ is also accused of being behind a long-running campaign to overthrow the state through the infiltration of Turkish institutions, particularly the military, police and judiciary.