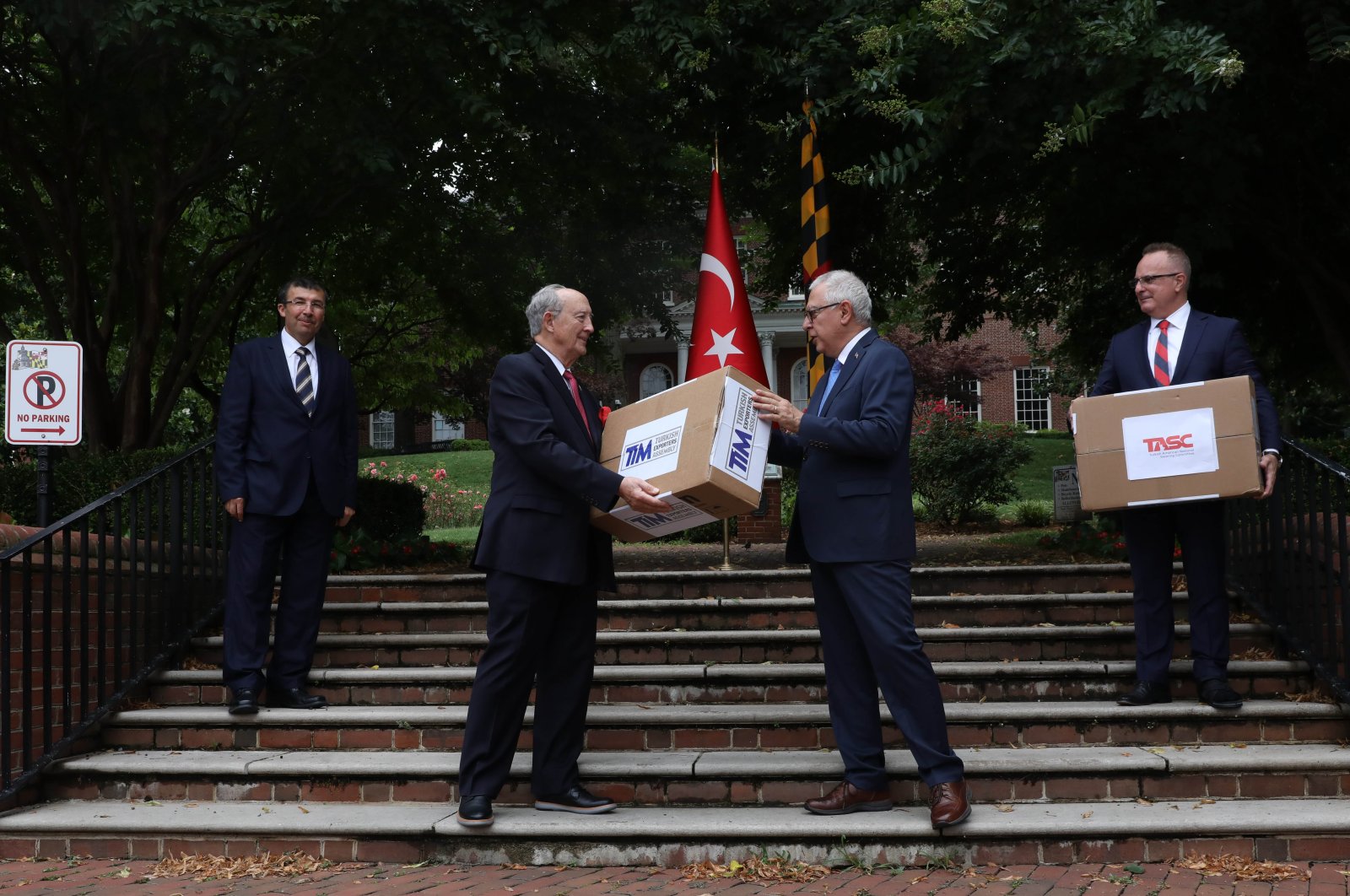 The Turkish Exporters' Assembly has donated 100,000 medical face masks to the U.S. state of Maryland to help it fight the coronavirus pandemic.

Speaking at a ceremony Tuesday in the city of Annapolis, Maryland Secretary of State John Wobensmith thanked the assembly and Turkish Ambassador Serdar Kılıç for the donation.

"We greatly appreciate it. Thank you so much," said Wobensmith, adding that the donation "shows the great relationship we have with Turkey."

Kılıç recalled the two planes of COVID-19 aid from Turkey this year and said this time the assembly has sent this equipment.

These masks will be a new indication of solidarity between the American and Turkish people, Kılıç added.

The Turkish American National Steering Committee, or TASC, also donated 5,000 masks to the state, which has a Sister City Initiative with the Turkish city of Kocaeli.

Turkey has provided humanitarian aid to nearly 130 countries during the pandemic, including the U.S., U.K., Italy and Spain, making it the world's third-largest provider of aid during the global crisis.

As the fight against the pandemic continues, Turkey has come to the forefront as a humanitarian leader, while still maintaining its domestic success against the virus. Some two-thirds of the world have requested medical supplies from Turkey to fight the coronavirus, and nearly half of these requests have been met.