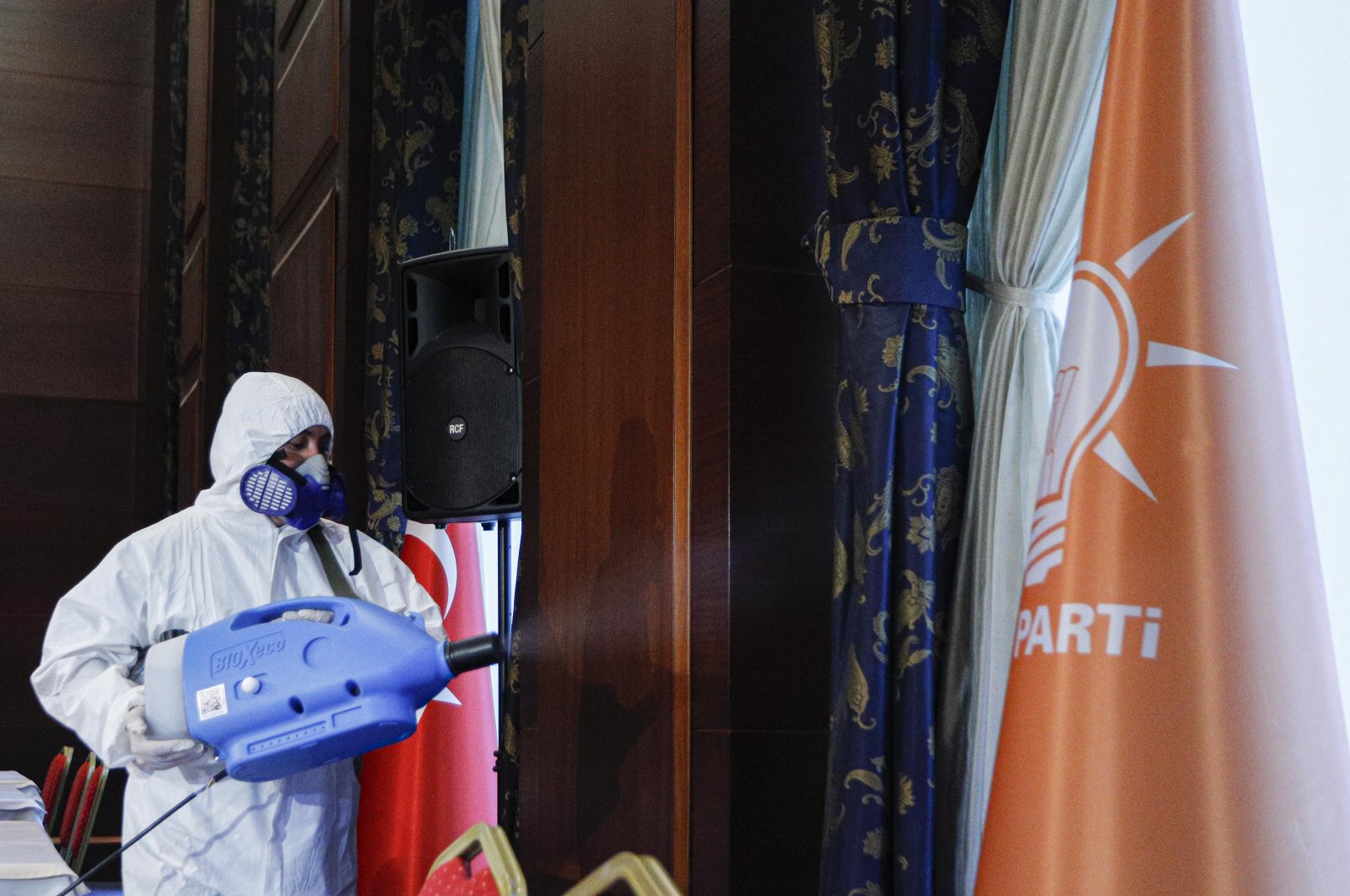 Political parties in Turkey have issued circulars to party members and municipalities as part of precautionary measures against the coronavirus outbreak that has caught the world off guard.

In a written statement, Mehmet Özhaseki, the ruling Justice and Development Party (AK Party) deputy chairman in charge of municipal affairs, told party members that they need to act responsibly and offer guidance to society amid the coronavirus.

The circular urged municipalities to cancel all events involving close contact among people, including meetings, celebrations and similar events, while urging them to fully abide by the health ministry guide on quarantine conditions.

“Ensure that citizens quarantined after Umrah pilgrimage and visits abroad obey the measures. Any negligence in this regard would increase the spread of the virus and infect masses,” the circular warned, adding that mayors should stop visits.

The circular also urged AK Party municipalities to disinfect markets, public squares, train and metro stations, bus stops, public transportation and other public places on a regular basis, while it suggested that municipalities should increase inspections to ensure that prices are not unreasonably raised amid the outbreak.

The AK Party also called on municipal authorities to only follow the Health Ministry’s advice and help spread it among more citizens to raise awareness about the precautions through relevant channels and refrain from making statements that would cause a public outcry.

Meanwhile, the Good Party (İP) also issued a circular, outlining the measures that will be taken amid the coronavirus outbreak. The İP made it compulsory for all security and administrative staff at its headquarters to wear masks and gloves during work hours.

The party said visitors at its headquarters will be obliged to wear masks and get their fever checked and those refusing to wear masks will not be authorized to enter the building.

Staff members over the age of 60 will also be placed on administrative leave until the “extraordinary” situation ends, the circular said, as it urged party members to always have sanitizers, open windows and disinfect headquarters on a weekly basis.

The İP also said events and meetings would be postponed indefinitely and the party would require health reports for individuals coming from abroad before they start working.

Like everyone else, Turkish politicians are adopting precautionary measures to prevent the spread of the virus.

The Turkish Parliament has taken extensive measures to prevent the spread of the coronavirus. Political parties have canceled parliamentary group meetings scheduled for this week. The General Assembly, in the meantime, will continue working with a skeleton staff as part of an agreement reached with various parties.

Last week, the Grand National Assembly of Turkey said no visitors would be allowed in the Parliament until March 31.

The Turkish Parliament has been strictly enforcing measures against the coronavirus. Three staff members, who were referred to the hospital, tested negative for the virus, a statement by Parliament confirmed.