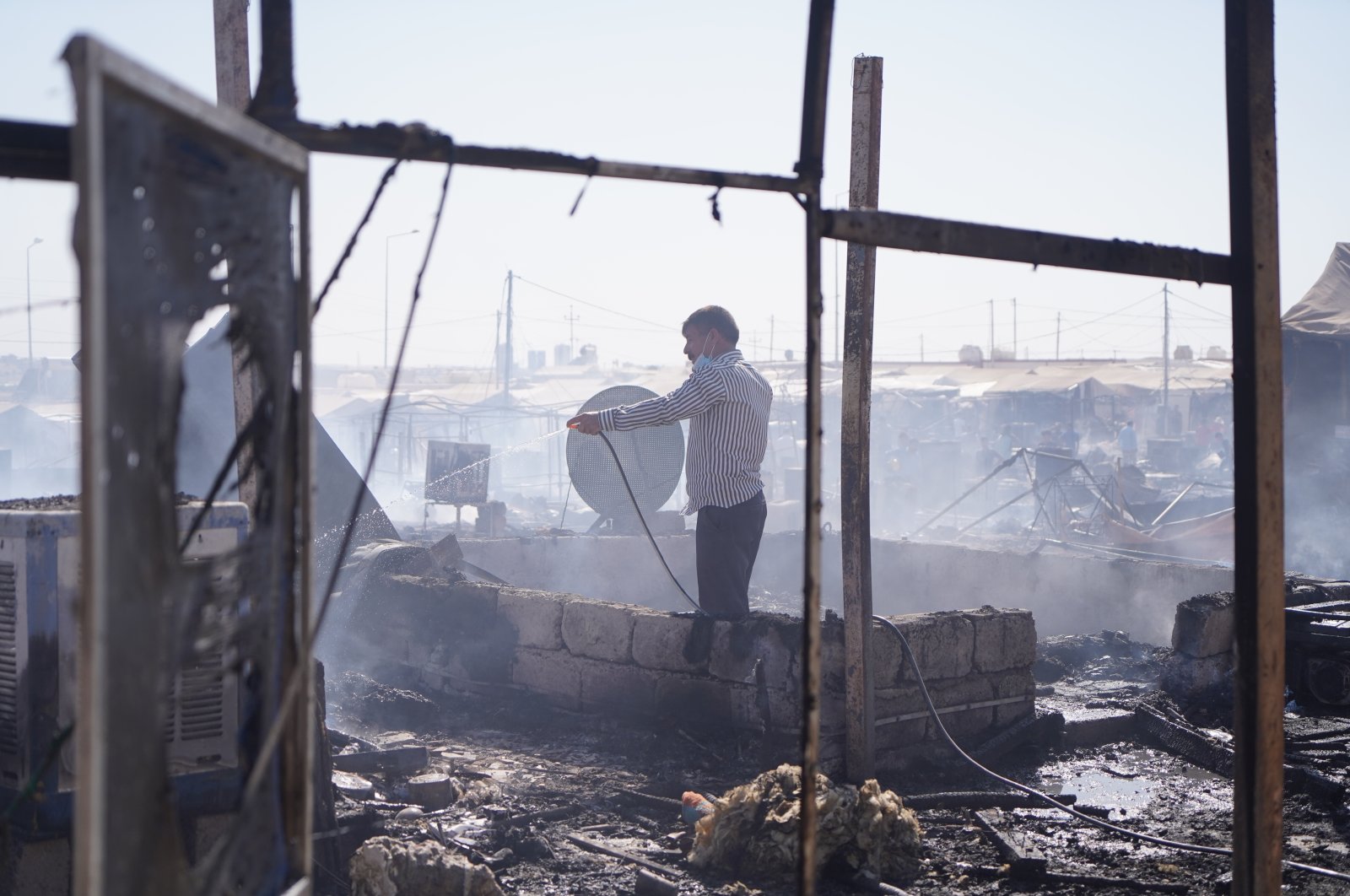 Survivors sift through the remains of tents destroyed during a massive blaze that swept through the Yazidi refugee camp in Duhok, Iraq, June 4, 2021. (AA Photo)
by DAILY SABAH Jun 06, 2021 3:23 pm

A Turkish state-run charity on Saturday extended a helping hand to a fire-damaged Yazidi camp in northern Iraq.

The country head of the Turkish Red Crescent (Kızılay) in Iraq, Yunus Yazıcı, told Anadolu Agency (AA) that the group had contacted the governor's office in the northern Dohuk province, as well as the Irbil office of the Iraqi Red Crescent to help internally displaced Yazidi residents of the Sharya Camp, where a fire broke out on Friday.

Two truckloads of aid, including 400 beds, 475 blankets, 250 kitchen sets and 250 parcels of clothes, were distributed to people affected by the fire at the camp.

Yazıcı stressed that following the disaster, the Turkish Red Crescent was the first organization to deliver aid to the camp.

Around 130 tents were damaged in Friday's fire.

The Yezidis, the followers of an ancient faith, were the target of atrocities perpetrated by Daesh terrorists, who overran swathes of Iraq in 2014.