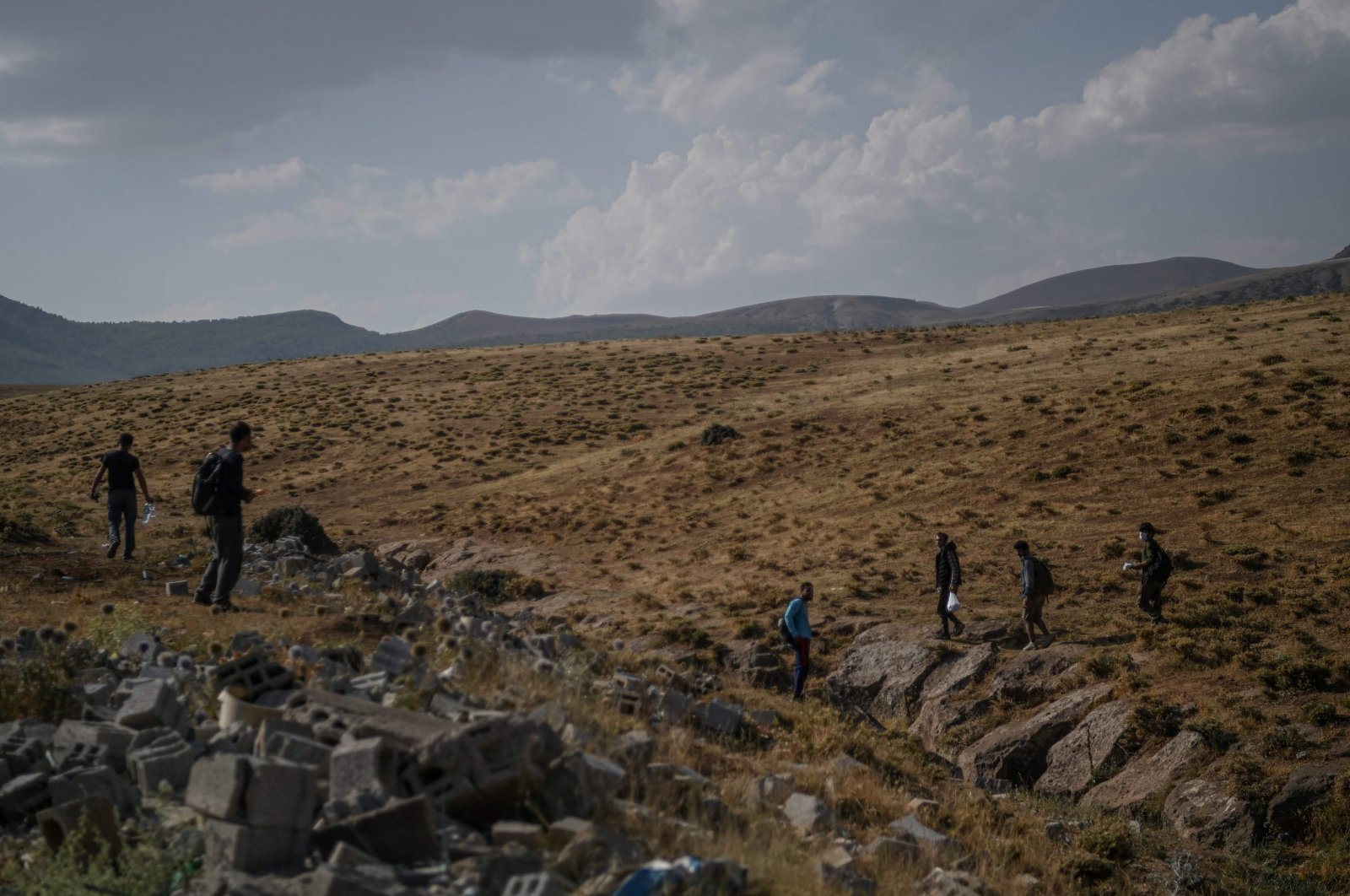 Clothing, an empty bottle and fresh footprints betray signs of migrants sneaking around a new wall along the Turkey-Iran border, stirring worries in Europe following the Taliban's rise in Afghanistan.

The Afghans who make it this far spend days hiding from law enforcement, devising ways to get to big cities such as Izmir and Istanbul before finding smugglers to take them to Europe.

"I am coming from Kandahar. I have been on the road for 25 days," said Mohammed Arif, 18, who paid $700 to a Turkish smuggler but was dropped off long before he could reach Istanbul.

"It is dangerous to return. Where would we go?" he asked in Dari.

The Taliban's lightning offensive has revived memories in Europe of a 2015-16 refugee crisis that Turkey helped stop by sheltering millions of people.

The U.N. has recorded no "large-scale" moves across Afghan borders following the U.S. withdrawal of the U.S. troops and the fundamentalist regime's return to power after 20 years of war.

EU officials say the number of crossings into Europe by Afghans dropped by roughly 40% in the first six months of the year because of coronavirus-related border restrictions.

Six bullet casings lie scattered in the riverbed near a road where armoured vehicles patrol the eastern Turkish border village of Bakışık at the break of dawn.

But young Afghans such as Arif give both EU nations and Turkey – where public opinion is turning against migrants – reasons to be concerned.

"If it hadn't been for this misfortune, we wouldn't have come here," Arif said of the Taliban.

A 243-kilometer (151-mile) concrete wall, topped with barbed wire and surrounded by trenches, is being erected along its 534-kilometer frontier with Iran.

But security officials say that tens of thousands of Afghans are believed to be amassing on the Iranian side.

Arif and dozens of other Afghans AFP encountered – all of them men – crossed a borderless section and then found temporary shelter behind some railway tracks in Tatvan, on the western shores of Lake Van.

"Afghanistan is finished," said Nakivillah Ikbali, 19, whose 15-day journey from Mazar-i-Sharif in Afghanistan took him to Pakistan and Iran.

Others like Arman Ahmadi, 17, are making their second attempt at escape.

He was deported last year after being caught in Istanbul, where he worked illegally as a barber and says he would love to settle in Turkey for good.

"Your state (Turkey) tells me to go to Afghanistan, but there's a war," he said. "I don't want to go to Europe. If Turkey provides me shelter, I want to stay."

Until 2013, Turkey resettled Afghans in third countries, mostly in Europe and refugee-friendly places such as Canada.

That practice ended when EU member states declared Afghanistan safe because of the NATO presence.

Official data shows 120,000 Afghan refugees in Turkey, and up to 300,000 undocumented Afghan migrants.

Those numbers are dwarfed by the 3.6 million refugees from neighboring Syria.

"It hosted two million Afghans during the 1979 Soviet invasion," he told AFP.

But he added that years of U.S.-led sanctions linked to Tehran's nuclear program have devastated Iran's economy, making the situation more volatile.

"To what extent Iran could provide protection to new arrivals, we don't know yet," Çorabatır said.

Back behind the railway tracks in Tatvan, the Afghan men pondered the devastation they have left behind.

Mohammed Zamir, 16, saw no future without help from other countries.

"And the government will kill you if you side with the Taliban," he said, recalling life before the Taliban's capture of Kabul.

"People have no other choice, they have no money, no work, and no employment. What will anyone do there? Where will we go if the neighbouring countries do not provide us shelter?"