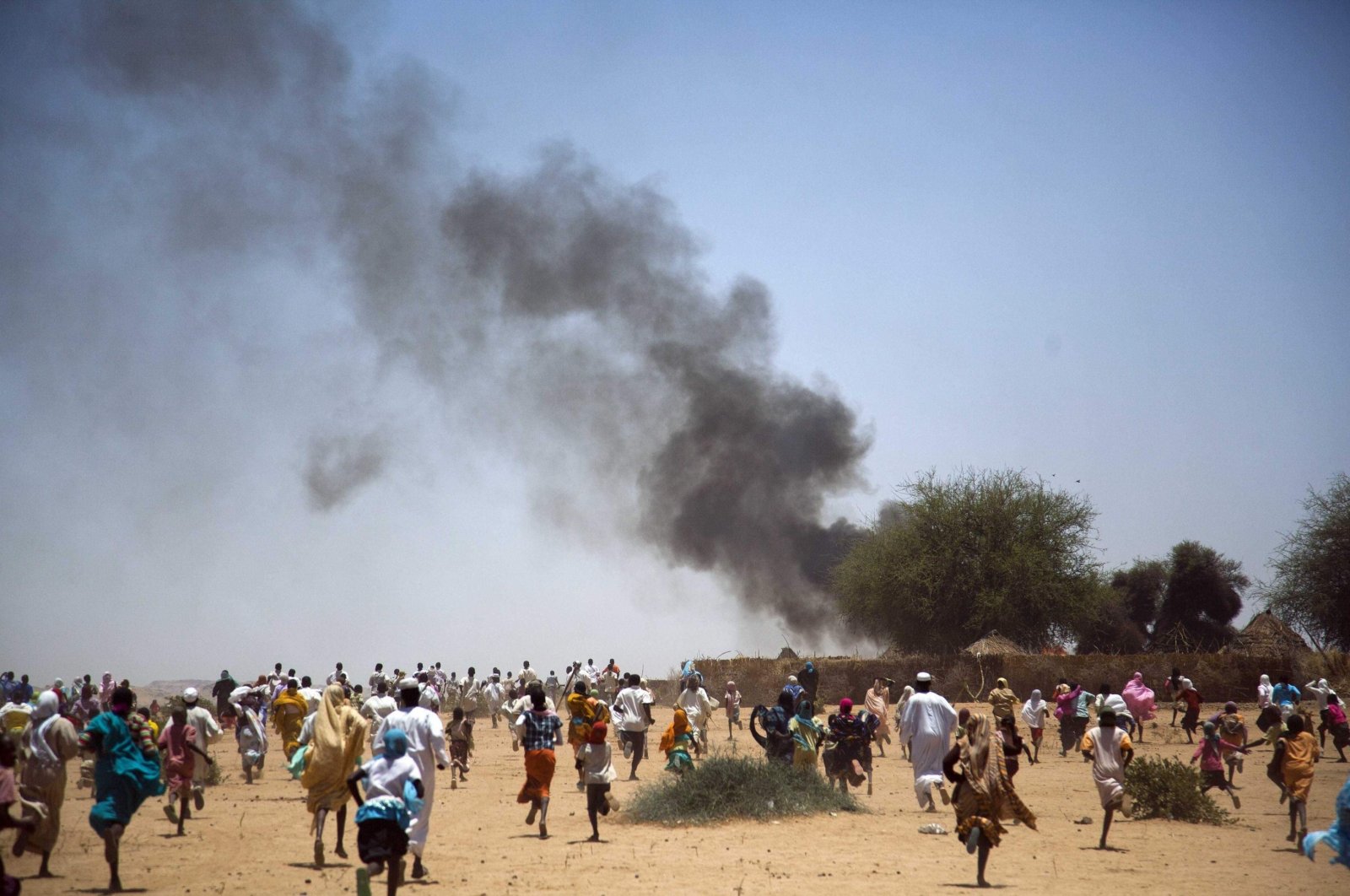 Villagers run away with their belongings from a fire in Kuma Garadayat, a village located in North Darfur, Sudan, May 19, 2011. (Reuters File Photo)
by Daily Sabah with Agencies Dec 09, 2021 10:19 pm
RECOMMENDED

Two Turkish citizens kidnapped in Sudan's war-torn Darfur region have been rescued in an operation, officials from the company they are working for confirmed to Daily Sabah late Thursday.

Efforts are underway to bring them to Turkey as soon as possible, officials added.

The Turks, identified as engineers working for a Turkish electricity company, and their Sudanese driver were kidnapped on Tuesday.

Darfur Governor Minni Arko Minawi tweeted that he “regretted” the kidnapping and called on the unknown perpetrators to let them go safely.

Diplomatic sources told Anadolu Agency (AA) that the Turks were returning home from work in North Darfur's city al-Fashir when they were stopped by unknown gunmen. The car was taken to another location, and the driver was beaten by gunmen. The driver was later released and treated at a hospital for injuries.

A company official speaking to Daily Sabah also confirmed that the incident is not related to the company's commercial activities but rather to ongoing internal clashes in the region.

Darfur is still recovering from a civil war that broke out in 2003, while clashes between tribes are rampant. At least 48 people were killed in tribal clashes over the weekend. Sudan, overall, faces uncertainty after a military coup in October. Protests against the coup have killed scores of people since then.

Local authorities had earlier announced that four people were killed and three others were injured in al-Fashir in attacks by unknown gunmen. An angry mob gathered outside the governorate calling for the capture of the perpetrators, while authorities later announced a suspect had been detained.

Turkey and Sudan maintain close economic ties, with a bilateral trade volume of $480 million (TL 6.61 billion) as of 2020. A target of $2 billion has been set for the next five years. The African country hosts a large number of Turkish companies in several sectors, while Turkey’s total investment in Sudan has amounted to $314 million. The two countries recently announced that they have reached a deal on boosting Sudan’s electricity production through power-generating ships operated by Turkish companies in the Red Sea.

The Turkish Foreign Ministry and Khartoum embassy were working with Sudanese authorities to ensure the release of the Turks, AA reported.