UN condemns mosque attack in US’ Minnesota amid Ramadan 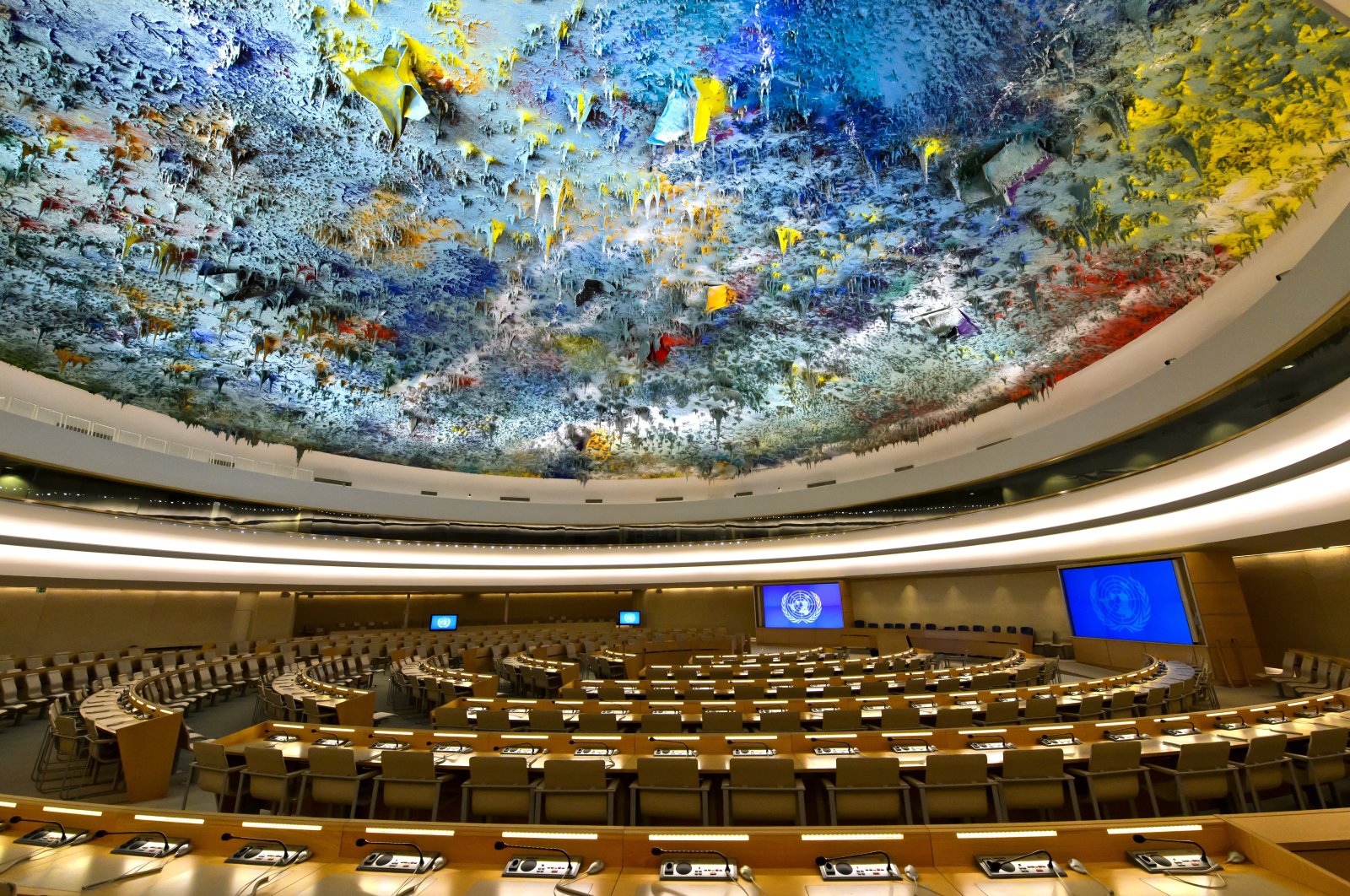 An undated photo of the ceiling of the Human Rights and Alliance of Civilizations Room of the United Nations Office in Geneva, Switzerland. (Getty Images)
by daily sabah Apr 28, 2021 1:22 pm
RECOMMENDED

The United Nations on Tuesday strongly condemned an anti-Muslim attack on a mosque in Moorhead, Minnesota that took place during the holy month of Ramadan.

“The High Representative for the United Nations Alliance of Civilizations (UNAOC), Mr. Miguel Angel Moratinos, strongly condemns the anti-Muslim signs and racial graffiti that were spray-painted on the façade of the Moorhead-Fargo Islamic Community Center in Minnesota and discovered on Sunday morning,” a written statement from the U.N. said.

Noting that the “vicious attack” took place in the middle of Ramadan, the U.N. said that the center serves as a mosque and a community gathering place in Moorhead.

According to the statement, Moratinos stressed that no community should experience “this kind of toxic hatred” and reiterated that all forms of discrimination and acts of violence, targeting religious sites and places of worship as well as worshipers, regardless of their religion or belief, are unacceptable and unjustifiable.

“The High Representative notes that the spirit of compassion, tolerance and unity inherent in Islam should inspire all of us,” the statement said, adding that Moratinos voiced solidarity with the Muslim community in Minnesota and wished them a blessed and peaceful Ramadan.

A report by the Council on American-Islamic Relations (CAIR), published this week, showed a 9% increase in complaints since 2018. The council received a total of 6,144 complaints nationwide last year involving a range of issues, including discrimination, immigration and travel restrictions, bias incidents, law enforcement and school-related incidents, among other reported issues.

Similar to in the United States, rising Islamophobia and hate crimes have also become a trend in Europe. Most recently, Turkey’s Communications Director Fahrettin Altun stated last week that Europe’s racists hide behind words like freedom and democracy to incite violence against Muslims and called on the international community to “extinguish the fire of hate with Islam’s message of peace.”