US calls on Azerbaijan, Armenia to resolve differences 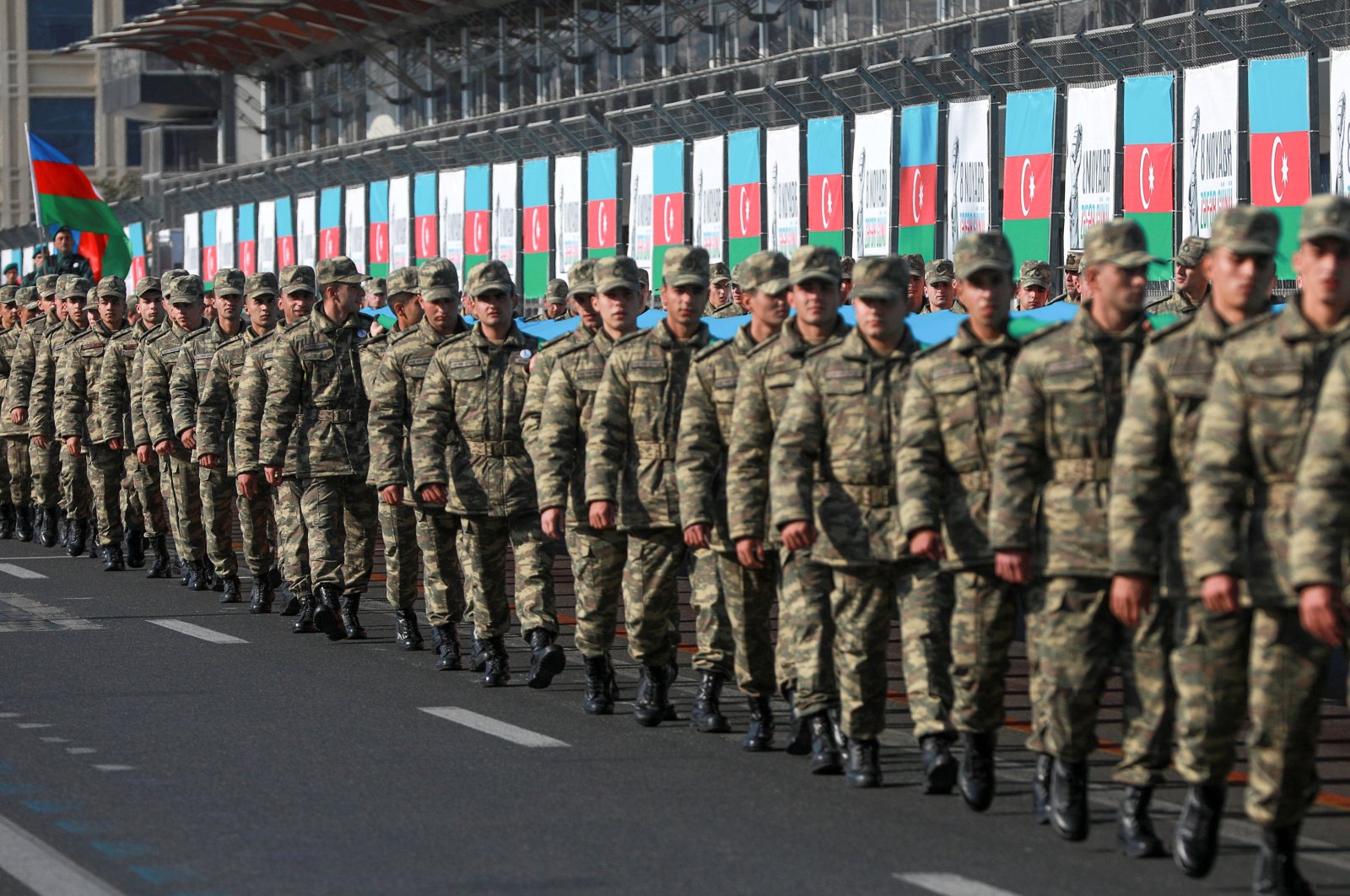 Azerbaijani service members take part in a procession marking the anniversary of the end of the 2020 military conflict over Nagorno-Karabakh in Baku, Azerbaijan, Nov. 8, 2021. (Reuters Photo)
by DAILY SABAH Nov 17, 2021 9:37 am
RECOMMENDED

The United States on Tuesday called on Azerbaijan and Armenia to constructively resolve their problems amid tensions between the two ex-Soviet nations that have simmered since a six-week war last year over Nagorno-Karabakh.

"The United States is deeply concerned about reports of intensive fighting today between Armenia and Azerbaijan. We urge both sides to take immediate concrete steps to reduce tensions and avoid further escalation," said U.S Secretary of State Antony Blinken in a statement.

"We also call on the sides to engage directly and constructively to resolve all outstanding issues, including border demarcation," he added.

"As noted in the Minsk Group Co-Chairs' statement on Nov. 15, the recent increase in tension between Armenia and Azerbaijan underscores the need for a negotiated, comprehensive and sustainable settlement of all remaining issues related to or resulting from the Nagorno-Karabakh conflict," the statement said.

The Azerbaijani Defense Ministry said Tuesday in a statement that Armenian forces have carried out "large-scale provocations" against the combat posts of the Azerbaijani army in the Kalbajar and Lachin regions of the state border, while two Azerbaijani soldiers were wounded in the attacks.

The Azerbaijani army immediately carried out an emergency operation, the statement said, adding the movement of the Armenian forces was blocked and its forces and means were damaged.

Azerbaijan and Armenia took steps to stabilize the situation on their borders, said a statement by the Russian Defense Ministry later in the day.

It said the clashes in Karakilise have ceased and the situation is currently back to normal and under control.

"As of 5.30 p.m. (1:30 p.m. GMT), with the mediation of Russia, a cease-fire was declared on the Azerbaijan-Armenia border," the Armenian Defense Ministry said.

Putin and Pashinyan agreed to stay in contact, the Kremlin said in a statement.

Armenia and Azerbaijan have been locked in a decades-old dispute over the region of Nagorno-Karabakh, a region that lies within Azerbaijan but was occupied by ethnic Armenian forces backed by Armenia since a war there ended in 1994.

Moscow brokered a peace deal last November to end six weeks of fighting over the territory, during which more than 6,600 people were killed. The Russia-brokered truce allowed Azerbaijan to regain control of large parts of Nagorno-Karabakh and surrounding areas from Armenian occupation.