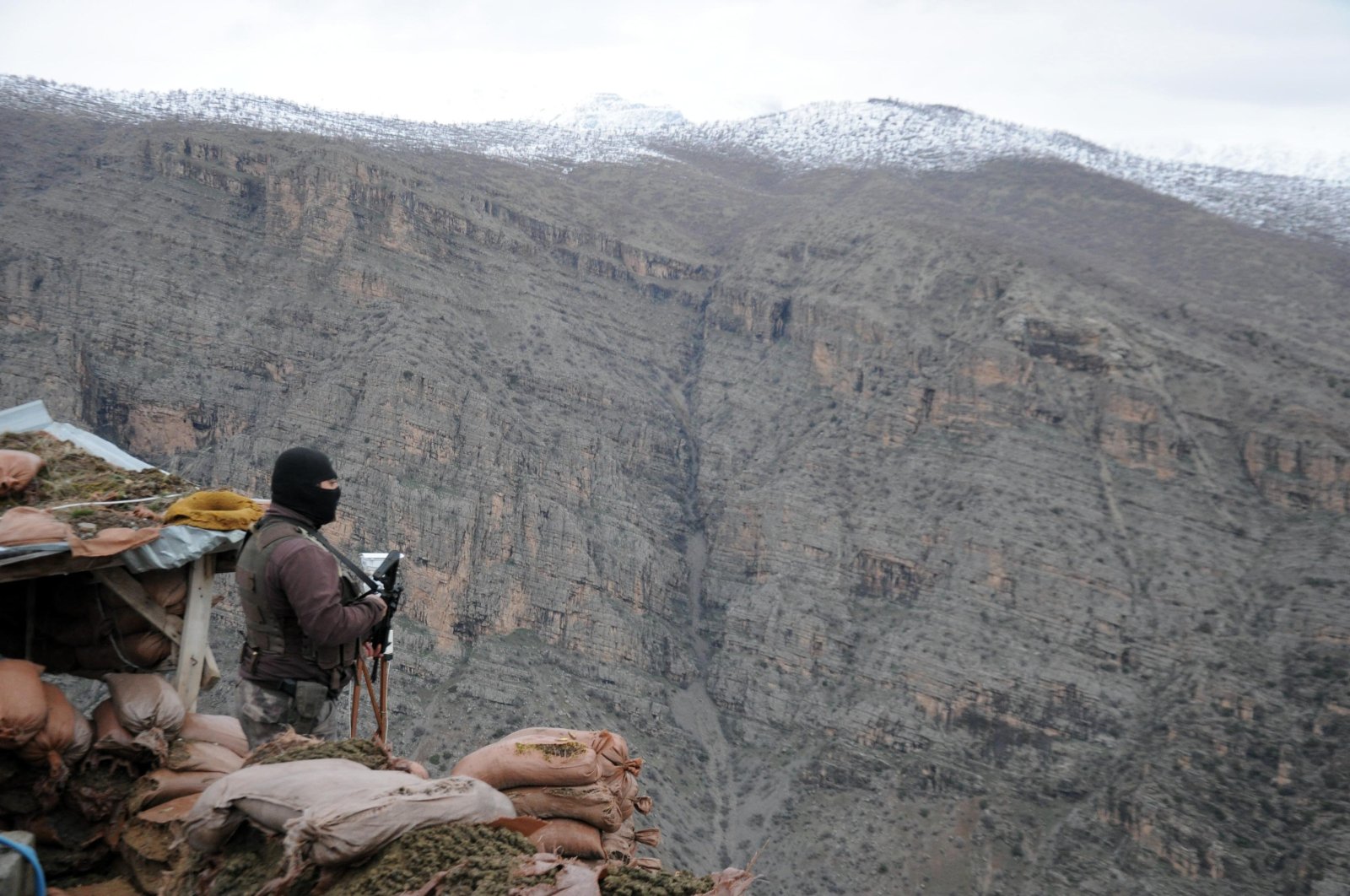 A Turkish soldier stands on guard at a base in Çukurca, Hakkari, Turkey. (AA File Photo)
by DAILY SABAH WITH AA May 10, 2021 9:52 am
RECOMMENDED

At least 16 of the 19 terrorists were killed in two separate operations in northern Iraq, the Defense Ministry said.

In the first incident, eight terrorists were killed in a successful airstrike in the Gara region as a result of coordinated efforts of the Turkish Armed Forces (TSK) and the National Intelligence Organization (MIT), said the ministry said in a statement.

Separately, Turkish commandos stormed a cave in the Avaşin-Basyan region and killed six PKK terrorists as part of the Claw-Lightning anti-terror operation.

Turkish commandos later killed two more terrorists in the Metina region as part of the operation.

The terrorists were killed in Çanaklı village of Hakkari province by the local gendarmerie and the air force, said the ministry.

The ministry further said the operations in the region are ongoing.

Operation Eren, named after Eren Bülbül, a 15-year-old who was killed by the PKK terrorist group on Aug. 11, 2017, began in January with the aim of eliminating terrorism in the country.

The TSK launched a large-scale military operation against terrorists in northern Iraq on April 23.

The TSK regularly conducts cross-border operations in northern Iraq. Turkey has long stressed that it will not tolerate terrorist threats posed against its national security and has called on Iraqi officials to take the necessary steps to eliminate the terrorist group. Ankara previously noted that if the expected steps were not taken, it would not shy from targeting terrorist threats.