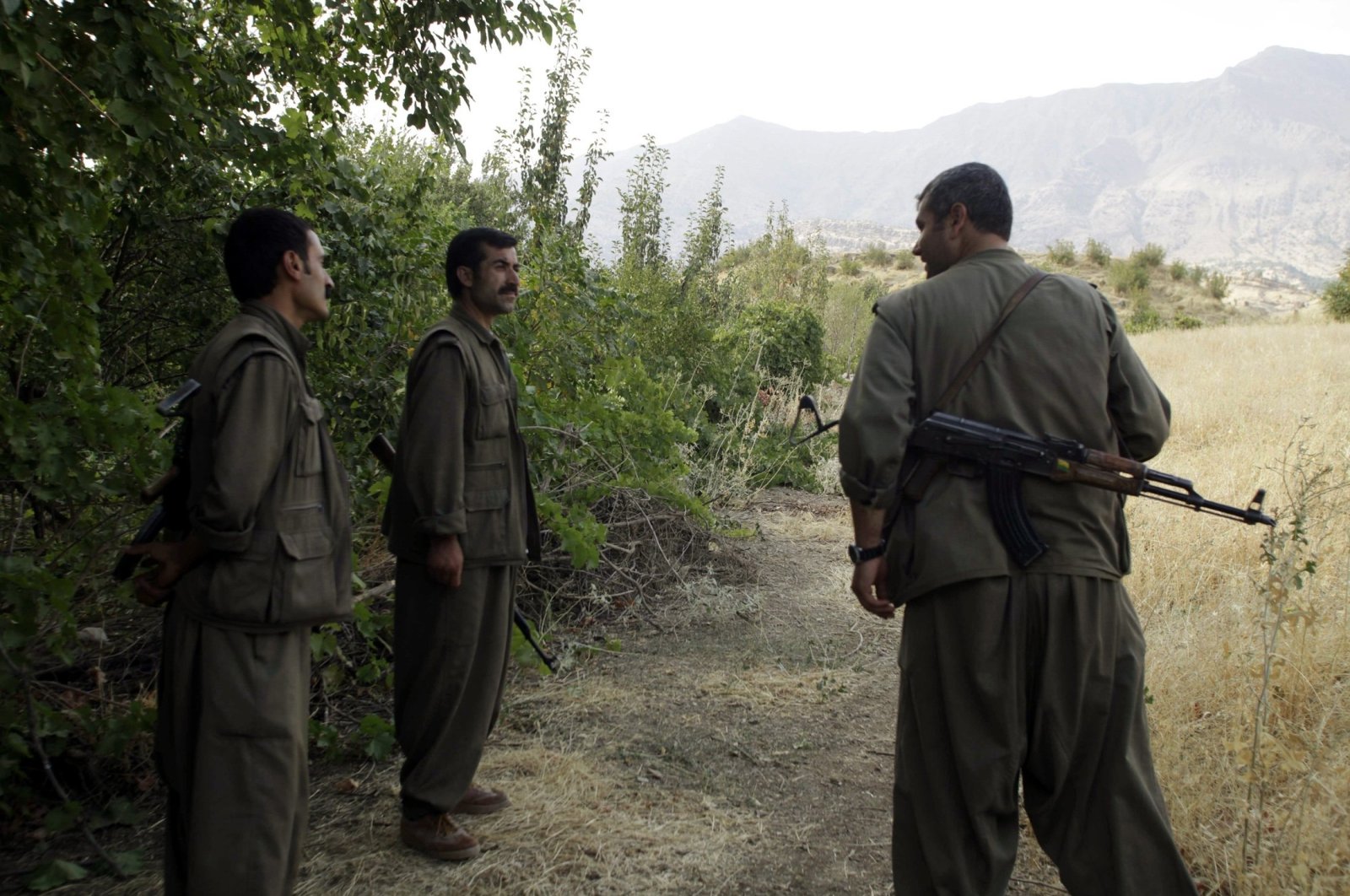 In a statement, the ministry said the two fled the terrorist group following persuasion efforts by police and gendarmerie forces and eventually surrendered.

They joined the terrorist group in 2013 and 2015 and operated in both Syria and Iraq as well as in Iran.

With the latest additions, the number of terrorists who have laid down their arms through persuasion efforts in 2022 now rose to 41, it added.

Offenders linked to terrorist groups who surrender are eligible for possible sentence reductions under a repentance law.

According to Turkish officials, in recent years the PKK – battered and demoralized by Turkish security forces' successful operations – has been losing members and failing to attract new ones.

In recent years, Turkey has stepped up domestic operations and efforts across its borders against the terrorist group and convinced a substantial number of members to abandon the PKK.

Protests by a group of families in front of the pro-PKK HDP headquarters in Diyarbakır demanding the return of their sons and daughters, who were recruited or kidnapped to fight for the terrorist group, have also helped increase the number of people surrendering.