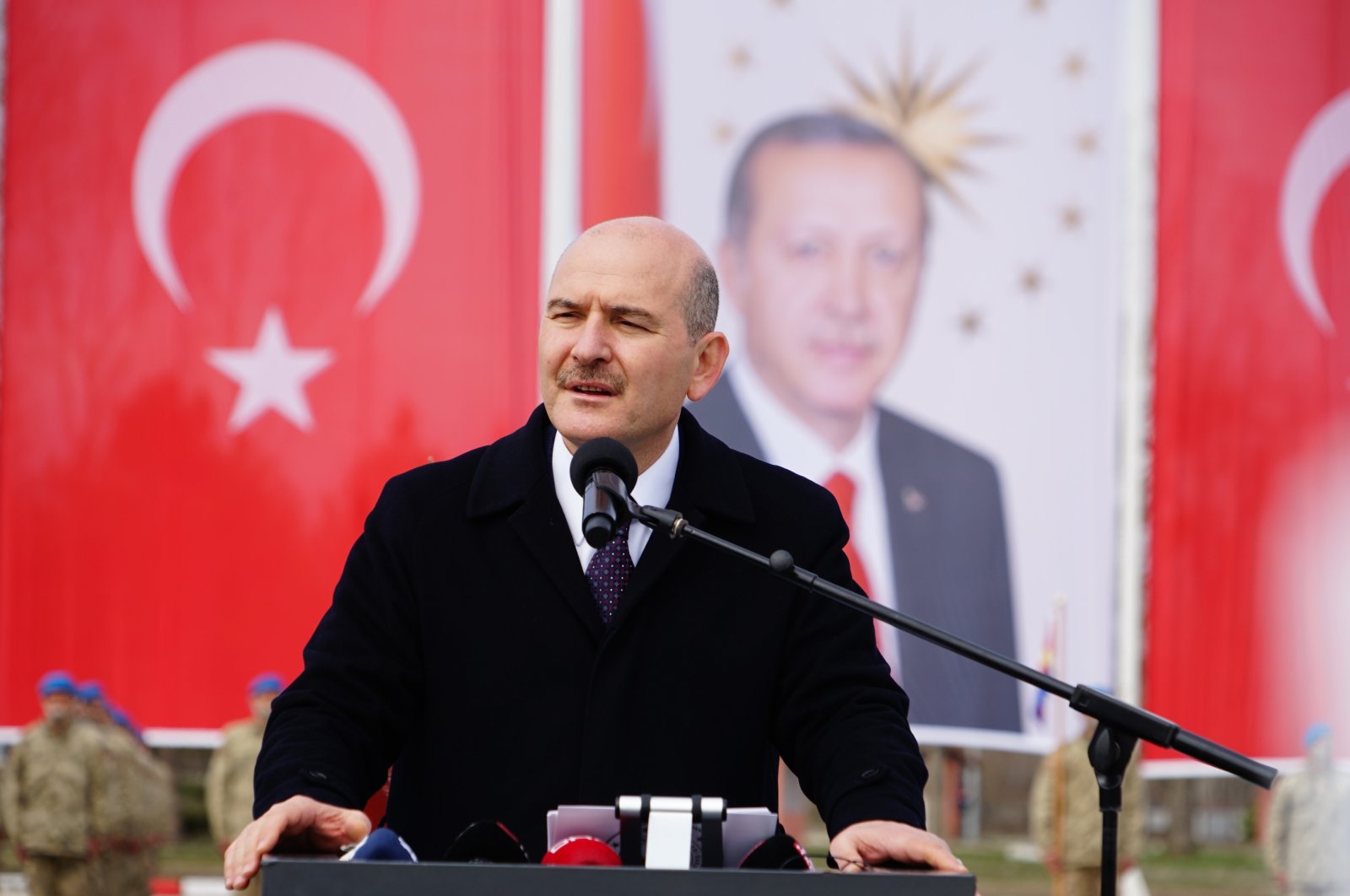 Referring to the Turkish security forces' efforts, Soylu said: "Last year, 54 people joined the PKK terrorist organization, but thanks to the persuasion efforts of our police and gendarmerie teams, 243 terrorists surrendered. So far this year, only 11 people have joined the PKK while some 40 people were convinced to leave the terrorist group."

Soylu added that the Turkish security forces carried out a total of 22,399 operations against the PKK this year, 26 of which were major operations in rural areas.

Turkish security forces neutralized a total of 134 terrorists affiliated with the PKK and its Syrian branch YPG during domestic and cross-border anti-terror operations.

Furthermore, the operations targeting the terrorist group and its youth organization led to the arrest of 222 suspects; 74 of them were remanded in custody, while legal procedures for the others are ongoing.

So far in 2021, a total of 39 terrorists surrendered to security forces thanks to persuasion efforts by security forces. Offenders who are linked to terrorist groups and surrender are eligible for possible sentence reductions under a repentance law.

At least six terrorists were neutralized on March 30 as part of Operation Eren-5 in the southeastern Mardin province. Two of them, identified as Hasan Mahmudi and Teyyup Cam, were in the red and orange categories of the Interior Ministry’s wanted list, respectively.

The two terrorists were involved in attacks between 2008 and 2019 in which Turkish security personnel was wounded or martyred.

Also, the Turkish intelligence caught Ibrahim Babat, codenamed Seh Guyi, a so-called brigade commander of the YPG/PKK in Syria. He was brought to Turkey to face the judicial process.

Over the last four years, the number of PKK terrorists in Turkey has plunged 83%. In its more than 40-year terror campaign against Turkey, the PKK – listed as a terrorist organization by Turkey, the U.S. and the European Union – has been responsible for the deaths of 40,000 people, including women and children.