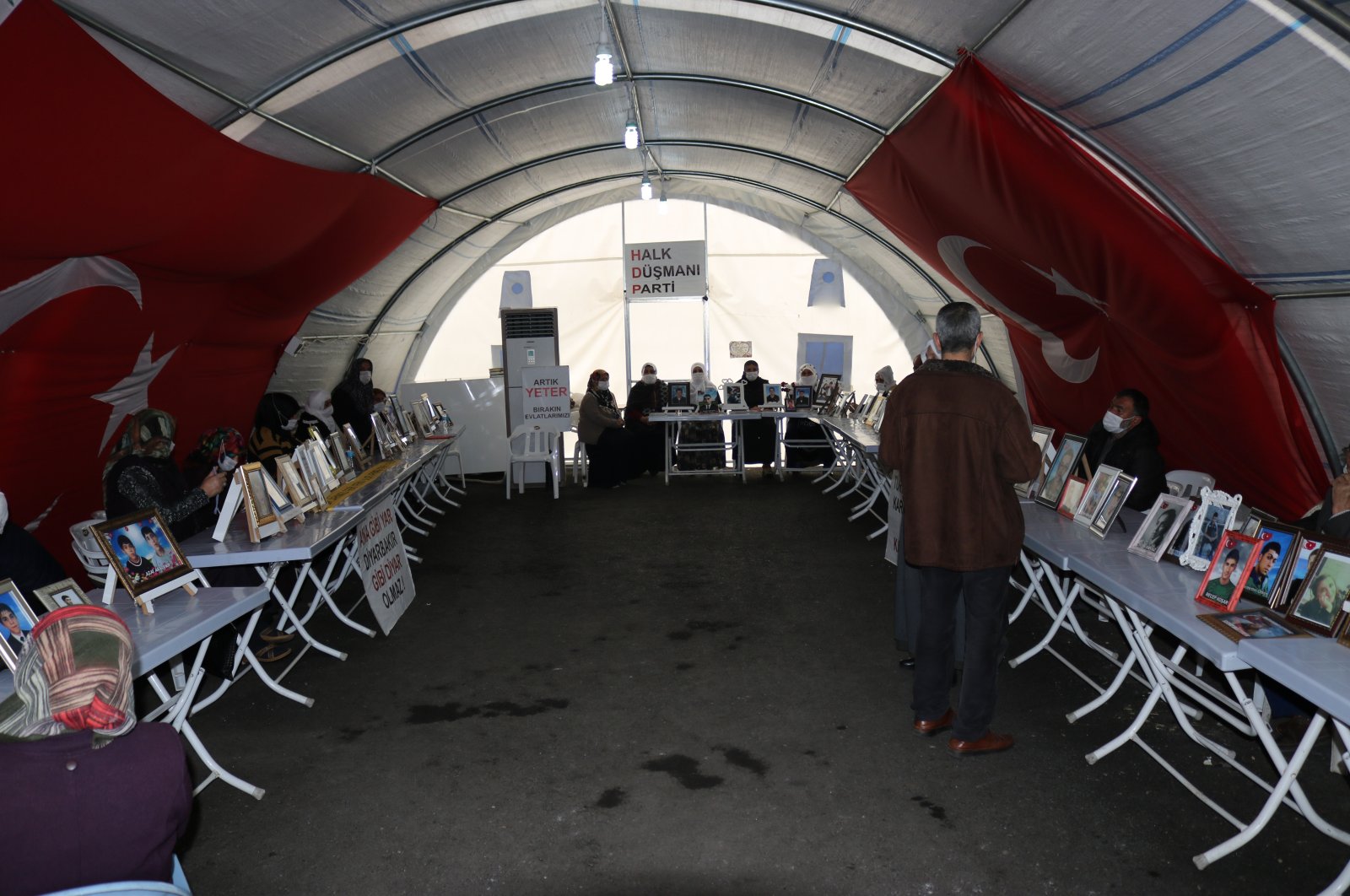 A terrorist who fled the PKK and surrendered to security forces stated on Wednesday that there was almost no active participation in the organization last year, signaling that Turkey's persuasion efforts and its security forces' counterterrorism operations are bearing fruits.

The 21-year-old, identified by the initials H.K., surrendered to security forces at the Habur border gate in southeastern Turkey's Şırnak province. In his statement to the Diyarbakır chief public prosecutor's office, he said he was instructed to join the PKK terrorist group six years ago after having been sent to the Diyarbakır provincial building of the pro-PKK People's Democratic Party (HDP).

“In Diyarbakır, participation is made through the HDP and the ‘permanent staff’ organization members that I met there,” H.K. explained while voicing his regret for having joined the terrorist group. He added that he stated his will to leave the organization to a high-ranking member, code-named “Mizgin Koçer.”

Saying that participation decreased substantially last year, the surrendered terrorist underlined that most fear leaving the group both because they believe PKK leader Murat Karayılan will execute those intending to flee and due to propaganda designed to deter others from escaping.

Interior Minister Süleyman Soylu similarly stated that participation is low while speaking at the Parliament in the capital Ankara on Tuesday.

"There are about 5,000 active PKK terrorists left," Soylu further underlined.

On the other side, the sit-in of families protesting the terrorist group in front of the HDP's Diyarbakır office, a demonstration that has been ongoing for nearly 18 months, has also been effective in curbing participation.

Most of the families have stated that the last time their children were seen was at the HDP provincial building, while many others claim they had been forcefully abducted.