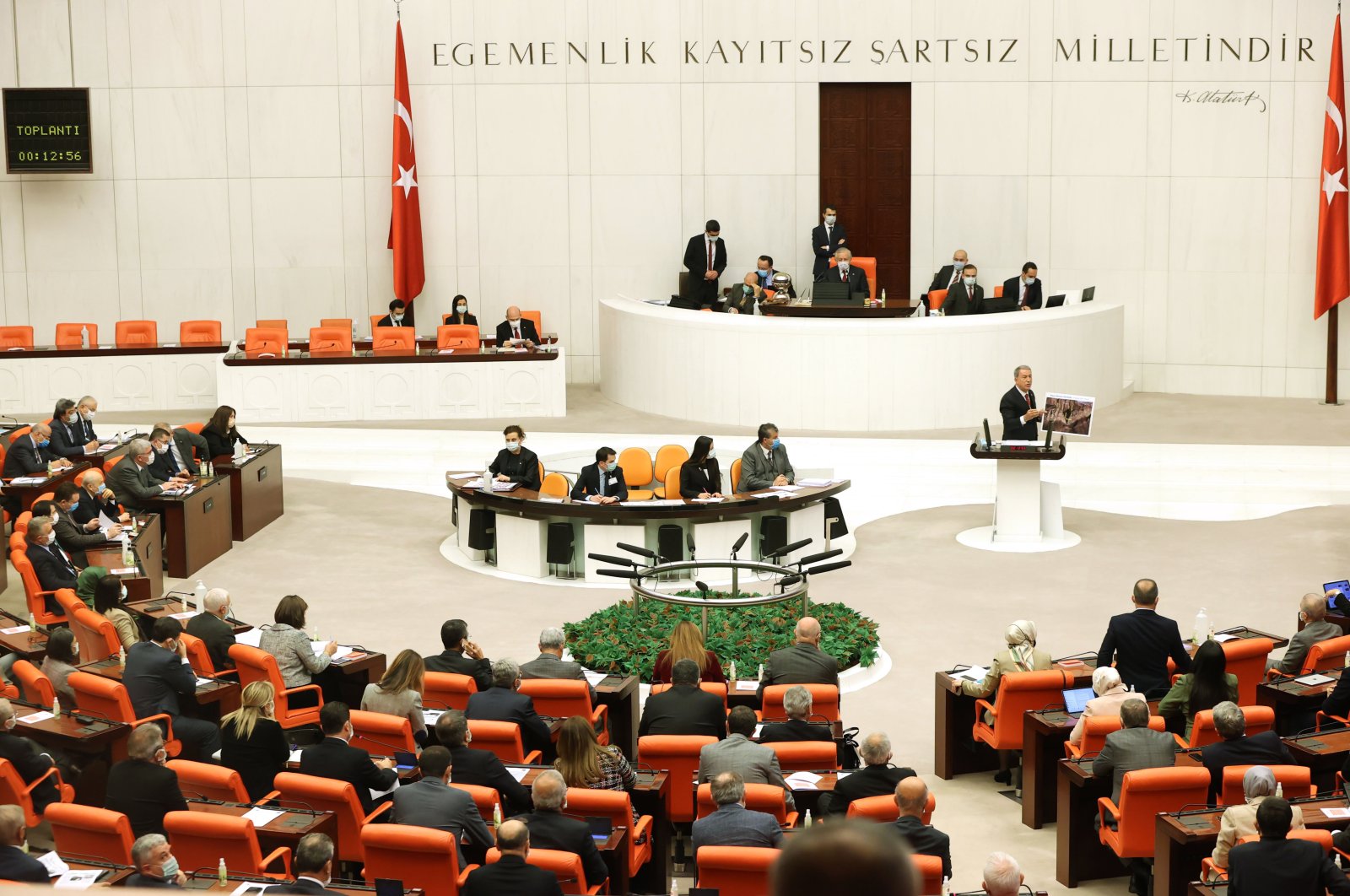 Turkey has been monitoring the Gara region for the past five months, Defense Minister Hulusi Akar said on Tuesday during a briefing session in the Turkish Parliament also attended by Interior Minister Süleyman Soylu regarding the PKK’s recent Gara attack.

"The region was already one of our focus points. We have been monitoring Gara for the past five months," he told the lawmakers in the capital Ankara.

Stating that the region has multiple caves, Akar said the Turkish military operation has focused on the one that opened fire.

"The cave was determined to have a barred door. It was impossible to target the cave with our air force due to its location," he explained.

"When Turkish forces initially landed in the region, there were already two Turkish martyrs. One of the terrorists immediately surrendered and informed us of the situation in the region."

Akar said that the findings of the operation once again revealed concrete evidence of the YPG/PKK relationship, referring to the Syrian branch of the terrorist group.

"Only tear gas was used in the cave’s entrance. Within the cave, the Turkish forces proceeded by reciprocating the PKK's fire. ... The operation's planning was conducted in cooperation with allies, targets chosen with diligence and the utmost attention paid to ensure no civilians or civilian properties were affected," he said.

"Why are we having operations in northern Iraq? Because 70% of the PKK harassment targeting Turkey came from this region back in 2019," Soylu expressed during his speech in the parliament following Akar.

A total of 51 terrorists, four of whom were high-ranking, have been killed during the operation, the defense minister pointed out, adding that as a result of this operation, the PKK has suffered great material and monetary loss while the escape from the terrorist groups has also began.

Soylu also mentioned that this hostage crisis has been a priority for the Turkish government for the past five years.

“We had talks with both the Turkish hostages and their families every three months,” he said.

Saying that Turkey’s fight against terrorism did not start today, Soylu highlighted that “it will come to an end soon.”

"There are about 5,000 active PKK terrorists left,” he stated, also reiterating that the terrorist organization has killed a total of 6,021 civilians since 1984.

Soylu and Akar briefed Parliament following the PKK’s execution of 13 Turkish citizens in a cave in northern Iraq on Sunday.

The PKK managed to establish a foothold in Iraq in mid-2014. Turkey has long been stressing that it will not tolerate threats posed to its national security and has called on Iraqi officials to take the necessary steps to eliminate the terrorists. Ankara previously noted that if the expected steps were not taken, it would not shy away from targeting the group.