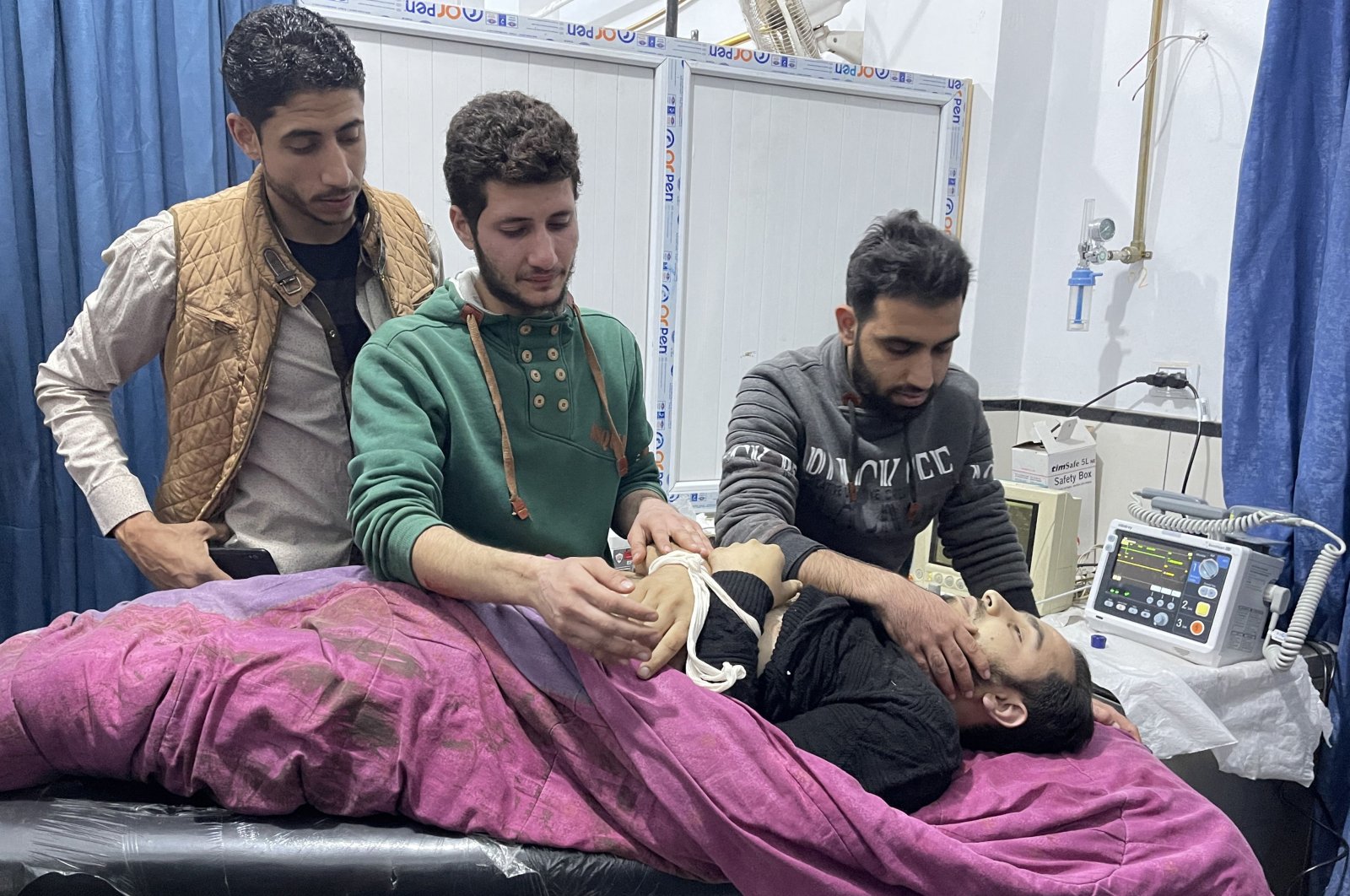 Relatives mourn over the body of a man, who was killed following reported shelling on the city of Afrin, at a hospital in the northern Syrian city, Nov. 19, 2021. (AFP Photo)
by DAILY SABAH WITH AA Nov 19, 2021 8:47 pm
RECOMMENDED

At least three civilians were killed and 10 others injured after terrorists from the PKK's Syrian offshoot, the YPG, fired multiple rockets in northern Syria late Friday.

Six rockets struck Afrin at around 6 p.m. (3 p.m. GMT), according to a statement by the governor's office of Turkey's southern Hatay province that borders Syria.

The Hatay Governor's Office has launched an investigation along with Syrian authorities, the statement said.

Afrin was largely cleared of YPG terrorists in 2018 through Turkey's counterterrorism offensive Operation Olive Branch and was set on a path toward normalization with several restorations of hospitals, schools and other vital facilities.

Despite all these positive developments, the YPG continues to target residential areas and civilians in Afrin by using Tal Rifaat, located in the southeast of Afrin, as a base. Local people living in areas held by the YPG have long suffered from its atrocities, as the terrorist organization has a notorious record of human rights abuses, ranging from kidnappings, recruitment of child soldiers, torture, ethnic cleansing and forced displacement in Syria. The YPG has forced young people from areas under its control to join its forces within the so-called "compulsory conscription in the duty of self-defense."