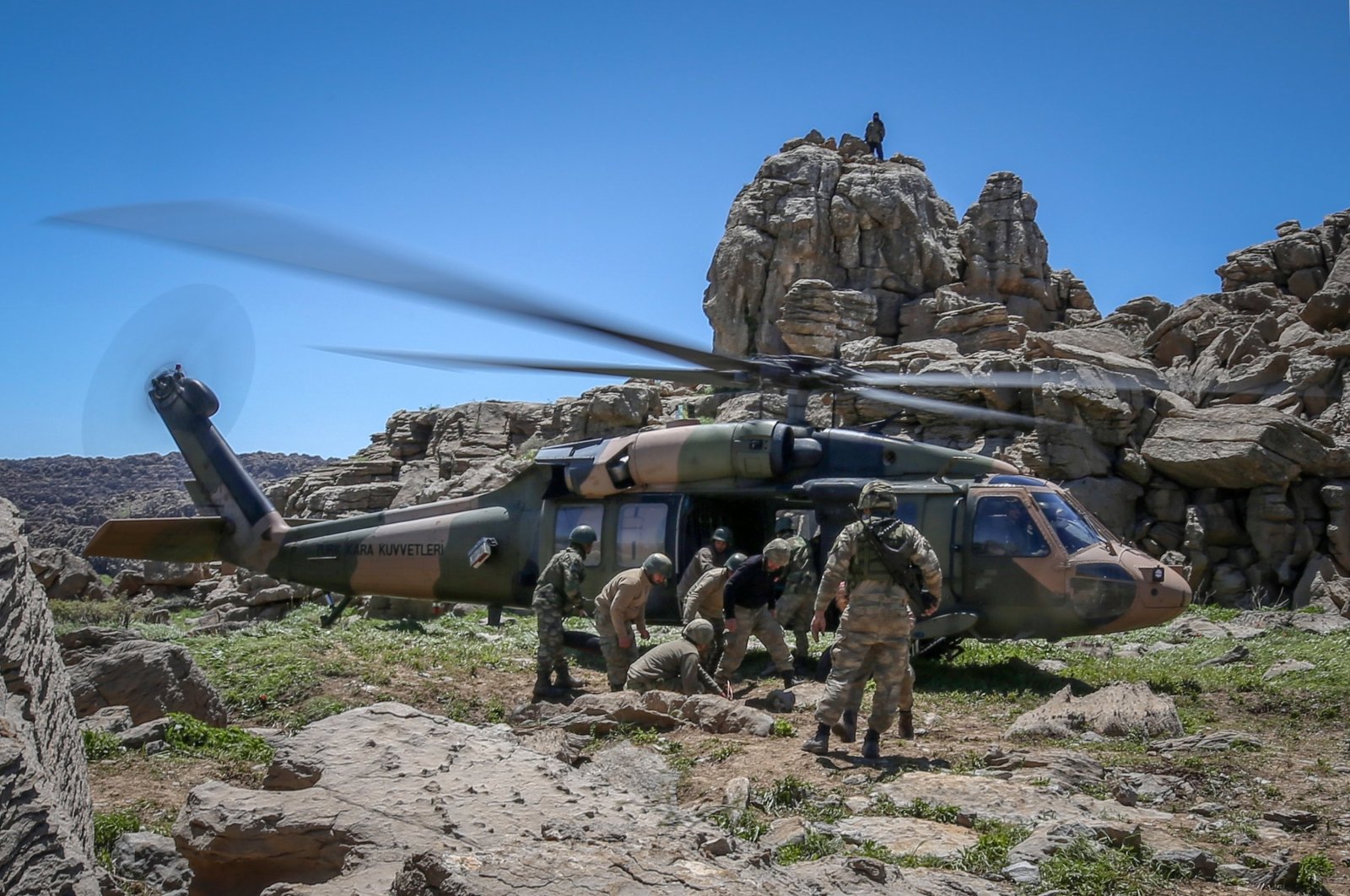 Three PKK terrorists killed in an airstrike targeting the group's bases in northern Iraq's Gara region were found to be operating within the so-called special force structure that plans actions and attacks in Turkey, the Defense Ministry announced Monday.

In an official statement, the ministry said that as part of Turkish strikes on terror elements in northern Iraq, three terrorists affiliated with the PKK were killed in Gara in successful operations by the air force.

In another statement Monday, the ministry said: "It was determined that 3 PKK terrorists, who were neutralized by the coordinated work of the Turkish Armed Forces and National Intelligence Organization (MIT) in Gara, in the north of Iraq yesterday, operate within the so-called special force structure that plans action in Turkey."

Turkish security forces have ramped up their efforts against the PKK terrorists at home and across the country's borders and have been carrying out successful operations to eliminate senior terrorists. Many PKK terrorist hideouts and bases are located in northern Iraq from where they carry out attacks on Turkey.

PKK targets are being heavily targeted in the Gara, Metina, Avashin-Basyan, Zap and Qandil regions in northern Iraq. In addition to F-16 fighter jets, the operations are being supported by border artillery units, fire support elements in forward base areas and attack helicopters.