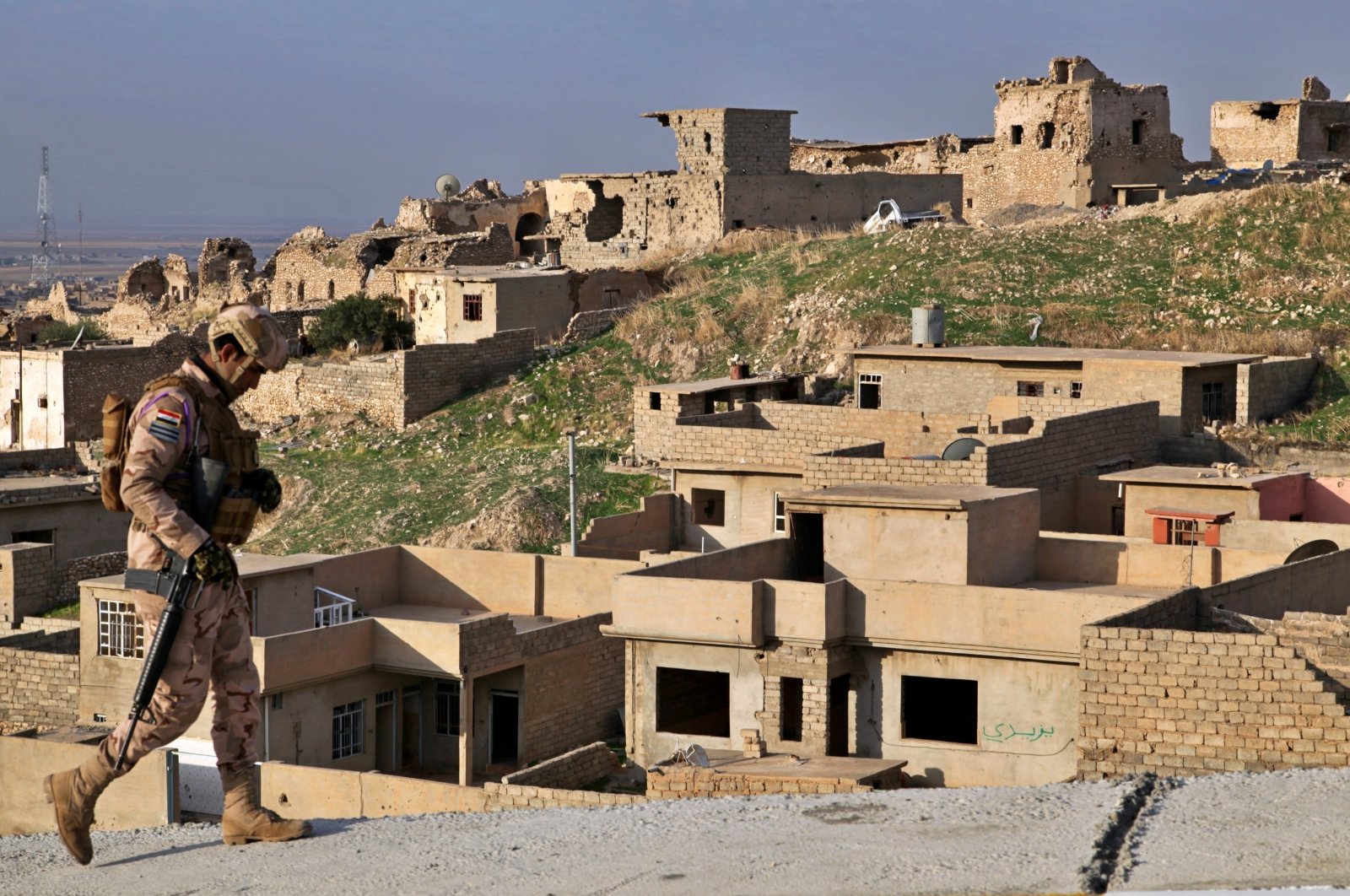 The terrorist group, disturbed by the Baghdad-Irbil agreement of Oct. 9, 2020, which will end PKK presence in the Sinjar region, is trying to spread the instability it has created in the occupied regions to the north of Iraq with terrorist acts and to divert attention from Sinjar.

On Oct. 9, the Iraqi prime minister's office announced it reached a "historic deal" with the KRG, an agreement that will bolster the Iraqi federal authority in Sinjar under the constitution in terms of governance and security. The Iraqi prime minister's spokesperson, Ahmed Mulla Talal, said in a Twitter statement that the agreement will end the authority of intruding groups in Sinjar, referring to the PKK.

Following the deal, the Turkish Foreign Ministry said in a statement that it hoped the agreement would be carried out in a way that enables the reinstatement of Iraqi control in Sinjar, the eradication of Daesh and PKK terrorist organizations and their extensions from the region, and ensure the safe return of Yazidis and the other people of the region who have been subject to grave oppression and persecution, first at the hands of Daesh and then by the PKK.

The PKK's recent attack on Peshmerga forces took place early Tuesday in the Derkar district, northwest of Dohuk, the district head Adib Jafaar said in a statement, and added, "A Peshmerga member was shot dead by a PKK sniper."

On Monday, the PKK set up an ambush in the Hanesur region near the Sinjar district of Mosul, Iraq, and kidnapped two members of the Peshmerga.

Also, Five Kurdish Peshmerga soldiers were killed Saturday in an attack by the PKK terror group in Iraq's northern Dohuk province. The fatalities occurred in an ambush set by PKK terrorists in the Amadiya district, Serbest Lezgin, the KRG deputy minister of Peshmerga affairs said in a statement.

Lezgin also previously said the terrorist organization PKK's Syrian branch YPG attacked Peshmerga forces with heavy weapons over the Syrian border on the night of Dec. 15, 2020, adding that the international coalition forces led by the United States have been providing weapons and various aid to the YPG for years under the name of fighting the terrorist organization Daesh.

In addition to its attacks on Peshmerga forces, the PKK terror group also targets police officers in the region.

Last year in October, the General Directorate of Public Security in Irbil said in a statement that Gazi Salih Ilhan, the public security head at the Serzer border gate along the Iraq-Turkey border, was killed by the PKK.

The terrorist organization also injured two KRG police officers responsible for the security of oil and gas resources in its attack in Chamanke on Nov. 4, 2020.

PKK terrorists attacked the KRG police responsible for the security of oil and gas resources in the Chamanke district on Nov. 5, but no casualties or injuries were reported.

On April 18, a civilian in Irbil was injured in an explosion of TNT placed on a road by the PKK.

On Nov. 17, 2020, the PKK kidnapped two people in the Verte subdistrict of Irbil's Revanduz district.

It was reported that the families whose children were kidnapped by the terrorist group in Halabja, Iraq, filed a lawsuit on Nov. 8, 2020, to save their children.

Yazidis in Sinjar also organized demonstrations to call for the Iraqi central government to save their kidnapped children from the PKK and end its presence in the region.

The terrorist organization also targets diplomatic missions in the region to tarnish the KRG's image.

The KRG Security Agency reported Oct. 26, 2020, that at least 12 suspects with links to the PKK were caught planning to attack a foreign diplomatic mission in Irbil and assassinate its members.

The PKK also killed Turkish diplomat Osman Köse in a restaurant in Irbil on July 17, 2019.

KRG Prime Minister Masrour ​​Barzani, in a statement on Feb. 27, said 800 villages could not be rebuilt due to the PKK's occupation in those villages and said they will not tolerate the PKK's presence in the region.

"Sometimes farmers are denied access to their land. They are often even expelled from the villages. So, we hope this situation does not escalate. We hope that the PKK will understand that its military presence in this region will not serve anyone. We will certainly not tolerate this," he said.

It is stated that due to the lack of implementation of the Sinjar agreement between Baghdad and Irbil, the PKK maintains its presence in the region and is trying to turn the district into a "second Qandil."

The Qandil Mountains in northern Iraq are PKK's stronghold and the group is active in many cities and towns. It occupies a large number of villages in the region and launches attacks on Turkey's interior from here.

Furthermore, KRG officials state that Yazidis cannot return to their homes due to the PKK's presence in the region which interferes with the reconstruction efforts in the region.

Taking advantage of the power vacuum in the region, the PKK announced in January 2015 that it had declared a supposed "canton" in Sinjar. The terrorist organization attempted to seize the local government through a political organization with the so-called public assemblies it established in the region.

Although Peshmerga forces recaptured the Sinjar district center and its surroundings from Daesh in November 2015, the PKK's activities in the region continued. The organization, which built camps for the terrorists it brought to the region, recruited Yazidi children it had kidnapped.