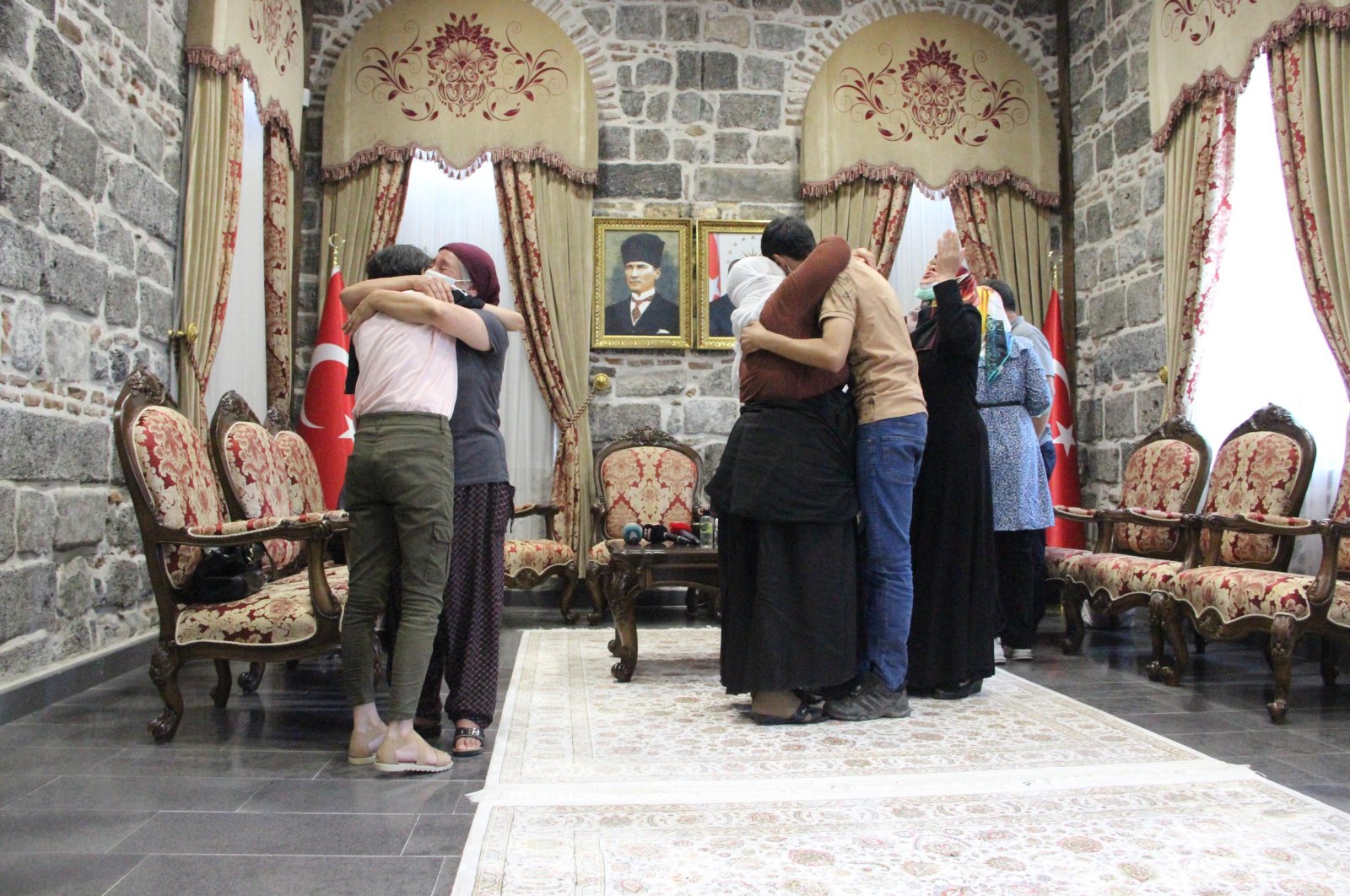 Three PKK terrorists who recently surrendered to Turkish security forces were released with a judicial control decision, as parents continue to stage their demonstration in front of the pro-PKK Peoples’ Democratic Party (HDP) headquarters in Turkey’s Diyarbakır province.

Mustafa Biçer, Ensari Karaşan and Alev Turan were released after judicial procedures and were handed over to their families, reports said Wednesday.

The total number of families who have reunited with their children has reached 31 with the latest additions.

Biçer’s parents, Ayşegül and Rauf, called on other parents to join the protests and seek their children’s return, as they welcomed Mustafa home with his favorite meals, Demirören News Agency (DHA) reported. Mustafa was kidnapped by the PKK at the age of 16 three years ago and his parents joined the protests.

“This victory is not just ours, but (that of) the Republic of Turkey, President Recep Tayyip Erdoğan, Interior Minister Süleyman Soylu and all state officials,” the euphoric mother said, as she criticized the HDP for claiming to represent Kurds but facilitating abductions for PKK terrorists.

She also called on all children abducted by the PKK to lay down their arms and return to their families.

“My son rebelled against the state but the state embraced him,” the father said, and added that Turkey will embrace all others who lay down their arms.

Protests in Diyarbakır outside the office of the HDP started with three mothers who claimed their children had been forcibly recruited by the terrorists.