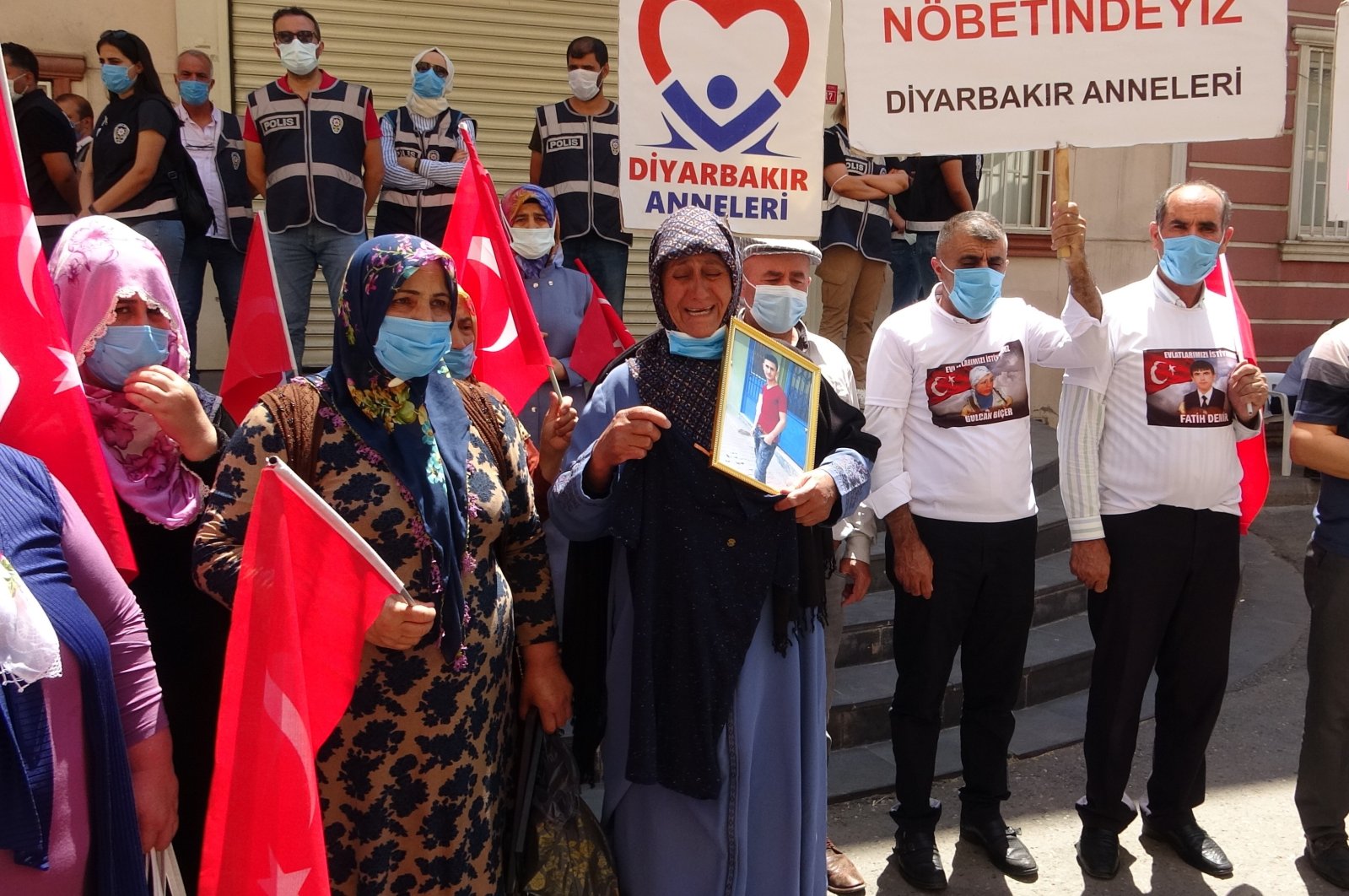 While Turkish security forces carry out counterterrorism operations to eliminate terrorism at its roots, families in Turkey's southeast continue to protest the PKK's practices and the abduction of their children

Another family has joined the protests against the PKK terrorist group in Turkey’s southeastern Diyarbakır province on Saturday as Turkey’s fight against terrorism continues with both domestic and cross-border operations.

Coming from eastern Bingöl province, Ahmet Bayram, the father of Arafat, who was abducted and taken to the mountains seven years ago, joined the protest on Saturday.

Bayram said that his son was working at a restaurant in Istanbul's Umraniye district and he was deceived by the pro-PKK Peoples' Democratic Party (HDP).

"I begged them (HDP) in Istanbul but it was no use, they refused to return my son to me," he said.

He has visited the HDP building every year for the past seven years to find his son, but to no avail. Bayram urged his son to surrender to Turkish security forces.

Protests in Diyarbakır outside the office of the HDP started with three mothers who said their children had been forcibly recruited by the terrorists.

Meanwhile, the Defense Ministry announced on Sunday that two terrorists linked to the PKK’s Syrian wing, the YPG, were eliminated in Syria’s Operation Peace Spring area while another was eliminated in the Euphrates Shield area.

PKK elements are being heavily targeted in the Metina, Avashin-Basyan, Zap and Qandil regions in northern Iraq. In addition to F-16 fighter jets, the operations are being supported by border artillery units, fire support elements in forward base areas and attack helicopters.

In a separate statement, Turkish Defense Minister Hulusi Akar marked the establishment of Turkey’s ground forces and said: “With operations conducted in northern Syrian and Iraq, the attempted formation of a terror corridor in our country’s south has been destroyed and the security of our borders and the innocent local people who have tied their hopes to us has been ensured.”