38 arrested over deadly terrorist attack on social workers in Turkey 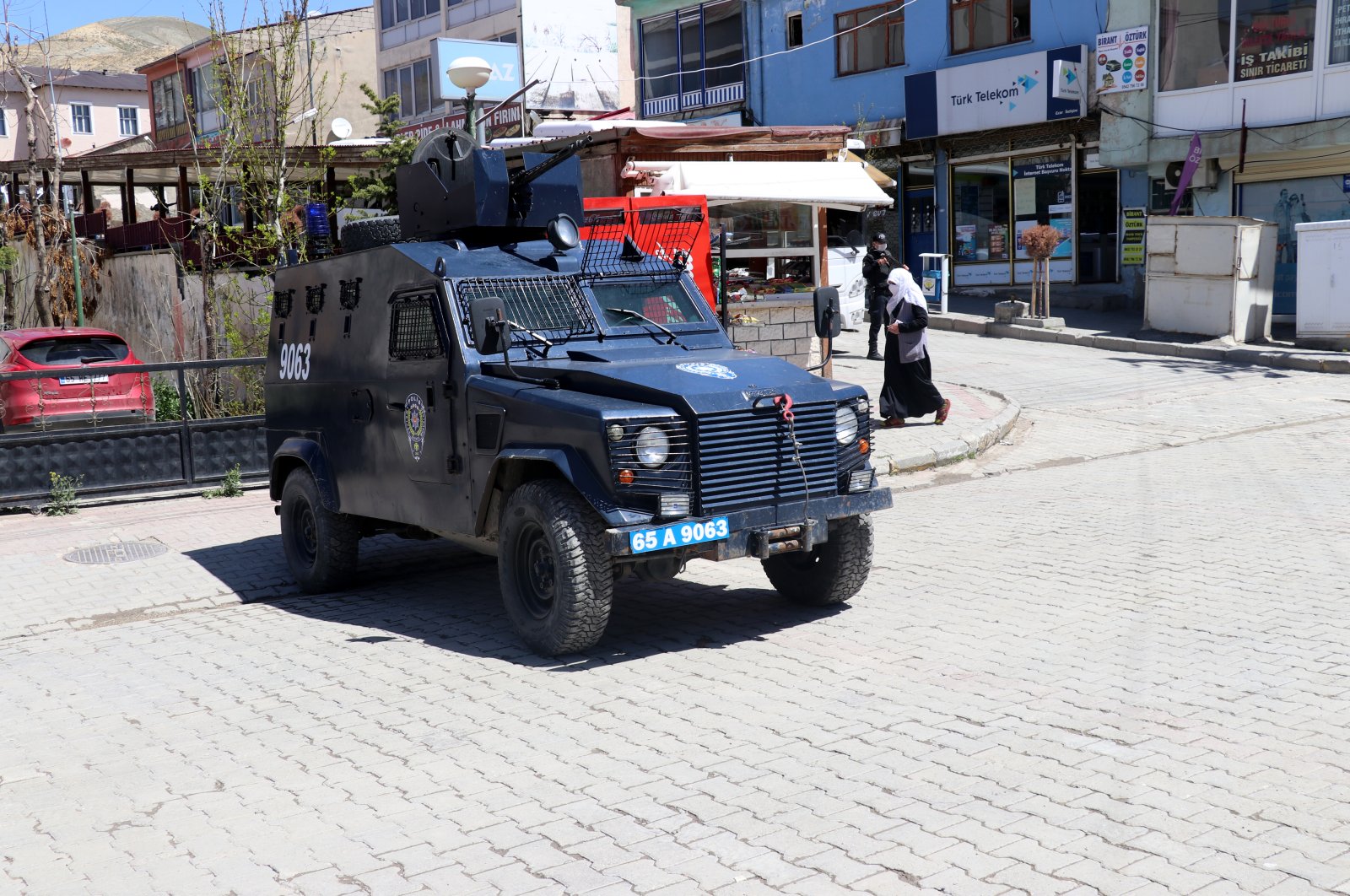 Thirty-eight people were arrested in connection with a terrorist attack on social workers in eastern Van's Özalp district, May 15, 2020. (AA Photo)
by DAILY SABAH May 15, 2020 11:23 am
Edited By Dilara Aslan
RECOMMENDED

Turkish security forces on Friday arrested at least 38 suspects over alleged links to Thursday's deadly terror attack which killed two social workers and wounded another in the eastern province of Van.

Workers with Vefa Social Support Group, which was formed to assist people during the pandemic, were attacked while returning from a quarantined neighborhood in Van's Özalp district. There were reports that Van's Özalp district mayor of the pro-PKK Peoples' Democratic Party (HDP) and five executives were among the suspects.

"The treacherous attack on Vefa Social Support Group workers has revealed the wretched side of the terrorist organization that (it has) tried to disguise," President Recep Tayyip Erdoğan stated Friday on Twitter. The president further pledged to continue the fight against terrorists and their supporters while he underlined that the terrorist organization will pay for this actions.

With an attempt to capture the perpetrators of the attack, a large-scale operation has been launched in the region as well as an investigation into the incident. Security forces conducted raids of many addresses and the operation continues while the 38 suspects are being interrogated.

According to a statement made by the Van municipality on Thursday, the group was in the neighborhood to distribute aid. After their work was done in the region, they were attacked by the terrorists using long-barreled weapons.

Vefa Social Support Groups were initially formed to respond to the needs of people 65 and older who are required to stay at home as part of coronavirus restrictions. Public workers, such as police, gendarmerie, security forces and personnel of Turkey's Disaster and Emergency Management Authority (AFAD), not only meet the needs of senior citizens but also provide protective equipment including masks, cologne, hand soap and disinfectants. The groups have been formed under the supervision of the district municipalities all over the country, and a call center has been established for the people to reach the group's services.

In a statement, the Defense Ministry slammed the YPG/PKK terror group for the "treacherous" attack.