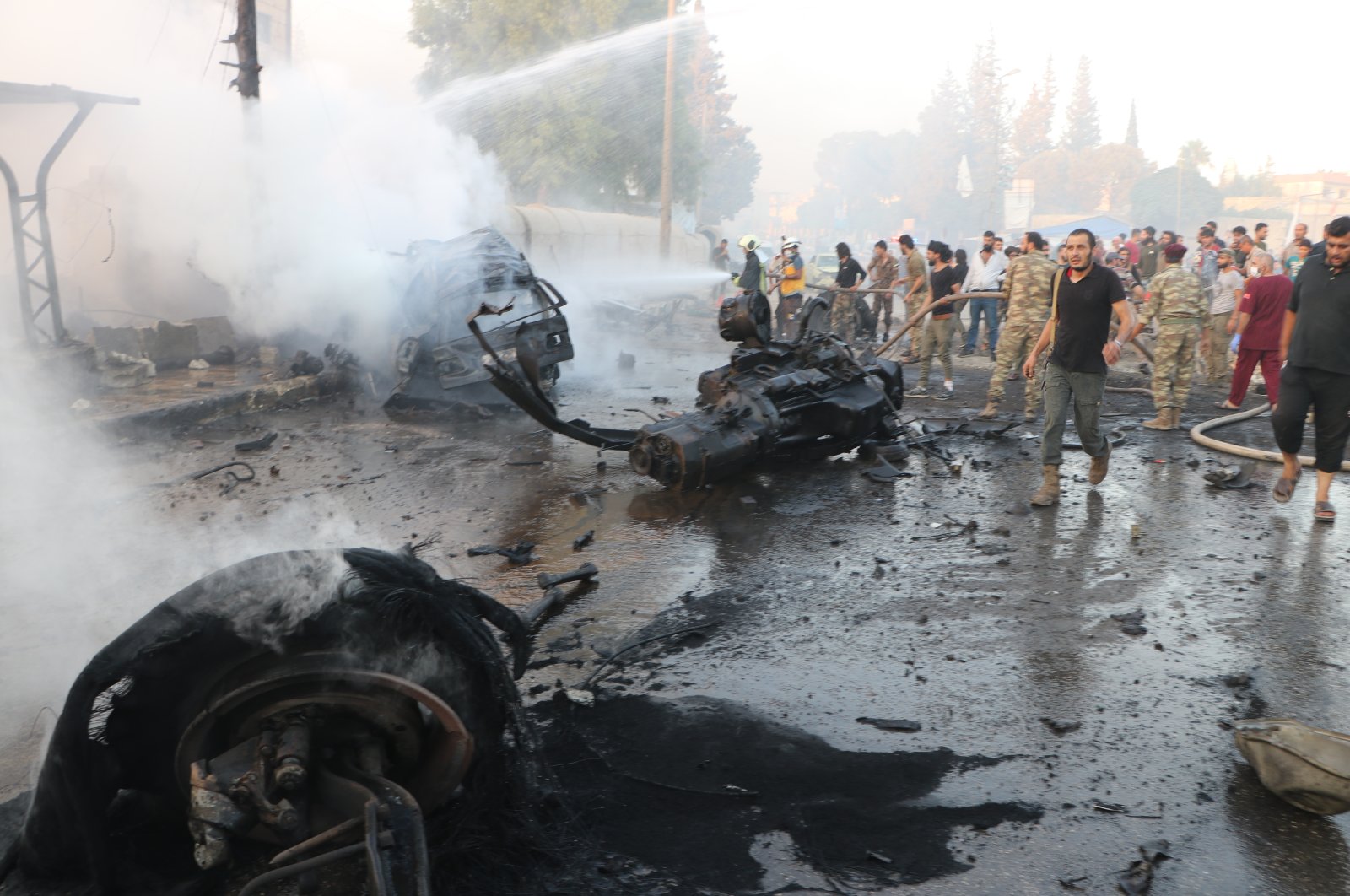 At least nine people were killed and 43 injured in a vehicle bombing in northwestern Syria on Monday, according to the governor's office of Turkey's southern Hatay province.

An explosives-laden pickup truck exploded in the center of the opposition-held city of Afrin, in an attack carried out by the YPG/PKK terrorist group, the Turkish Defense Ministry said in a statement.

The wounded were taken to nearby hospitals, while civil defense teams put out fires sparked by the explosion.

An investigation into the attack and efforts to identify the people involved continue, a statement by the Hatay Governor's Office said.

Afrin was largely cleared of YPG/PKK terrorists by Turkey in 2018 through its anti-terror offensive, Operation Olive Branch.

YPG/PKK terrorists continue to carry out attacks but do not claim responsibility as they end up harming civilians, according to local security sources.

In its more than 30-year terror campaign against Turkey, the PKK – listed as a terrorist organization by Turkey, the U.S. and the European Union – has been responsible for the deaths of nearly 40,000 people, including women, children and infants. The YPG is the PKK's Syrian branch.

Since 2016, Turkey has launched a trio of successful anti-terror operations across its border in northern Syria to prevent the formation of a terror corridor and to enable the peaceful settlement of residents: Euphrates Shield in 2016, Olive Branch in 2018, and Peace Spring in 2019.