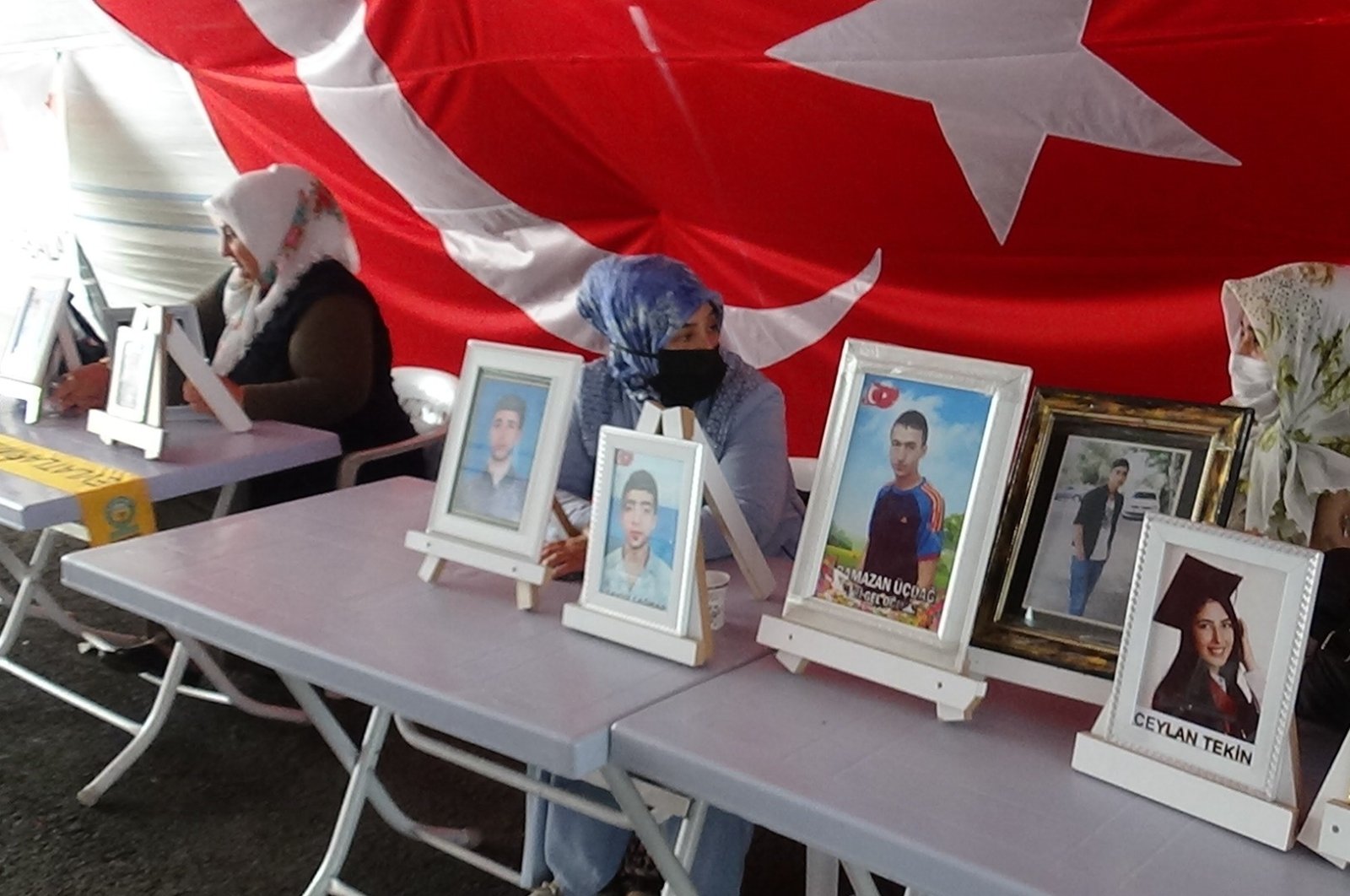 The terrorists joined the PKK in 2014 and 2015, and were last active in Iraq and Syria, the ministry said in a statement.

They escaped from the terror group following persuasion efforts by Turkish gendarmerie and police teams and surrendered to security forces after entering Turkey, it added.

The number of terrorists who have laid down arms through persuasion efforts this year now stands at 126.

For more than 700 days, the group of families has been protesting to reunite with their children in southeastern Turkey.

Hatice Ay is one of the mothers protesting for the return of her son, Muhammed Canbey, who was deceived and taken to the mountains by the PKK seven years ago.

"I became diabetic and started suffering from high blood pressure due to the longing I am feeling for my son," she said.

"I want my son from the Peoples' Democratic Party (HDP). Who will take my son without the HDP? They took my son and gave him to the PKK," she claimed.

The grieving mother vowed to continue protesting and searching for her son until the day she dies, urging him to surrender to Turkish authorities.

"Enough is enough, I can't stand it anymore," Ay cried.

Şevket Bingöl is another protesting father who vowed not to leave the sit-in site until he reunites with his son.

"The HDP took the children of these families. What have you done to the Kurds other than persecuting and hurting them?" he asked.

"I won't go until my son returns. I definitely won't leave here. The HDP should know this. I want my son back from them," Bingol said.