Another family in Diyarbakır protests reunites with child 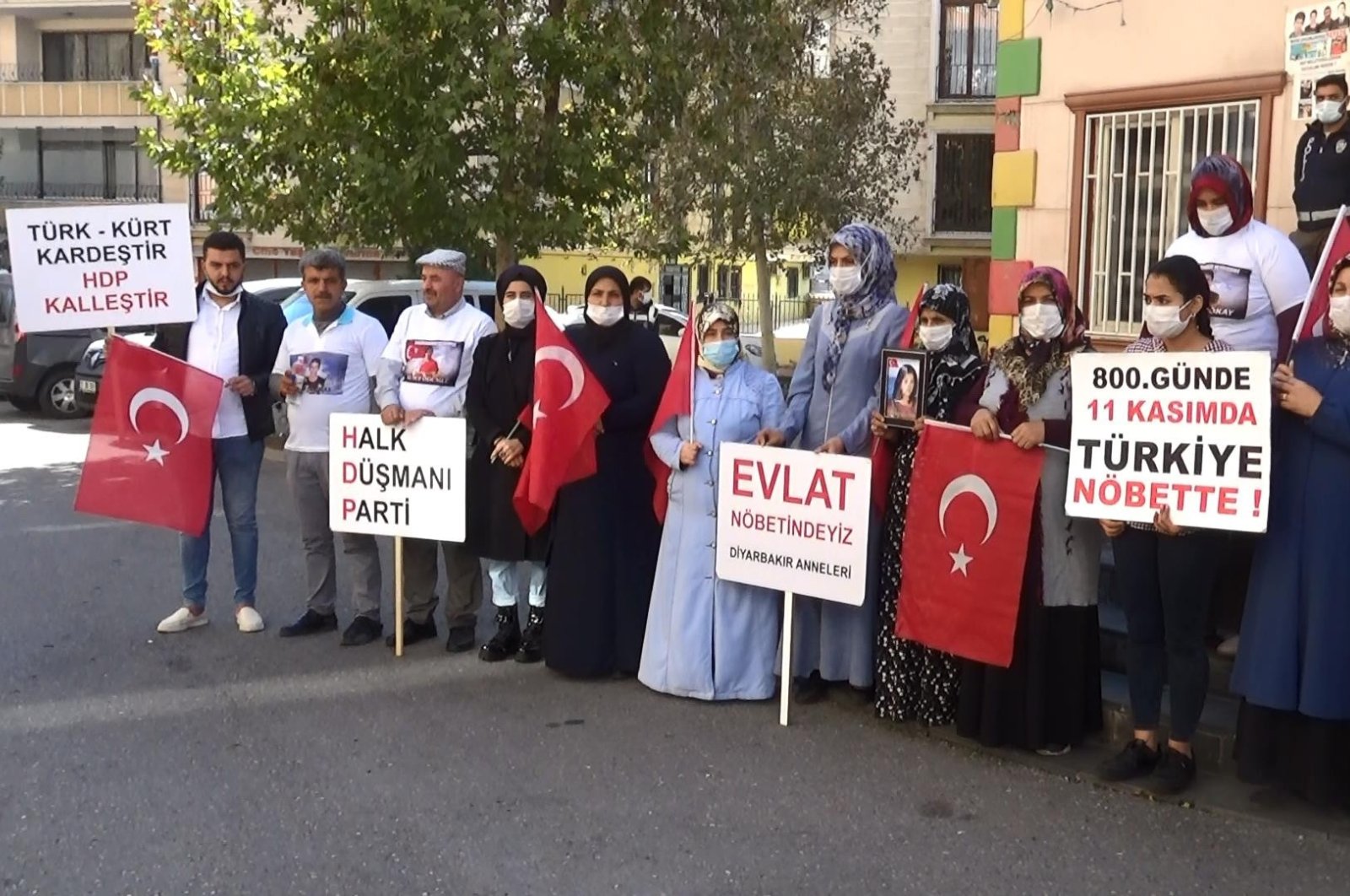 Another family that has been part of the ongoing protests against the PKK terrorist group’s activities in front of the People's Democratic Party (HDP) headquarters in southeastern Diyarbakır reunited with their child Thursday.

"One of Diyarbakır (sit-in protest) mothers, mother Özlem, is uniting with her child today. Hopefully, this will continue, mothers' courage and determination will bring down all terrorist organizations," Interior Minister Süleyman Soylu wrote on Twitter, noting that it was the 33rd reunification.

The ministry later announced that two PKK affiliates fled the terrorist group and surrendered to Turkish authorities. One is a child belonging to a family protesting in Diyarbakır, it said.

The surrendered terrorists joined the PKK in 2013 and were active in Iraq and Syria, it added.