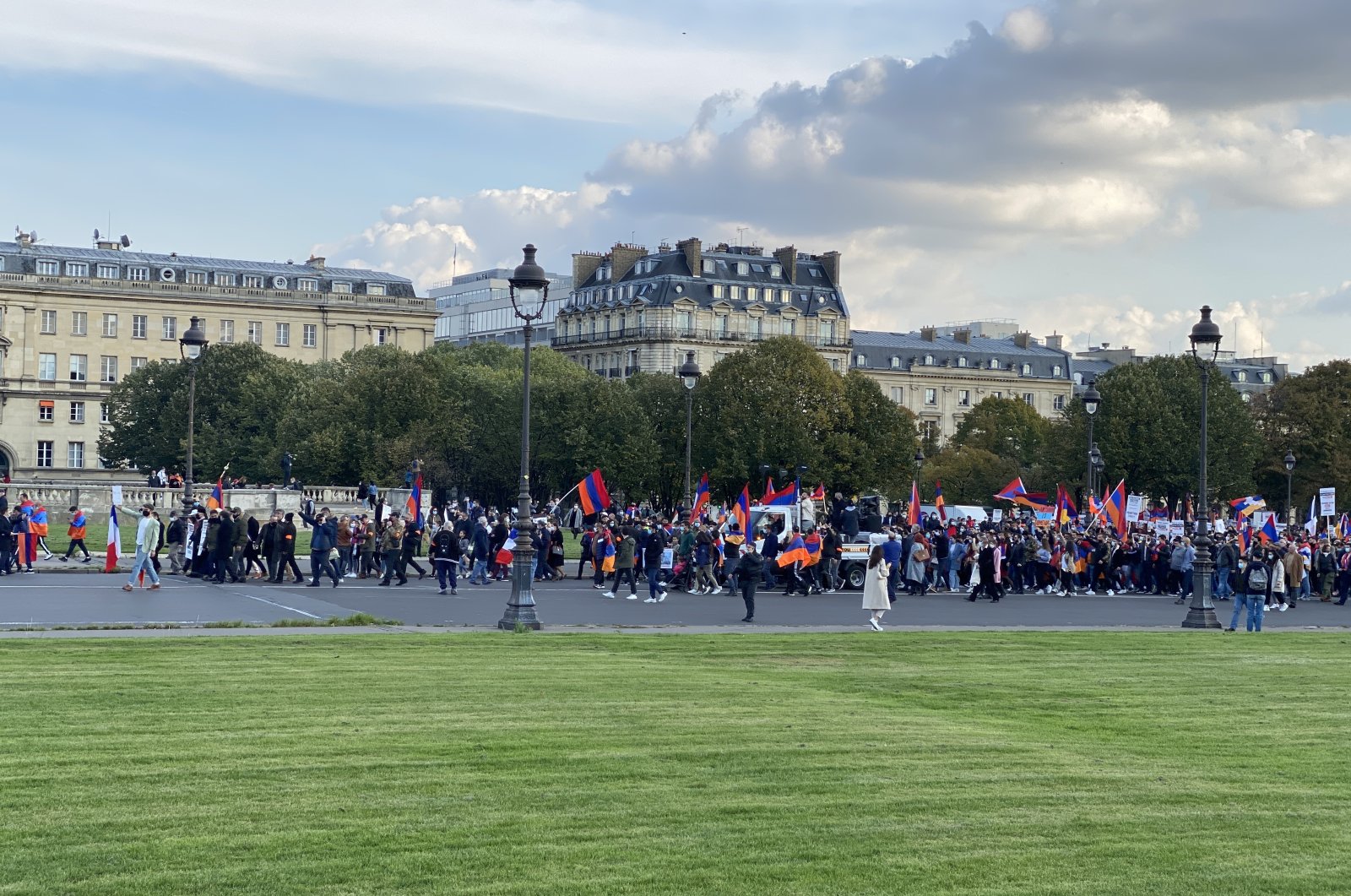 Armenians and PKK terrorists hold a demonstration against Azerbaijan and Turkey in the French capital Paris, Oct. 18, 2020. (AA Photo)
by Anadolu Agency
Oct 19, 2020 9:53 am

Armenians held a demonstration in the French capital Sunday against Azerbaijan's operation to liberate its Armenian-occupied territories.

Members of the PKK terrorist organization also took part in the Paris protest, which was organized by the Coordination Council of Armenian Organizations of France (CCAF).

The demonstrators gathered in Invalides Square to protest against Azerbaijan exercising its right of self-defense against Armenian attacks.

They claimed that Armenians are the most civilized nation in the region and that it is the greatest protector of feminism, democracy and civilization.

Relations between the two former Soviet republics of Armenia and Azerbaijan have been tense since the early 1990s when the Armenian military occupied Nagorno Karabakh, an internationally recognized territory of Azerbaijan.

Fresh clashes erupted on Sept. 27 and Armenia has since continued its attacks on civilians and Azerbaijani forces, even violating humanitarian cease-fire agreements.

On Oct. 10, Baku and Yerevan agreed to a cease-fire, starting midday, to allow a prisoner exchange and the retrieval of bodies in Upper Karabakh.

But before 24 hours had passed, the Armenian army carried out a missile attack on Azerbaijan's second-largest city of Ganja, killing 10 people and injuring 35 others.

The PKK, on the other hand, is listed as a terrorist organization by Turkey, the U.S. and the European Union. In its more than 30-year terror campaign against Turkey, the PKK has been responsible for the deaths of nearly 40,000 people, including women and children.