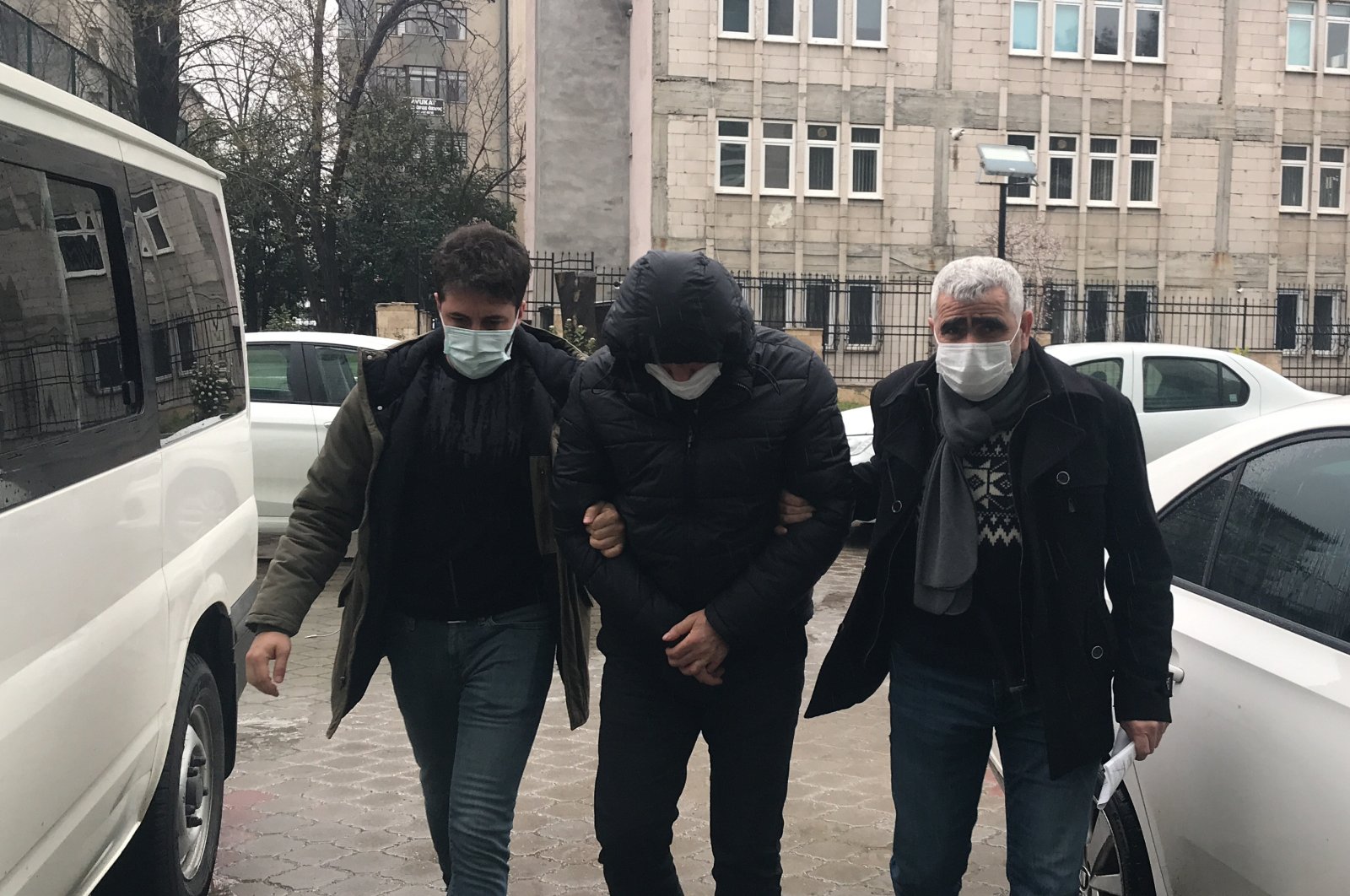 A captured Gülenist Terror Group (FETÖ) fugitive, who was recently brought from Uzbekistan to Turkey, revealed the terrorist group's partnership with the PKK in his testimony.

Gürbüz Sevilay and Tamer Avcı, who had arrest warrants issued against them, were brought to Turkey from Uzbekistan last week in an operation carried out by the National Intelligence Organization (MIT). Demanding to benefit from the active remorse law, Sevilay began confessing upon his return to the country and revealed details of the two terrorist groups' cooperation against Turkey.

Before going to Uzbekistan, Sevilay had a meeting with the head of the terrorist group, Fetullah Gülen. After moving to Uzbekistan, he not only trained children of the country's high-level bureaucrats and recruited them to FETÖ but he also had brought about 500 students from Turkey who failed their university exams.

In addition, Sevilay revealed that he established multiple companies in support of FETÖ.

Sevilay, who joined FETÖ back in the 1990s, came back to Turkey at one point and established a company active in the defense sector. In this period, his company is believed to have employed the terrorist group's "covert imams," who were dismissed from their public offices by a decree-law. He was connected to the PKK in 2017 via these personnel working for him. "Covert imam" is a term used for FETÖ's secret handlers for its infiltrators. Soon after, however, two of his partners wanted by security forces for being members of FETÖ fled to Greece.

Sevilay continued to co-administrate his company with a man known by the initials M.S., who was also previously charged with "funding terrorism." According to Sevilay's testimony, reported by the Turkish public broadcaster TRT Haber, he initially contacted PKK-linked people through M.S.'s contacts.

At the end of 2019, he went to Syria's Rojava through someone with the initials N.Ö. During this visit, he made a weapons deal with the PKK. During the agreement, Sevilay made contacts in Ukraine and signed a protocol with a company there to provide weapons and equipment to the PKK and its Syrian wing, the YPG.

In his testimony, Sevilay revealed that during this meeting, PKK heads with the initials H.A. and M.Ö. acknowledged that because there is a war, they wanted to slow down the urbanization process in the regions under their control in Syria. The two high-level terrorists also reportedly claimed that they were stronger than the Syrian regime, both in terms of manpower and money, and that they were expecting international recognition for their governance to start infrastructure work in the region.

Sevilay also arranged a meeting in northern Iraq between the YPG/PKK and the heads of the company in Ukraine. During the talk, a large-scale weapons deal that included the purchase of missile systems was discussed and a $200,000 advance was given to the company.

The FETÖ fugitive expressed that in these meetings, the terrorists demanded missiles, radar systems, anti-drone weapons and thermal military uniforms in the hopes of defeating Turkey's drone attacks.

Sevilay also said that he was brought to a region near the Turkish border in Syria, where H.A. showed him their oil resources, which was purportedly sold to the U.S. He added that the protection of that area from drone attacks is a huge priority for the PKK.

FETÖ – led by Gülen, who currently lives in the U.S. and is implicated in a long list of accusations against the terrorist group – orchestrated the coup attempt in Turkey four years ago with the aid of its military infiltrators. They are accused of killing 251 people and injuring nearly 2,200 others during the July 15 putsch bid. It was the latest in a string of coup attempts and other efforts by FETÖ to harm the elected government.

FETÖ maintains a vast network of schools and other educational facilities throughout the world, with the U.S. being the terrorist group's primary focus. These facilities, often presented as Turkish or international schools, primarily recruit FETÖ members and sympathizers as teachers and administrators. FETÖ schools are often accused of money laundering and financing the group's shadowy activities through the institutions' profits and deals with FETÖ-affiliated businesses and vendors.

Ankara's relentless efforts in taking over Turkish-branded institutions from FETÖ since 2014 has found some success, but the terrorists' networks in Europe and the U.S. remain untouched.