Diyarbakır mothers long for their children over bayram 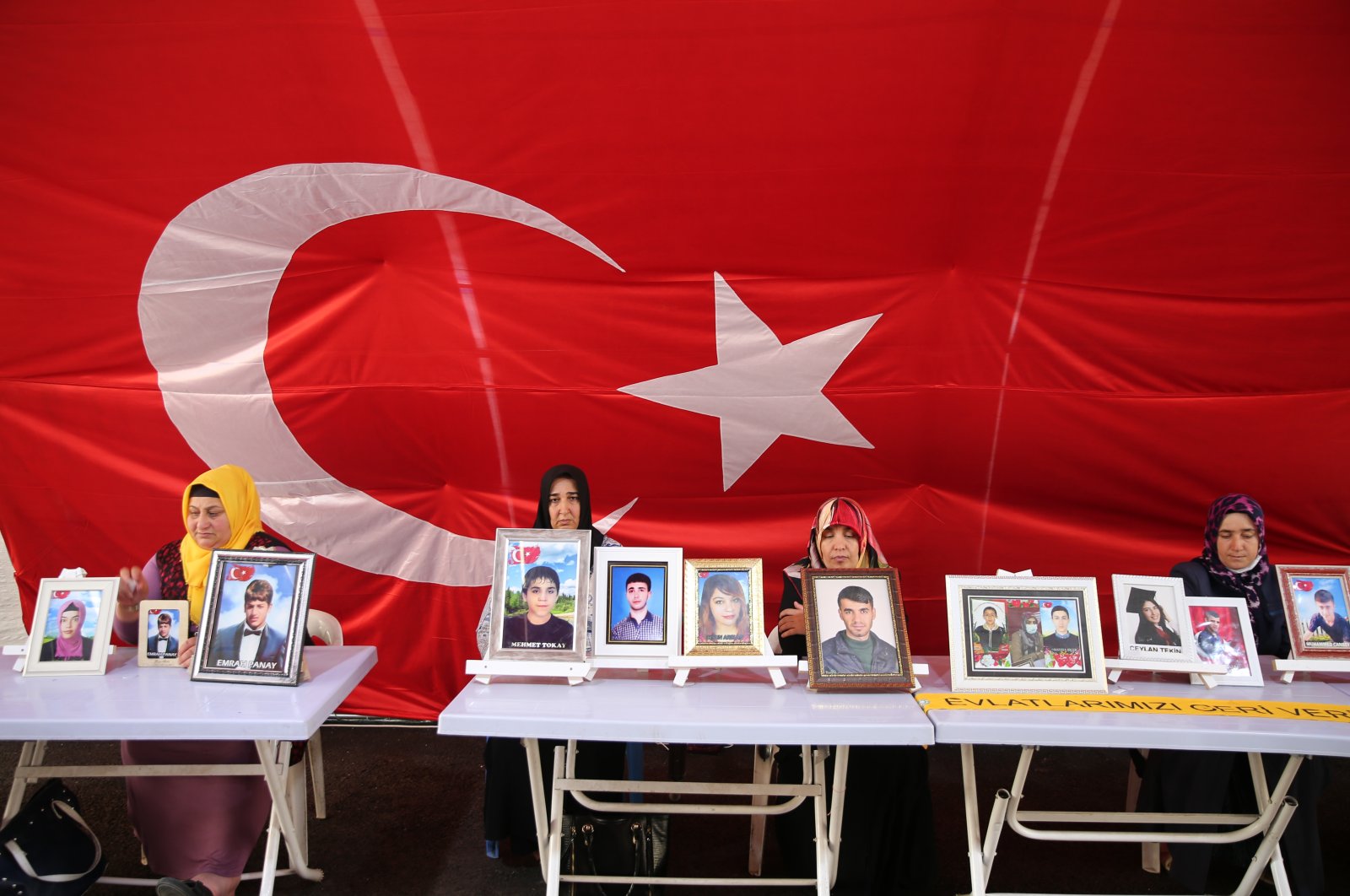 Families whose children were abducted by the PKK stage a sit-in protest against the terror group in southeastern Diyarbakır province, Turkey, July 23, 2021. (AA Photo)
by Anadolu Agency Jul 23, 2021 4:32 pm
RECOMMENDED

Families in southeastern Turkey's Diyarbakır province whose children were abducted by the PKK terror group are longing to spend the Muslim holiday of Qurban Bayram, also known as Eid al-Adha, together.

They have been protesting for 687 straight days since Sept. 3, 2019, encouraging their children to give up their weapons and surrender to Turkish authorities.

Protests outside the office of the opposition pro-PKK Peoples' Democratic Party (HDP) in Diyarbakır started with three mothers who said their children were forcibly recruited by terrorists.

The Turkish government accuses the HDP of having links to the PKK terrorist organization.

Nihal Çiftçi said her son, Emircan, was kidnapped by the terror group 10 years ago at the age of 14 when the family was celebrating the bayram together for the last time. The holidays have never been the same ever since.

The holiday commemorates the willingness of the Prophet Ibrahim, or Abraham, to sacrifice his son at God's command before the last-minute divine substitute of a ram.

"My son was kidnapped by HDP. Do they have the right to out us through this struggle? I want my son from HDP. I will not leave this place unless I take my son back," she said. "I suffer more each and every holiday. If my son returns, I'll be reborn."

Güzide Demir also said she joined the protest in southeastern Diyarbakir province for her son, who she longs to spend the holidays with.

"My son," she said in a direct appeal to her son, "come before I die and I shall see you again. I haven't seen my son for 12 holidays. I'm longing to see his face."

"If my son had come on this holiday, the world would have been mine. I would be so happy," she added.