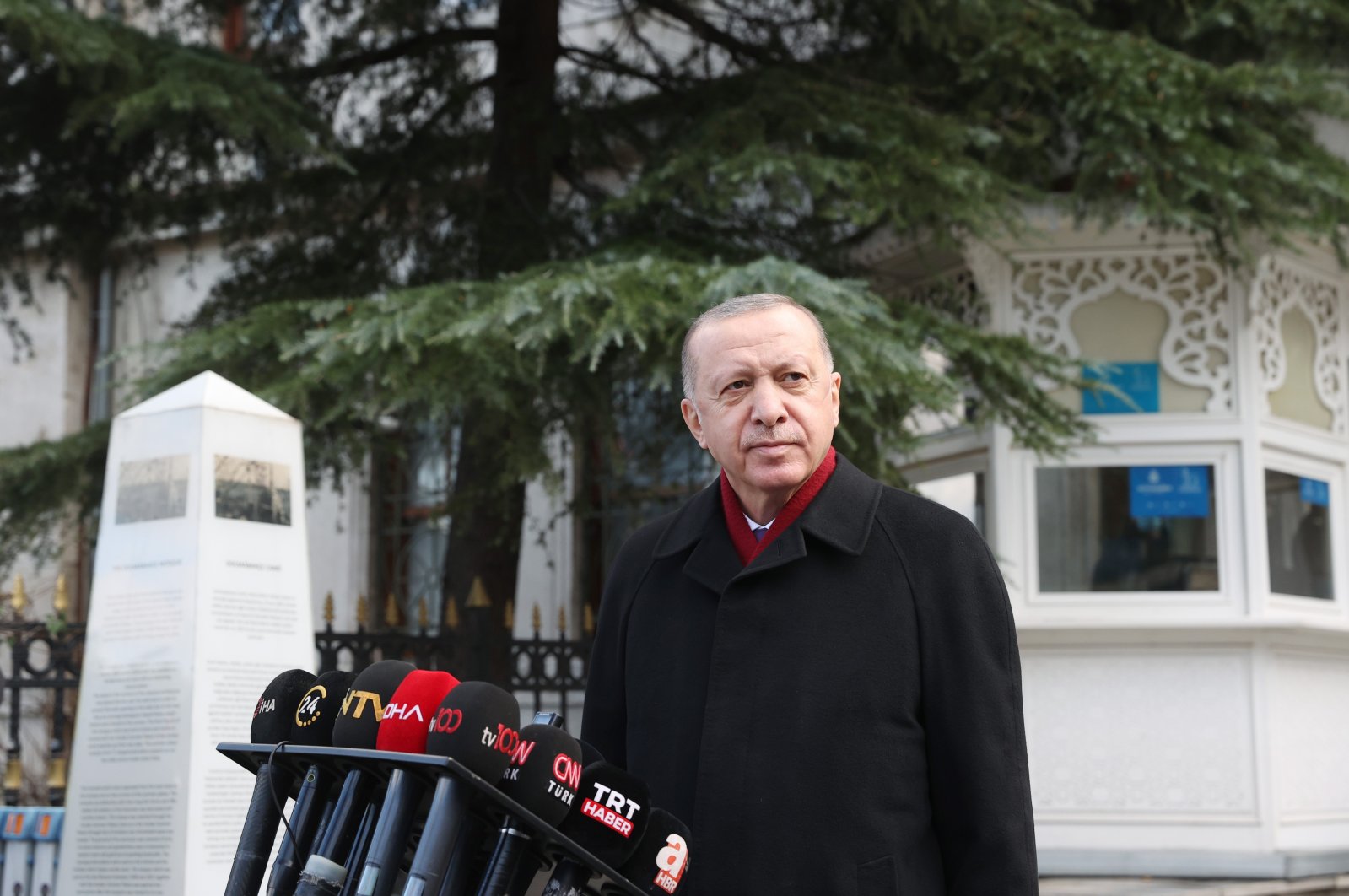 In response to a question about a potential joint operation in Sinjar, Erdoğan said it was possible but refused to confirm if such an operation would take place in the near future.

"Turkey is always ready to carry out joint operations against the PKK with Iraq but we cannot openly announce the date for such operations," the president told reporters following Friday prayers in Istanbul's historic Üsküdar district on the Asian side.

"We may come there overnight, all of a sudden," Erdoğan added, using a famous phrase he said before Turkey carried out cross-border operations in northern Syria.

The PKK terrorist group managed to establish a foothold in Sinjar in mid-2014 on the pretext that it was protecting the local Yazidi community from Daesh. Since then, the PKK has reportedly established a new base in the area for its logistical and command-and-control activities in addition to its main headquarters in the Qandil mountains of northern Iraq.

Turkish Defense Minister Hulusi Akar visited Iraq earlier this week to hold a series of meetings with top Iraqi officials and said Turkey was ready to provide assistance to the Baghdad and Irbil administrations to rid the region of the PKK's presence.

The Turkish Armed Forces (TSK) regularly conducts cross-border operations in northern Iraq, a region where PKK terrorists have hideouts and bases from which to carry out attacks in Turkey. The Kurdistan Regional Government (KRG) in northern Iraq had previously called the PKK’s presence in Sinjar unacceptable and urged the terrorists to leave the area.

'Early polls not on agenda'

Erdoğan also dismissed the possibility of holding early elections once again, as he reiterated once again that such claims are nothing but speculation.

"Early polls are absolutely out of question. The People’s Alliance anticipates holding elections as scheduled in June 2023," Erdoğan said.

Although an opposition party, the Nationalist Movement Party (MHP) cooperates with the ruling AK Party in parliamentary votes and elections under their People's Alliance, formed ahead of the June 2018 general elections.

"The presidential and 28th term parliamentary elections will be held in June 2023, as planned. Nobody should hope in vain," a statement by Bahçeli said.

In a later address broadcast during the virtual opening ceremony of the Organisation for Economic Co-operation and Development's (OECD) Istanbul Center, Erdoğan said Turkey will be able to make more contributions to the organization's work throughout the world.