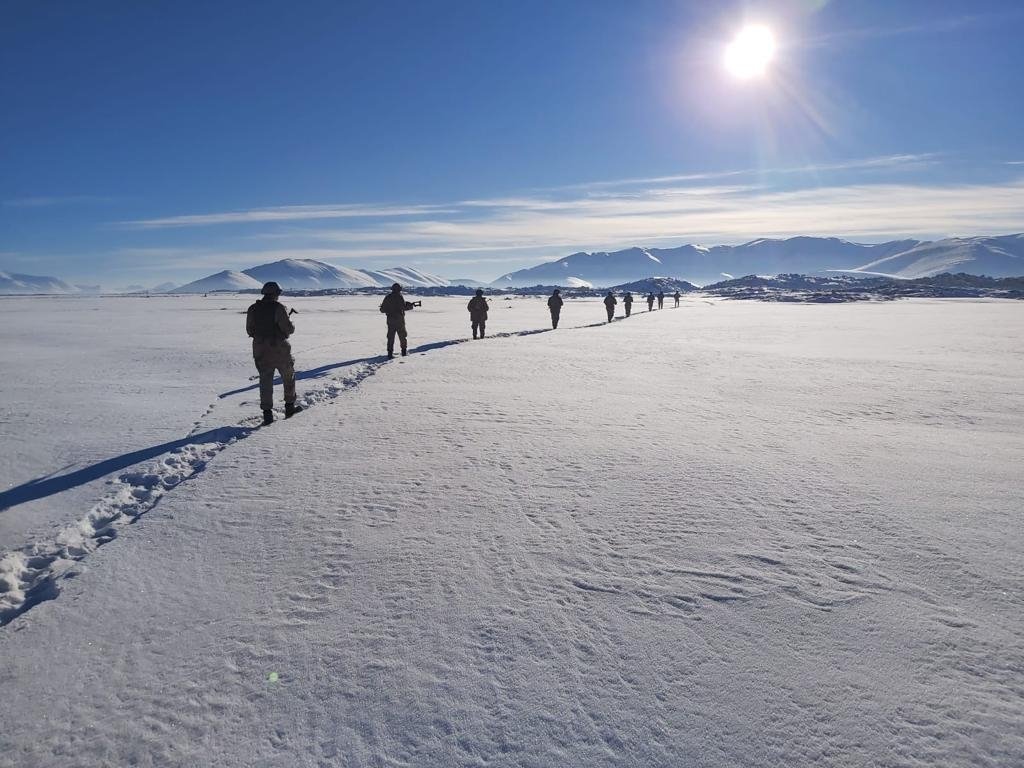 Twenty terrorists have been eliminated and 339 caves, shelters and depots have been destroyed in 14 different domestic counterterrorism operations as part of Eren-Winter operations.

According to the information provided by the Interior Ministry, 14 separate Eren-Winter operations continue successfully despite the harsh winter conditions.

Some of the so-called high-ranking terrorists who were on the list of wanted terrorists were among those neutralized. In addition, 10 people who were determined to be in cooperation with the PKK were caught during the operations.

During the operations, 339 caves, shelters and depots used by the PKK were destroyed. A total of 86 weapons, including anti-aircraft, rocket launchers, mortars, long-barreled weapons, sniper rifles and flamethrowers, 160 grenades, 51 handmade explosives, 260 detonators, 1.65 tons of explosives, 28 binoculars, 22 radios, 20,754 ammunition and a large number of life materials were seized.

This year, Turkey initiated Operation Eren, named after Eren Bülbül, a 15-year-old boy killed by the terrorist group on Aug. 11, 2017. Eren-Winter Operations are being carried out to completely eradicate terrorism in the country.

In its more than 40-year terrorism campaign against Turkey, the PKK – listed as a terrorist organization by Turkey, the U.S. and the European Union – has been responsible for the deaths of 40,000 people, including women, children and infants.