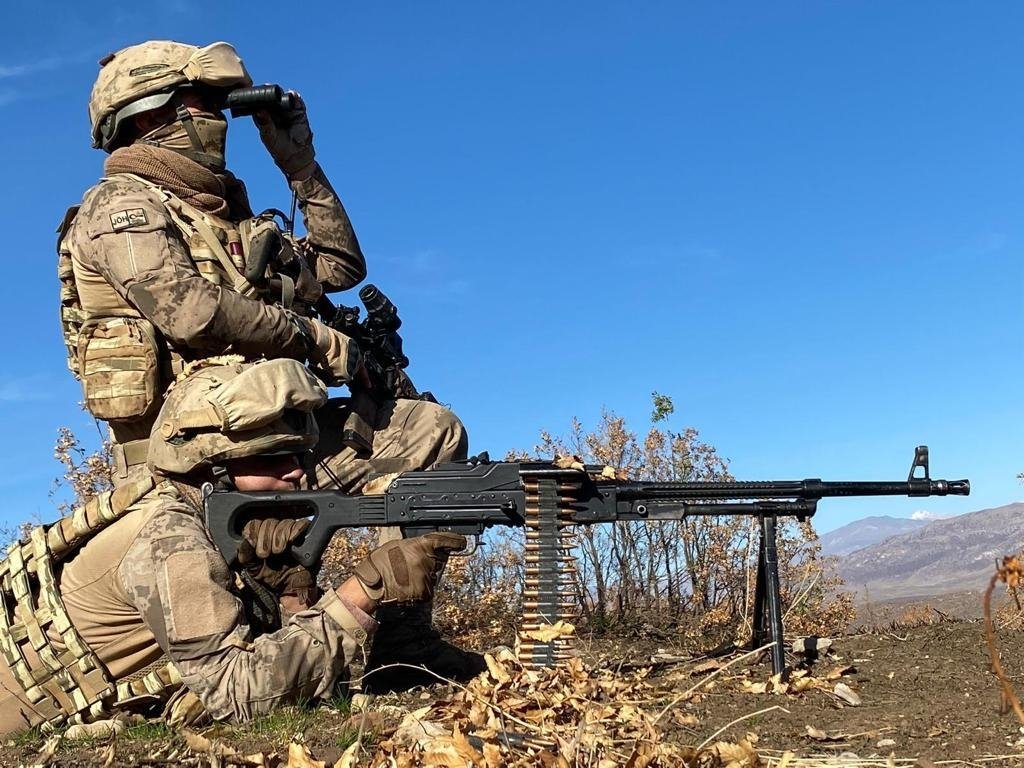 Turkish security forces take part in Operation Eren Winter-1 (Bestler-Dereler) in Şırnak, Turkey, in this undated photo released by the Interior Ministry. (Handout via AA)
by DAILY SABAH Nov 09, 2021 10:02 am

In northern Iraq, Turkey launched operations Claw-Tiger and Claw-Eagle last June to ensure the safety of the Turkish people and borders by eliminating the threat of the PKK and other terrorist groups.