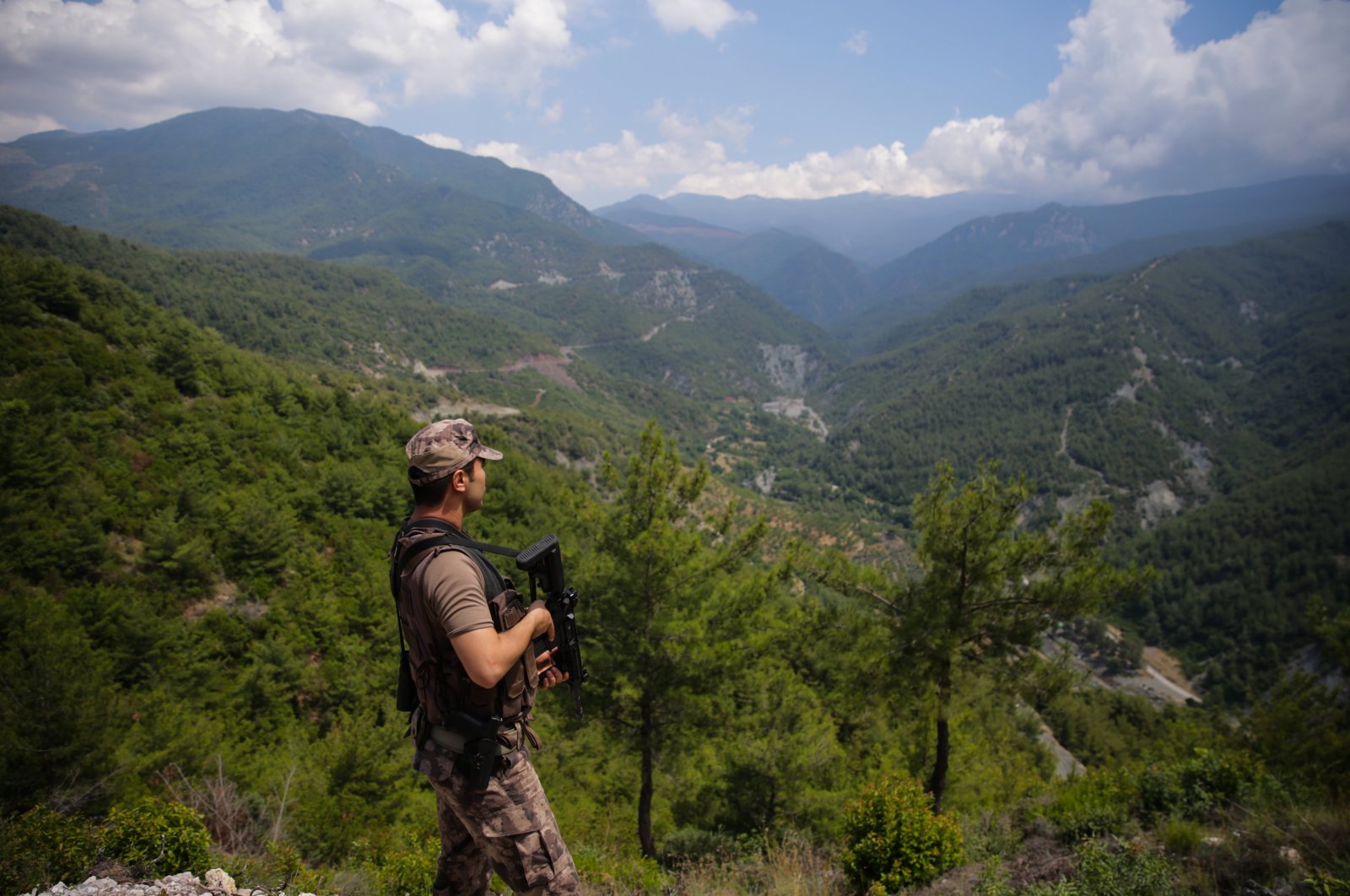 Turkish prosecutors have drawn up a lawsuit against Yoldaş Selim Çelik, a PKK terrorist and the son of a former pro-PKK Peoples’ Democratic Party (HDP) fugitive lawmaker from Muş, Demir Çelik.

Selim Çelik was recently captured by the Turkish security forces when he landed on the Amanos Mountains on a paramotor, after fighting for the YPG/PKK in Manbij, Syria. Upon capture, he confessed his involvement with the terrorist groups in Syria.

The terrorist, who was on the gray category of the Interior Ministry’s Most Wanted list, had weapons and ammunition on him at the time of his capture, Anadolu Agency (AA) reported.

Çelik is expected to stand trial and faces up to 27 years in prison for terrorist activities.

He told authorities that his friend, codenamed Şervan, convinced him to join the PKK while attending the Middle East Technical University in Ankara in 2013.

“I received a 10-day political training at the headquarters of the Peace and Democracy Party (BDP), the predecessor of the HDP, in Diyarbakır,” Çelik said, adding that he received combat training in Lice and assassination and weapons training at the terrorist group’s camp in Gara, northern Iraq.

He noted that his father, who previously served as an HDP lawmaker, visited him at the camp due to his favorable relations with the PKK terrorists.

Çelik then received bomb and explosives training at the PKK headquarters in northern Iraq's Qandil Mountains.

The terrorist also received powered paragliding training in northern Syria for 10 days and noted that he took off with a fellow terrorist Zinar from Manbij on Oct. 9.

The HDP has been criticized for its support for the PKK terrorists, including transferring taxpayer money and funds to the PKK, a globally recognized terrorist group. HDP mayors and local officials have been found to misuse funds in support of the terrorist group and provide jobs to PKK sympathizers.

The party, long-facing public criticism and judicial probes over its ties to the PKK, is under pressure due to the growing civilian protest movement launched by mothers and local families.

The HDP is known for encouraging young people to join the terrorist organization. Children and youth abducted by the PKK are first radicalized by the HDP. The would-be recruits are then used as an instrument for propaganda and are forced to work.

Specialists define four stages of radicalization, the first of which is brainwashing, thereby encouraging the young to join the terrorist organization. This is followed by the armament, violation and finally, leaving to join the organization in the mountains.

The PKK has been involved in a 40-year terrorism campaign against Turkey. The terrorist group is responsible for the deaths of some 40,000 people, including women and children.