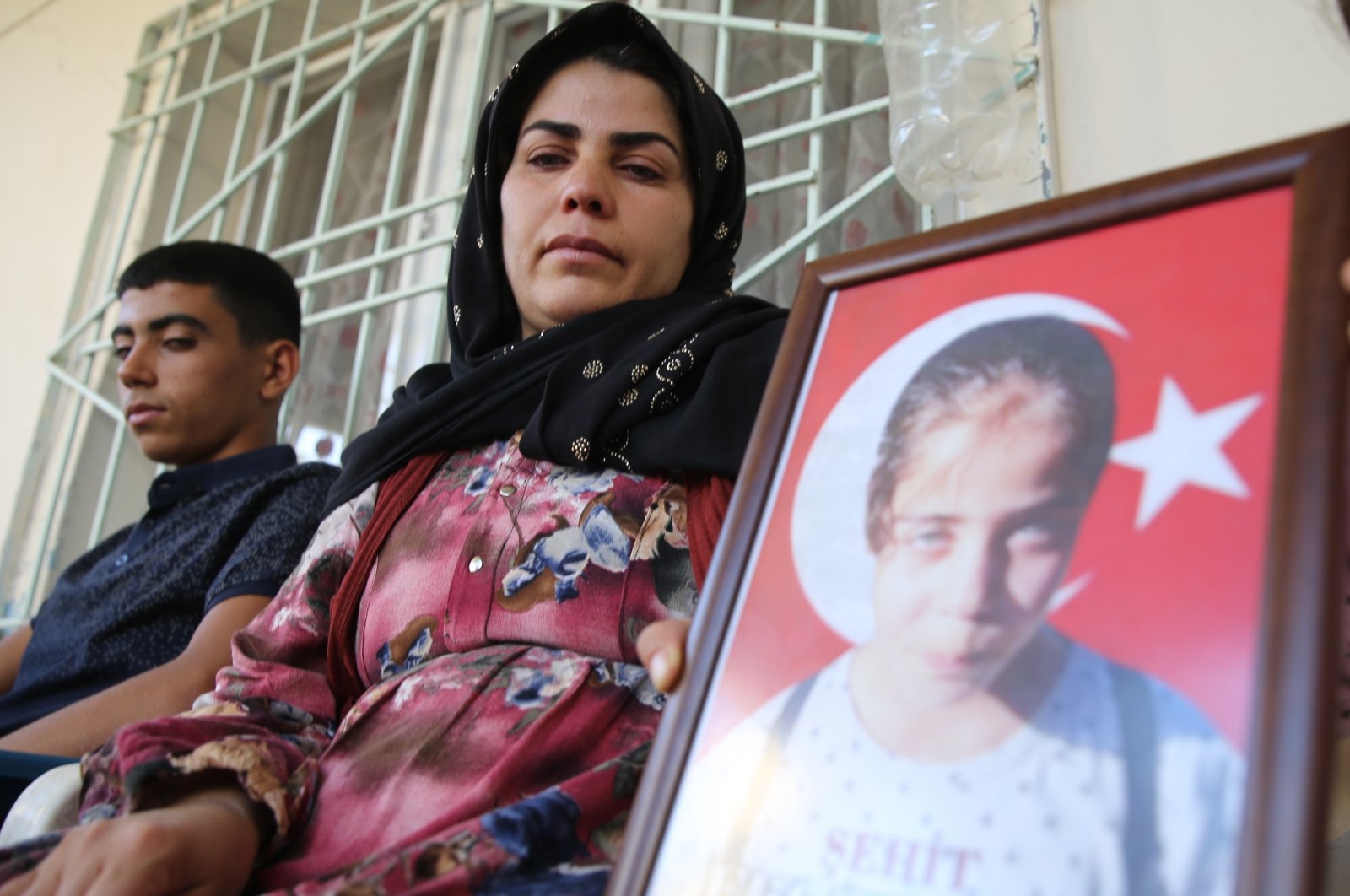 Families of two children killed in a brutal attack by the PKK's Syrian offshoot, the YPG, condemned the terrorists, as they continue to grieve for their loss.

Both only 11 years old, Elif Terim and Mazlum Güneş, were just two of the victims killed by the terrorist group's many strikes on civilian areas during Turkey's cross-border counterterrorism operation, Operation Peace Spring, in northern Syria.

Ankara had launched the successful counterterrorism operation on Oct. 9 in 2019 to prevent the formation of a terror corridor and enable the peaceful settlement of Syrians who had made their way to Turkey after the outbreak of the Syrian conflict.

The Terim family, who lost their daughter in mortar fire that targeted their home's courtyard, still live in the same place that is filled with their daughter's memories in the Ceylanpınar district of the southeastern Şanlıurfa province.

The grieving father said their sorrow was eased somewhat after a local park was named after their daughter, adding that they hoped that the school Elif went to would also be renamed in her memory.

"When the terrorist organization (YPG/PKK) was present right across the border, we had no peace. The children were afraid to go to school, gunshots used to ring," he recounted, adding that, after Turkey's Operation Peace Spring, "the children's fear ended. They go to school feeling comfortable and safe, they play in the park, they play outside in safety."

Little Elif was killed in a mortar attack by the YPG/PKK, which killed two others, including a 9-month-old baby and injured 46 civilians in 2019.

Mazlum's family also still grieve for their lost son, who was killed while out to buy bread for his family.

Adorning the walls of their home with his pictures, the Güneş family are in constant mourning of their son.

His mother, Zekiye Güneş, said: "His friends are now grown up. They're going to other schools. I can't forget my son, may Allah bestow patience to everyone and us."

Mazlum's father Ibrahim Güneş said they were in deep sorrow and agony after the loss of their little child, but added that authorities were always by their side through the pain. He added that their only wish is the destruction of the YPG/PKK terrorist group.

"My pain is still as fresh as the first day, may Allah not show it to anyone," he said, adding that he burst into tears when visiting the park and library of Mazlum's school, which was named after his son.

The operation, conducted in line with the country's right to self-defense borne out of international law and United Nations Security Council resolutions, aimed to establish a terror-free safe zone for Syrians return in the area east of the Euphrates River controlled by the U.S.-backed Syrian Democratic Forces (SDF), which is dominated by YPG terrorists.

The PKK – listed as a terrorist organization by Turkey, the U.S. and the European Union – has waged a terror campaign against Turkey for more than 40 years, resulting in the deaths of nearly 40,000 people, including women, children and infants.