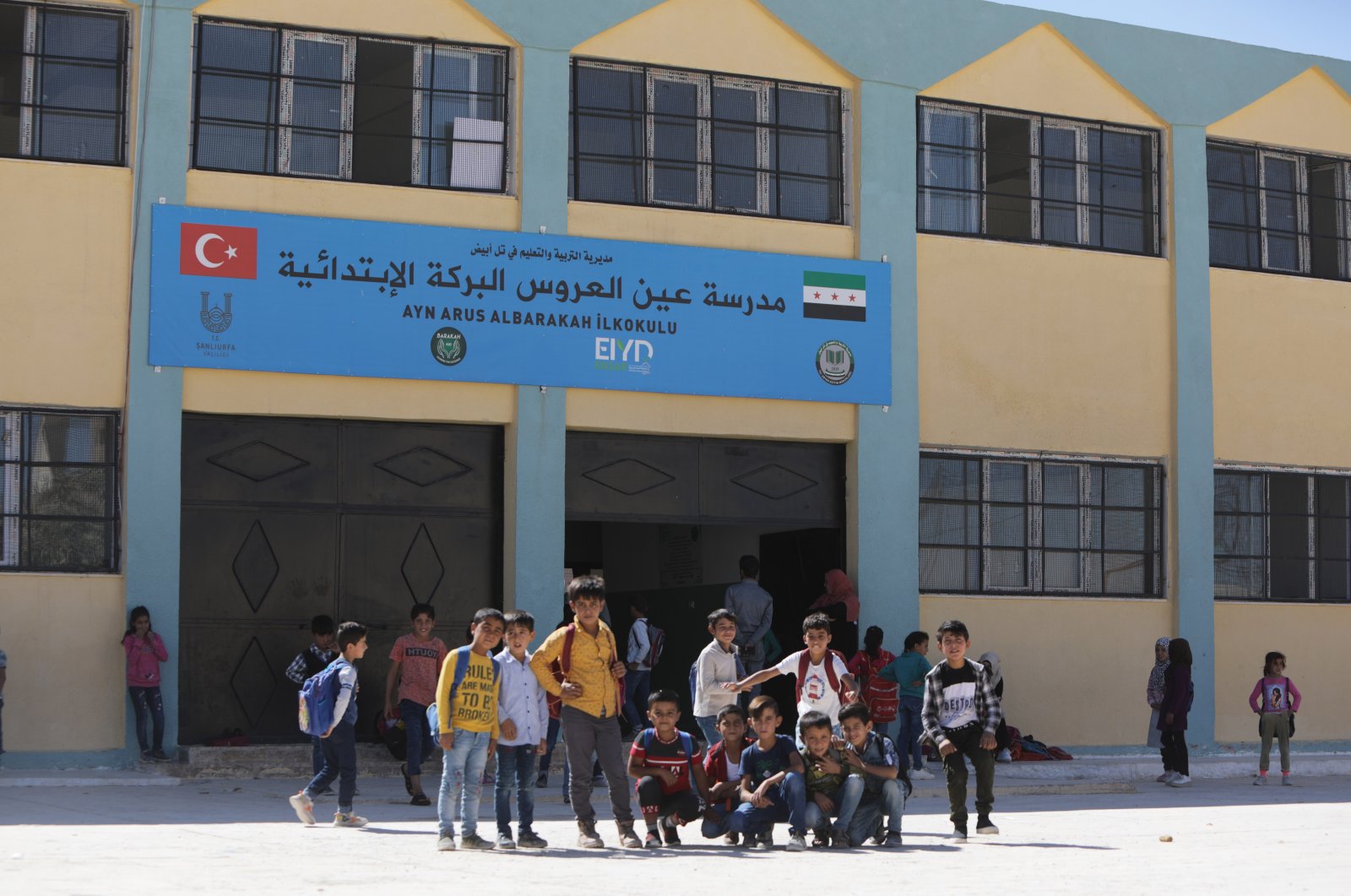 It has been two years since Turkey launched Operation Peace Spring in northern Syria to secure its border and normalize life for civilians.

In an effort to restore normal life in the region, Turkish security forces have cleared 600 settlements of terrorists belonging to the PKK’s Syrian wing, the YPG, as well as Daesh.

The operation, conducted in line with the country's right to self-defense supported by international law and United Nations Security Council resolutions, aimed to establish a terrorism-free safe zone for the return of Syrians in the area east of the Euphrates River that was formerly controlled by United States-backed YPG terrorists.

Turkey and the U.S. held talks on the operation on Oct. 17 in the capital Ankara and agreed that Ankara would pause the operation for 120 hours in order for YPG terrorists to withdraw from the region. During this time, a large number of the terrorists were transported to Hassakeh province. The terrorists, however, continue to attack the safe zone.

Turkey also held talks with Russia in the Black Sea resort of Sochi on Oct. 22 and took decisions on the region east of the Euphrates. Moscow agreed that YPG elements as well as their weapons must withdraw to a distance of 30 kilometers (18.6 miles) from Turkey’s border. This process was to be completed within 150 hours, but the terrorists continue to have a presence in the region.

Since the launch of the operation, Turkey has been supporting every aspect of life in the region, from health to education, security to agriculture. In this respect, efforts to clear bombs and improvised explosive devices were launched and administrative responsibilities were given to local councils.

As a result of these efforts, the population in the area reached 250,000 while local councils were established to serve the people.

The country also rolled up its sleeves to reconstruct hospitals, schools, mosques and roads destroyed by the YPG/PKK. Free health services were provided for civilians with Turkey operating in the region within the scope of its health ministry.

Civilians are treated in 22 health facilities, which include clinics, physiotherapy, a blood center, a maternity and children's hospital as well as dialysis centers.

In the past two years, 6,151 surgeries were conducted in the hospitals while 881 babies were born.

Within the scope of ameliorating the region's social infrastructure, people were provided with food and clothing by several nongovernmental organizations (NGOs), while roads and buildings were rebuilt.

Education in Syria is another issue that has received significant attention from Turkey. After clearing the region of terrorists, Turkey immediately started restoring education facilities. With the support of Turkey’s Education Ministry, the schools were furnished to meet the needs of the students. A total of 440 schools in which 46,133 students are currently studying were prepared for education. The schools are teaching a syllabus determined by the Syrian interim government.

Furthermore, a brick production factory was opened in Tal Abyad in response to a shortage of bricks while providing employment for locals.

Electricity, which had been cut by the YPG, was also restored in cooperation with the Russian army. The electricity cuts had been negatively affecting agriculture in the region.

The Turkish Red Crescent (Kızılay) has enabled the entrance of 1,290 humanitarian aid trucks into the region since the operation began, while 16,000 children were provided with stationery, office material and bags. Moreover, around 500,000 pieces of clothing were distributed, as well as 4,869 hygiene kits.

The Humanitarian Relief Foundation (IHH) also has been influential in the region. It distributed food for civilians during Ramadan in both Tal Abyad and Ras al-Ain for more than 100,000 people.

The IHH has also been giving monetary help to 720 orphans and helped regarding stationery material.