Father continues 'march of hope' for daughter abducted by PKK 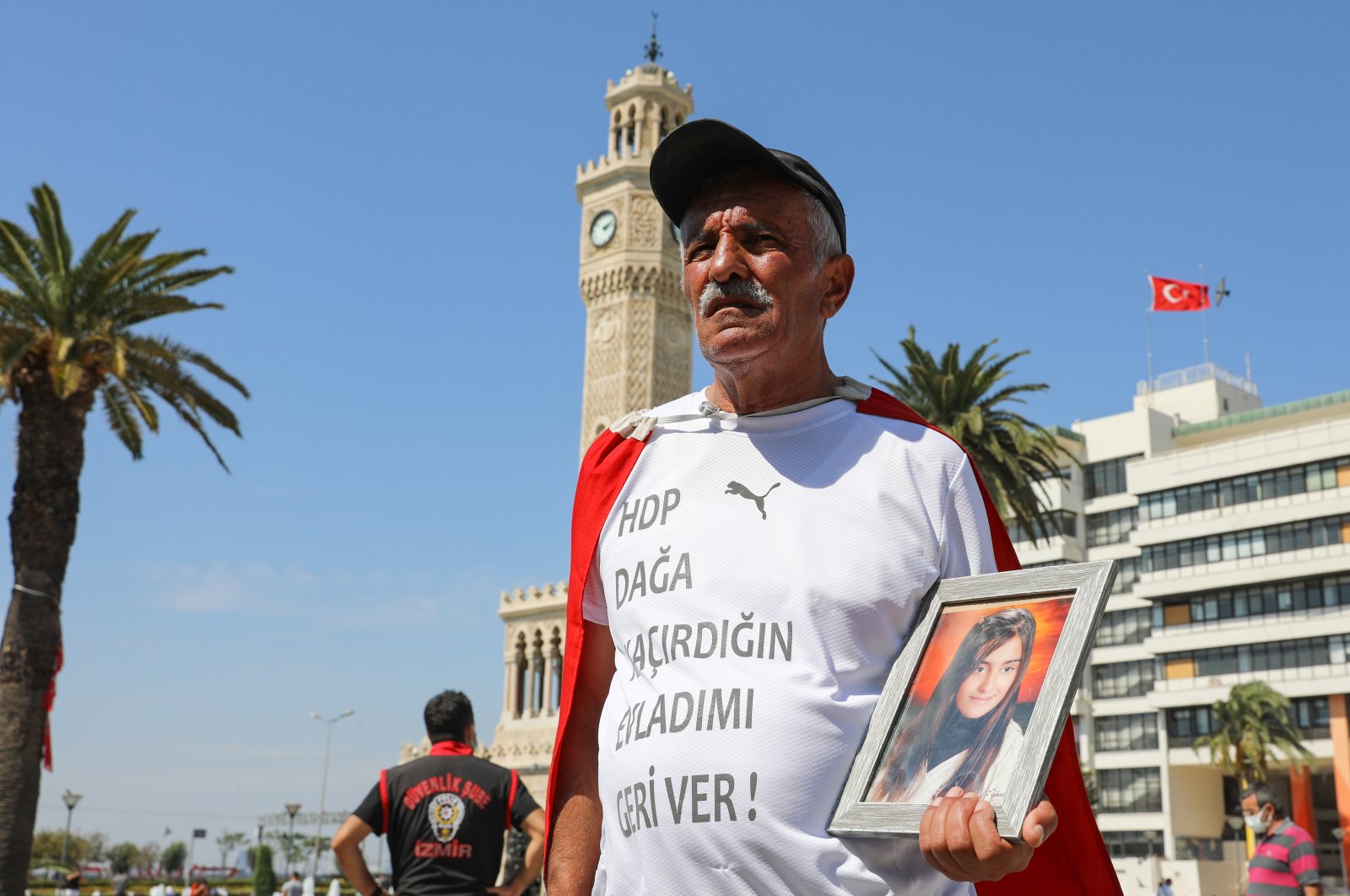 A father who started a march of hope for his daughter who was abducted by the PKK terrorist organization reached the halfway point on Tuesday on his long walk to the Turkish capital Ankara.

Mehmet Laçin set off from the western province of Izmir and reached Afyonkarahisar on the second day of the symbolic journey.

Speaking to reporters, Laçin said: "As long as we continue the struggle, we will meet our children through the power of the state, with God's permission."

Laçin's daughter was taken from the family in 2008.

The walk is not the father's first attempt at getting his daughter back. He explained that he had travelled to the southeastern province of Diyarbakır when he found out about the families protesting to get their children back outside the pro-PKK Peoples' Democratic Party (HDP) provincial office. Laçin stayed at the Diyarbakır protest for seven months before he was forced to return to Izmir due to the coronavirus outbreak, though he later returned to Diyarbakır.

The protest started when Hacire Akar turned up on the doorstep of the HDP’s Diyarbakır office one night. Akar’s son Mehmet subsequently returned home on Aug. 24, 2019, giving hope to other families. A week later, on Sept. 3, 2019, families inspired by Akar and her results began a collective sit-in protest.

Families have maintained their protest under difficult conditions and were at times threatened by HDP officials and individuals with links to the PKK terrorist organization. They continued their protest even during the pandemic while taking the necessary precautions.

A significant number of suspected terrorists have started fleeing the PKK and surrendering, while many others lack the courage to leave the group out of fear of severe punishment if caught. The dissolution of the PKK has accelerated thanks to Turkey's successful counterterrorism operations and strategies both at home and abroad. In recent years, Turkey has seen record numbers of PKK terrorists giving themselves up in the face of determined domestic and cross-border counterterrorism operations.

Carrying a photo of his daughter and a Turkish flag, Laçin continues his journey wearing a T-shirt with the inscription: "Give back my child that you kidnapped on the mountain, (give her) back, HDP."