Another family reunites with child after protesting PKK in Diyarbakır 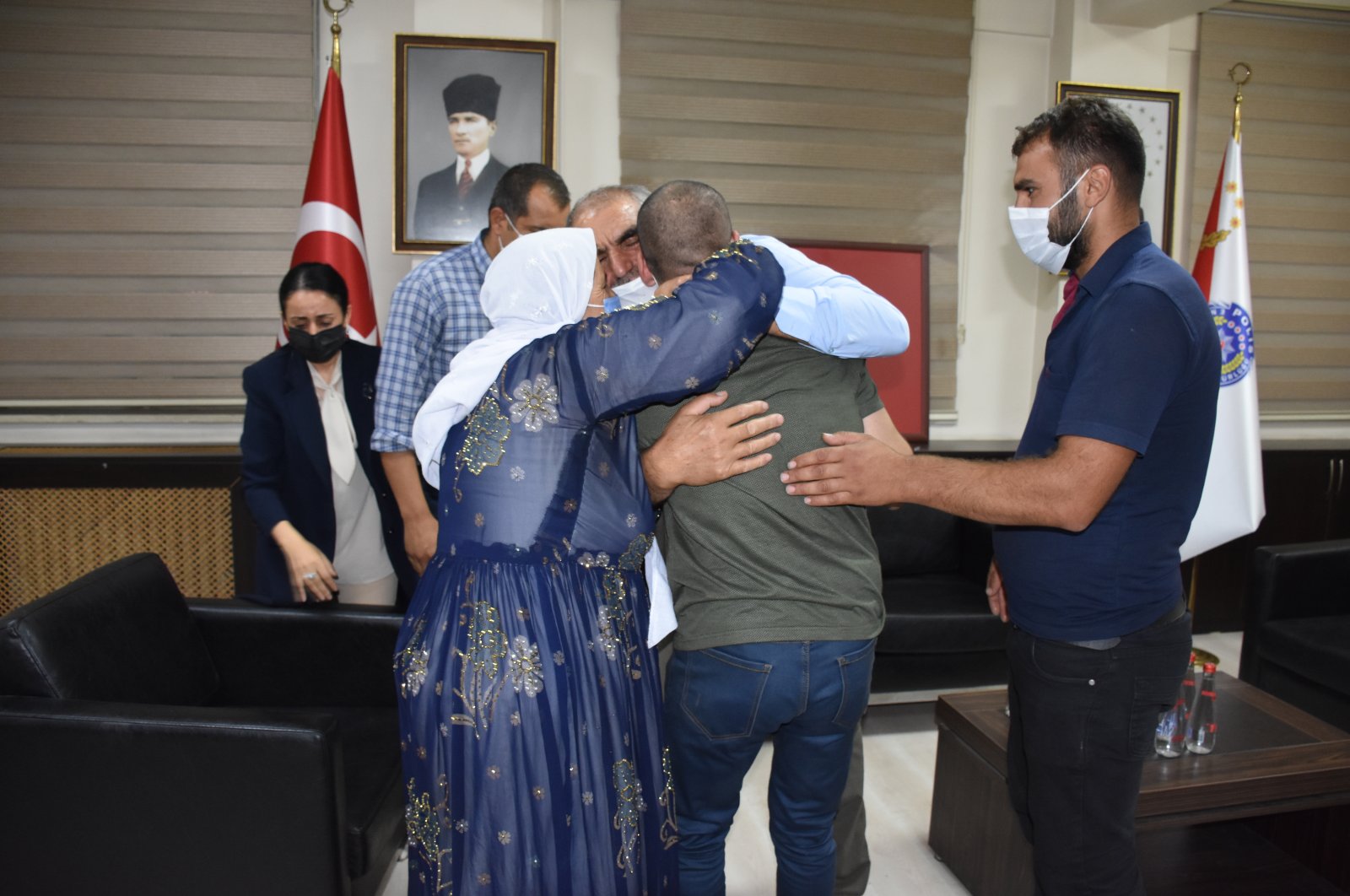 One more family protesting in front of the pro-PKK Peoples’ Democratic Party (HDP) headquarters in southeastern Turkey’s Diyarbakır province has reunited with their child Saturday.

Son of the Üstek family, which had been protesting the PKK in Diyarbakır since February 2020 and who later joined a similar protest in front of the HDP’s Şırnak building, surrendered to security forces as a result of persuasion efforts in the province.

Mother Emine Üstek and father Ömer Üstek rushed to the provincial police directorate after receiving the good news and embraced their son Metin after being separated for six years.

The mother thanked everyone that contributed to their reunion.

With this latest development, the number of families reunited with their children after protesting the terrorist group reached 32.

With morale boosted by recent reunions, families continue to protest in southeastern Turkey for the return of their children abducted by the PKK terrorist group.

The protest started when Hacire Akar turned up on the doorstep of the HDP’s Diyarbakır office one night. Akar’s son Mehmet subsequently returned home on Aug. 24, 2019, giving hope to other families. A week later, on Sept. 3, 2019, families inspired by Akar transformed her solo posture into a collective sit-in protest.

Families have continued their protest under difficult conditions. They were sometimes threatened by HDP officials and even by people linked with the PKK terrorist organization. They have also not given up during the coronavirus pandemic, continuing sit-in protests while taking the necessary precautions.

A significant number of suspected terrorists have started fleeing the PKK and surrendering, while many terrorists lack the courage to leave the group because they would face severe punishment if caught. The dissolution of the PKK has accelerated due to Turkey's successful counterterrorism operations and strategies both at home and abroad. In recent years, Turkey has seen record numbers of PKK terrorists giving themselves up in the face of determined domestic and cross-border counterterrorism operations.

Separately, four members of the PKK terrorist group surrendered to Turkish security forces Saturday, according to the Interior Ministry.

In a statement, the ministry said the terrorists were convinced to surrender by the gendarmerie and police forces.

One of the terrorists took part in the group in 2013-2015 and was active in nearby Syria and Iraq, the statement said.

It said the number of terrorists that have been persuaded to surrender has risen to 136.

The terrorists were killed in a joint operation conducted by the National Intelligence Organization (MIT) and Turkish Armed Forces (TSK) Friday, sources told Anadolu Agency (AA), requesting anonymity as they are not allowed to speak to the media.