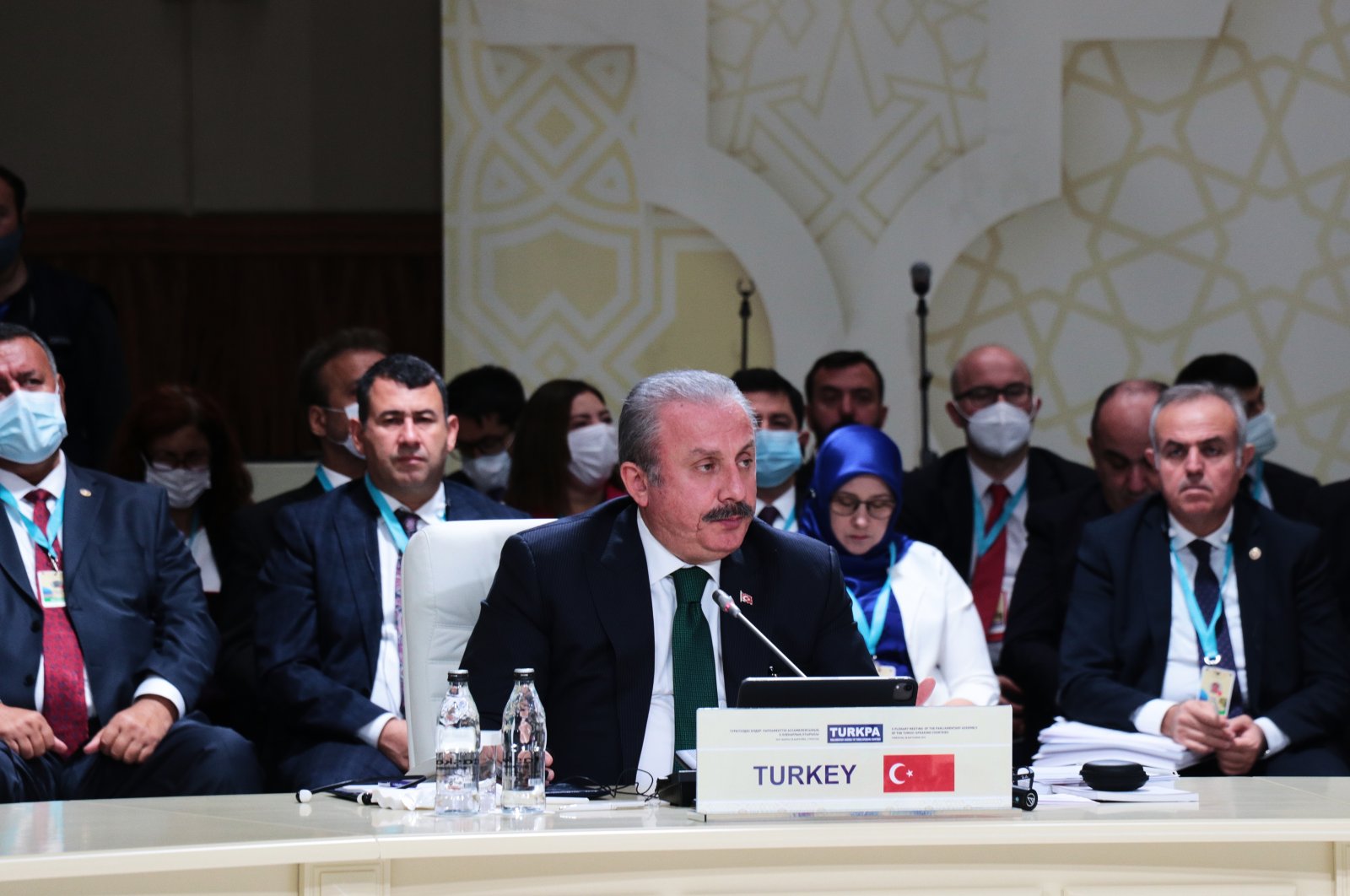 Turkish Parliament Speaker Mustafa Şentop warned that the Gülenist Terror Group (FETÖ) poses a national security threat to countries that it operates in.

Speaking at the 10th Parliamentary Assembly of Turkic-speaking Countries (TURKPA) meeting in Kazakhstan’s city of Turkistan, Şentop said FETÖ aims to infiltrate and take over the countries it operates in and poses a threat to their national security.

"I would like to reiterate that this treacherous group poses a national security threat for all countries, including brotherly nations where it operates," Şentop said.

Referring to the night of the July 15, 2016 coup attempt, Şentop said Turkey was able to successfully thwart the putschists, who even targeted the country’s parliament building in the capital Ankara.

FETÖ and its U.S.-based leader, Fetullah Gülen, orchestrated a defeated coup on July 15, 2016, which left 251 people dead and 2,734 injured. FETÖ was also behind a long-running campaign to overthrow the state through the infiltration of Turkish institutions, particularly the military, police and judiciary.

It has a considerable presence abroad, including running a number of private schools that serve as a revenue stream for the terrorist group.