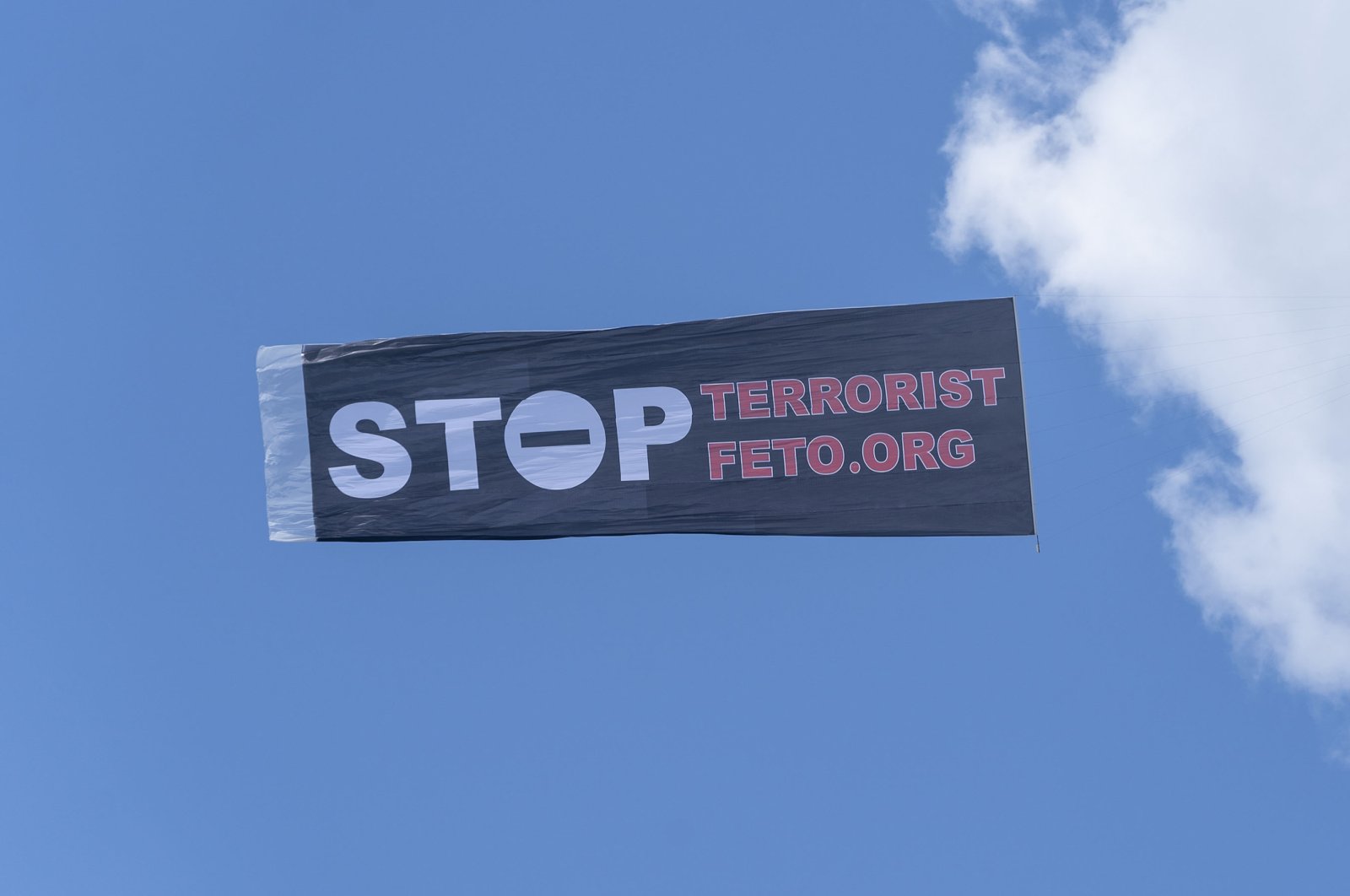 The Turkish community in New York City lifts banner against the Gülenist Terror Group (FETÖ) on July 15, 2020, the anniversary of the failed coup in Turkey. (Getty Images)
by DAILY SABAH Jan 24, 2021 1:41 pm
RECOMMENDED

The Gülenist Terror Group (FETÖ) is more powerful than the phenomenal Illuminati, German Süddeutsche Zeitung newspaper wrote on Friday in an article, stressing that the group has gained a foothold in Germany’s southwestern Swabia region.

Its members present themselves as Turkish oppositionists and democrats, but they block inquiries,” the article said.

Süddeutsche Zeitung said that around 400 FETÖ fugitives coming from Swabia gathered at the Karlsplatz, a large square in central Munich, for a protest that is a first though the group exists for decades.

The article drew attention to the dark network of the terror group and its presence in southern Germany as well as how it infiltrated hundreds of thousands of its followers into main Turkish institutions.

FETÖ, which posed as a charity movement with religious undertones for decades, had managed to infiltrate its members into law enforcement, the military, the judiciary and the bureaucracy over many years. Most of the moles were recruited before they applied to the military, police or law schools, and FETÖ is accused of stealing questions and answers to exams for admission to those institutions, easily planting its members without suspicion. Authorities started cracking down on the group's network after the 2016 coup attempt that killed 251 people.

Despite Turkey's extradition requests and bilateral legal agreements as well as its warnings that the terror group could endanger the countries where it operates and not just Turkey, many FETÖ members still enjoy their lives in different countries around the world.

Christian Rumpf, attorney and expert on Turkish law, was quoted by Süddeutsche Zeitung as saying: "Gülen's supporters achieved the structure of a huge community with strong cohesion and loyal clusters in all areas of society – an almost secret alliance with greater power than the legendary Illuminati."

It said that according to figures from the Federal Office for Migration and Refugees, 32,000 Turkish citizens applied for asylum in Germany between 2016 and 2020 while “in Bavaria, there were 3,500, including countless Gülen supporters.”

“Lack of transparency is a hallmark of the movement,” it added, saying that the group has also been active in Augsburg, a city in Swabia, for 30 years, mostly undetected.

Matthias Garte, the city's former integration officer, told Süddeutsche Zeitung that there has always been a shadow over Frohsinn. "We suspected that there was a network behind it.”