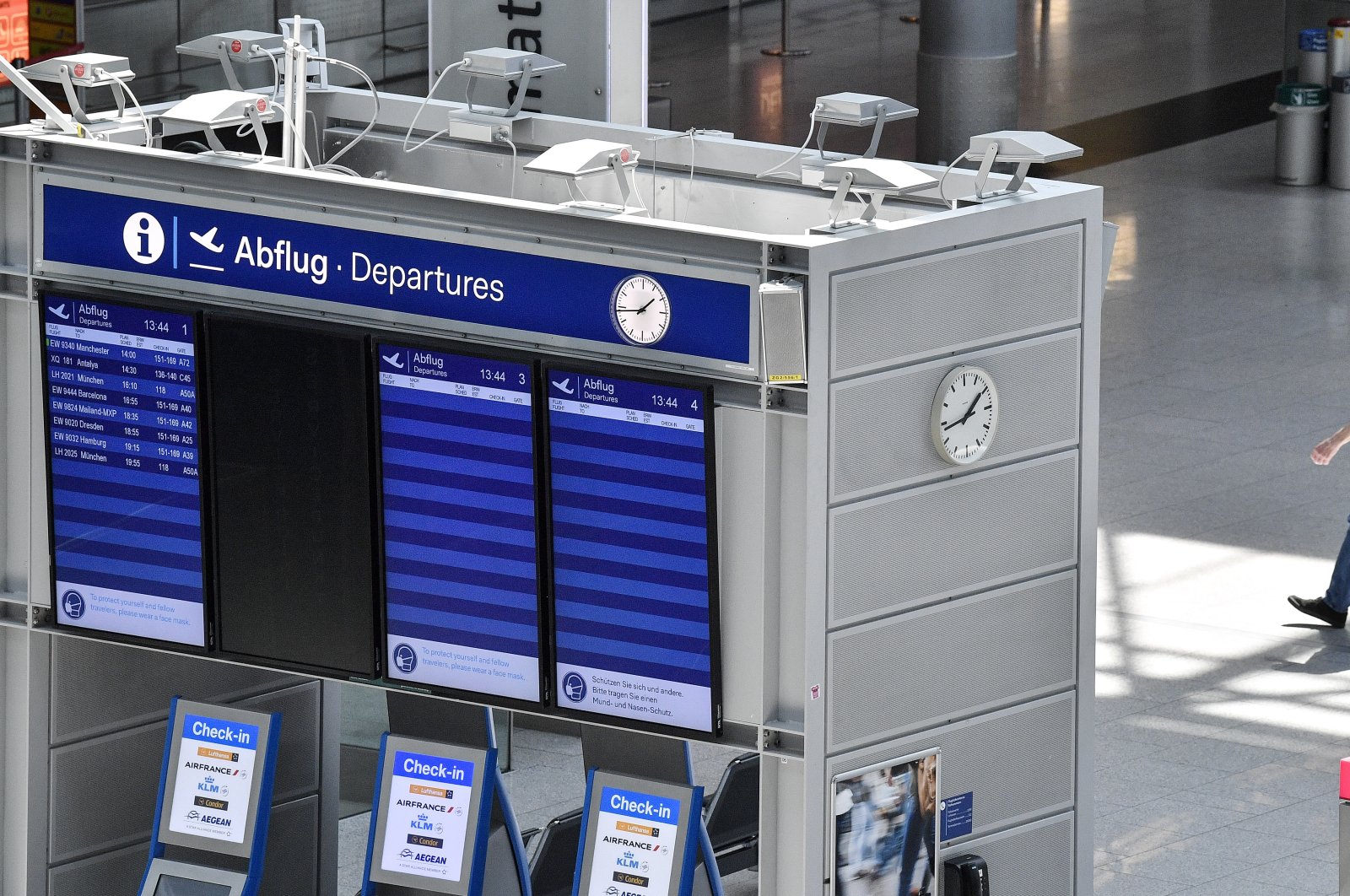 German authorities prevented a group planning to visit the Iraqi city of Irbil to display solidarity with PKK terrorists in order to avert a potential dispute with NATO ally Turkey, a report said.

According to the report by Die Welt, pro-PKK Kurdish associations in Germany launched a “human shield” campaign for the PKK terrorists and were planning to send groups of people to Iraq in June.

The report noted that German state interests would significantly be affected in case of anti-Turkey activities or passive support for the PKK terrorists, as Turkey strongly opposes support for the terrorist group.

The incident took place at the Duesseldorf Airport on Saturday.

Police noted that the co-chairperson of the German Left Party (Die Linke) in Hamburg, Cansu Özdemir, and a group of 18 people were prevented from boarding a plane to Irbil for “the threat of damaging Germany’s reputation.”

Police also told the German news agency Deutsche Presse-Agentur (dpa) that they were unsure if they “could rule out any danger coming from members of this group that could potentially have long-lasting effects on Germany’s security concerns abroad.”

Last week, Iraq's Kurdistan Regional Government (KRG) stated that the PKK terrorist group has been sending members from Europe to northern Iraq to disrupt the stability and peace in the region.

The statement also said the preservation of the KRG's stability, especially in Irbil, is a red line and that will not be allowed to deteriorate under any pretext or group.

The ministry's statement also pointed out that if the aforementioned groups' intentions were truly peace and tranquility, they should focus on Qandil because the unrest and warmongering stemmed from there.

The Qandil Mountains in northern Iraq are the PKK's stronghold, and the group is active in many cities and towns. It occupies a large number of villages in the region and launches attacks on Turkey from there.

The PKK terrorist group has recently increased its multifaceted terrorist attacks by targeting legitimate representatives of the Kurdish people in northern Iraq, including Peshmerga forces and police officers, kidnapping civilians, targeting diplomatic missions and inciting peaceful protests to violence in the KRG.

The terrorist group, disturbed by the Baghdad-Irbil agreement of Oct. 9, 2020, that will end the PKK's presence in the Sinjar region, is trying to spread the instability it has created in other occupied regions to the north of Iraq with terrorist acts and to divert attention from Sinjar.

The PKK also accuses the Irbil administration of collaborating with Turkey in its successful counterterrorism operations in northern Iraq, while also attacking the KRG's Peshmerga forces.

Turkey has repeatedly urged German authorities to take action against the PKK, which has been outlawed in Germany since 1993.

The PKK – listed as a terrorist organization by Turkey, the United States and the European Union – has waged a terror campaign against Turkey for 40 years and has been responsible for the deaths of nearly 40,000 people, including women and children.

Despite its status as a designated international terrorist organization, the PKK has enjoyed relative freedom in European cities and has a particularly strong presence in Germany. PKK supporters have been allowed to hold rallies, recruit militants and collect funds in Germany, which is home to some 5 million people of Turkish origin, including Kurds.