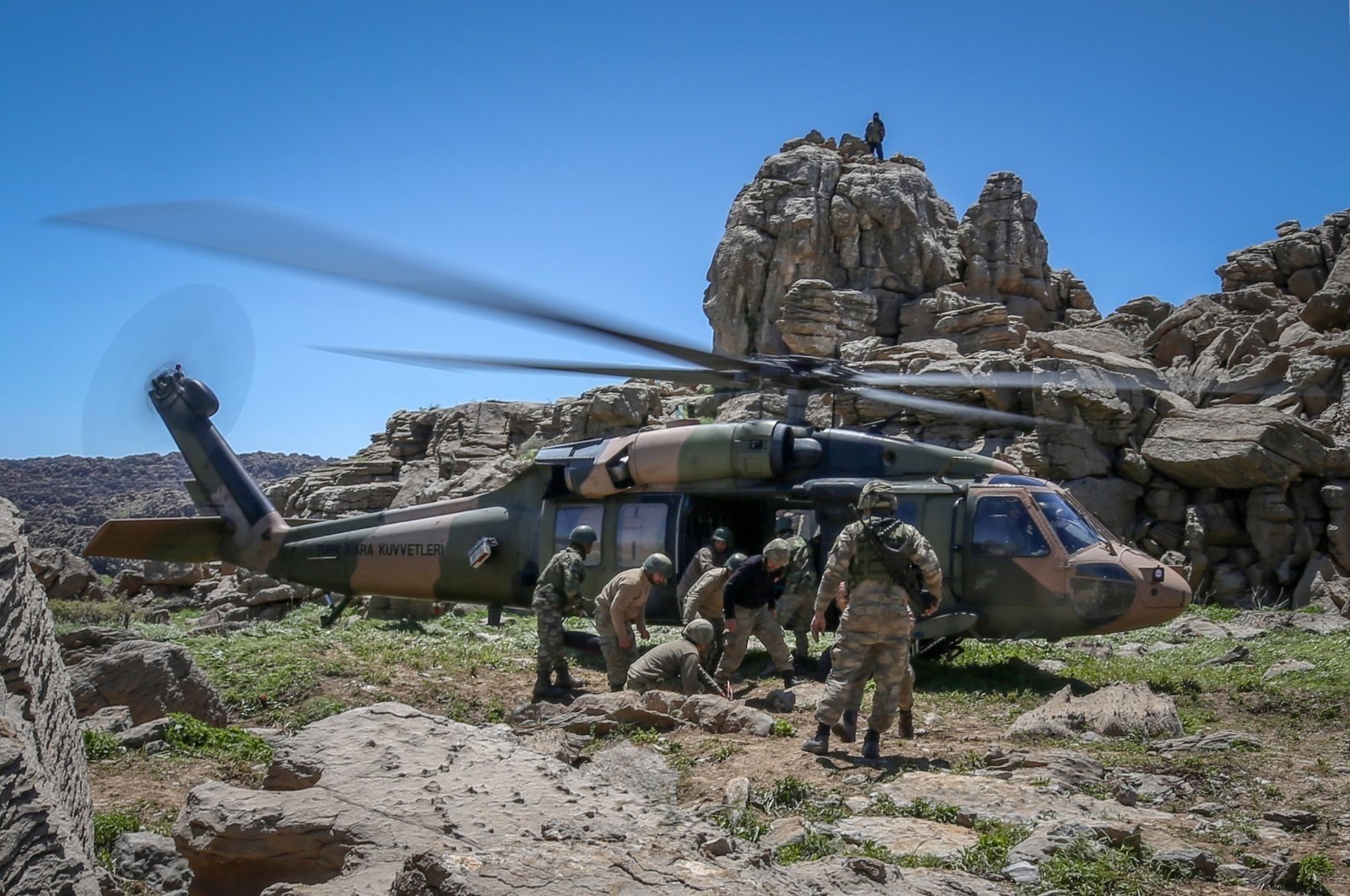 Iraq's Kurdistan Regional Government (KRG) on Thursday stated that the PKK terrorist group sends members from Europe to northern Iraq to disrupt the stability and peace in the region.

Releasing a statement on the PKK's recent attacks targeting Peshmerga soldiers, the KRG's Interior Ministry said that the PKK has always tried to interfere in its internal affairs and create instability, and as part of the organization's plans against the region, with the support of internal actors, many European citizens under the name "Peace and Freedom Group" were sent to the KRG to be used as a tool to destabilize the region.

The statement also said the preservation of the stability of the KRG, and especially of Irbil, is a red line and that they will not allow this stability to deteriorate under any pretext or under the name of a group.

The ministry's statement also pointed out that if the aforementioned groups' intentions were truly peace and tranquility, they should focus on Qandil because the unrest and warmongering stemmed from there.

The Qandil Mountains in northern Iraq are the PKK's stronghold, and the group is active in many cities and towns. It occupies a large number of villages in the region and launches attacks on Turkey from here.

The PKK terrorist group has recently increased its multifaceted terrorist attacks by targeting legitimate representatives of the Kurdish people in northern Iraq, including Peshmerga forces and police officers, kidnapping civilians, targeting diplomatic missions and inciting peaceful protests to violence in the KRG.

The terrorist group, disturbed by the Baghdad-Irbil agreement of Oct. 9, 2020, which will end the PKK's presence in the Sinjar region, is trying to spread the instability it has created in the occupied regions to the north of Iraq with terrorist acts and to divert attention from Sinjar.

Members of the PKK terrorist group sought to break into the home of a villager in the district of Akre of Duhok province, according to local media reports.

The civilian, who did not allow the terrorists into his home, had to flee to a relative's residence for his safety.

When the terrorists returned, they set his house on fire.