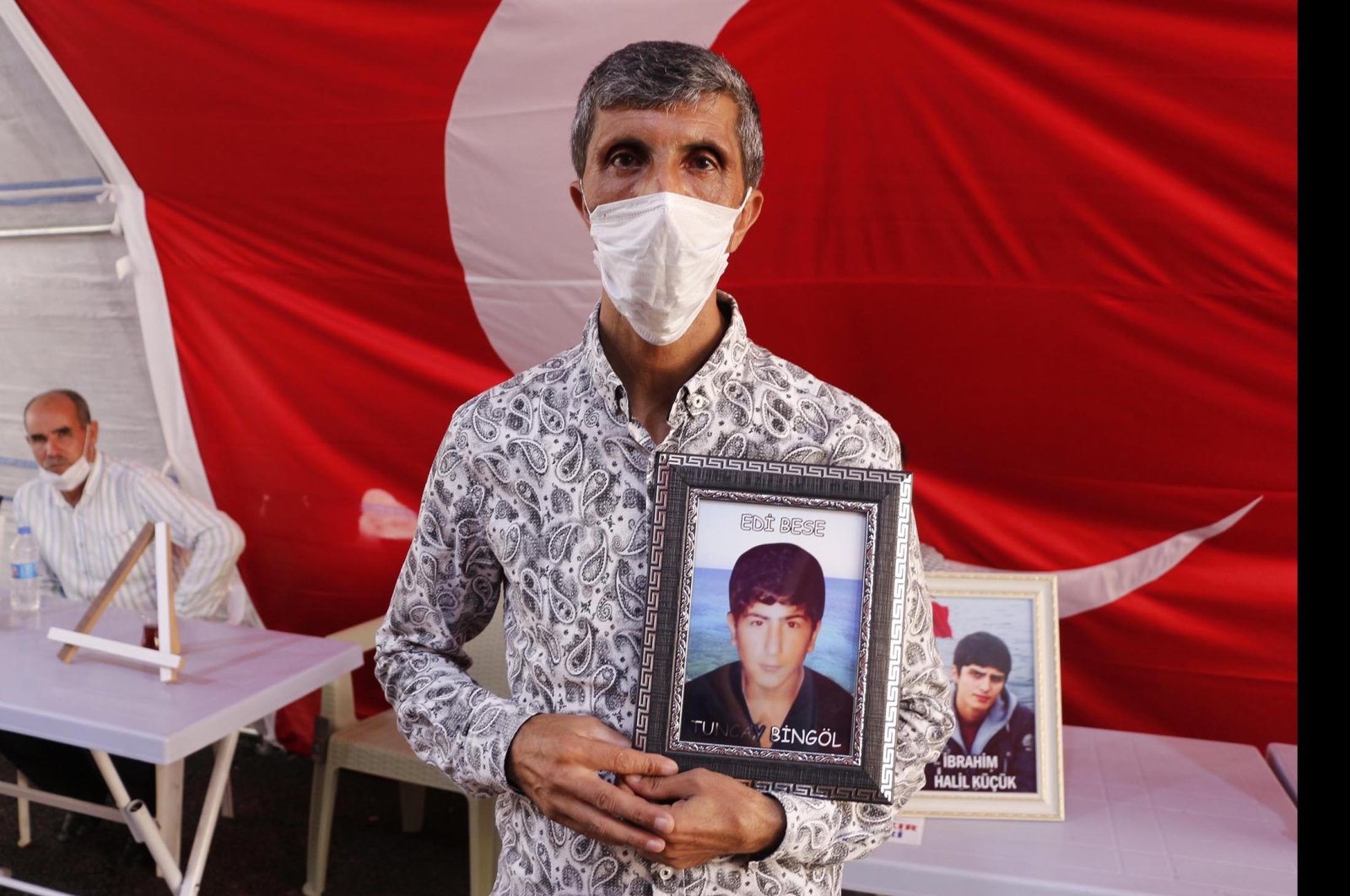 The pro-PKK Peoples’ Democratic Party (HDP) in Turkey is the main force that recruited children to fight for the PKK terrorists, a father who has been protesting his son’s abduction said Sunday.

Şevket Bingöl accused the party of acting as the main recruiter for the terrorist group and criticized it for failing to demand the children’s return.

“They claim to represent Kurds, but which Kurds do they represent? They are the representatives of Qandil,” Bingöl told Ihlas News Agency (IHA), referring to the PKK terrorist group’s headquarters in Mount Qandil in northern Iraq. He continued by saying that the PKK did not come from the mountains to recruit the children, but rather it was the HDP who abducted them.

The grieving father also called on his son to run away from the PKK and surrender to Turkish security forces. He assured his son that he would not receive a punishment if he turned himself in.

Bingöl’s son, Tuncay, who is currently 19-years-old, had told his family in 2014 that he found a job and left the house, but the family believes he was abducted.

Protests in Diyarbakır outside the office of the HDP started with three mothers who said their children had been forcibly recruited by the terrorists.